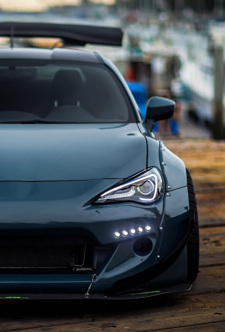 B0BI Feb 26, 10:59 AM
I would say Initial D is really iconic, especially the Panda Trueno 86. I find it unique that an anime covers Japanese subculture in a thrilling way. To this day, I haven't found any rivaling street racing anime than Initial D :)

B0BI Nov 26, 2021 8:03 AM
Yesss! At first, I thought it was just another average anime that a lot of people know of but never watch. Turns out it's very enjoyable and there's a lot more to it – from tactics, Takumi's character development, etc! Initial D definitely secured a spot on my top anime :D May I know your top 1 anime and why?

You may not recognize me, but I was ArcueidBestGirl lol

Rudolfpikel Feb 5, 2021 8:28 PM
Sorry, I realize it's been a while since you sent this, but I don't pay much attention to my notifications, so I missed it until now. In regards to your question, I would definitely recommend Spice and Wolf. I think it has exemplary characters and character chemistry as well as an interesting and rather unique narrative with its focus on economics. I do think its production is somewhat weak, especially for the first season, which is produced by Imagin, but it does still have pretty strong character design and background art as well as a great OST. I'm generally not a huge advocate of the three-episode rule because it is infrequent that I don't like the first episode but end up liking the series as a whole, but I will note that Spice and Wolf only fully sold me on itself during its third episode so unless you really don't like the first two episodes I would also recommend getting to that point before deciding to drop or put the show on hold.