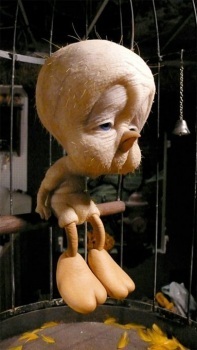 $ 2,500 build? with that you have a pc for many years, yes it is worth saving better for the pc haha

xA-2 Dec 22, 2020 9:48 PM
oh I see, I get that, now I don't read that much either. although it is not necessary for all anime. and there are some that don't last long, for example, the one with jashin-chan took me 1 hour to update it, and this manga is now +8 years old.
But not only to continue the story, there are manga that are classics, like Berserk or Oyasumi Punpun, they are mangas that are not boring. Although if I had to buy each manga that I am going to read now, I would not have much all these tbh. I download almost everything from anime, I only buy figurines, posters, etc.

xA-2 Dec 22, 2020 9:17 PM
oh it's true Yuru Camp, i forgot. super relaxing anime. I have not seen the others although I know them. You've seen a lot of anime, I still have a lot to see.
but you don't read manga? The experience can really be very different, I was forced to read manga because of Made in Abyss, I could not stay with the desire to wait

xA-2 Dec 22, 2020 8:41 PM
uhm normally i only watch anime now and the only show i hope for in 2021 is Miss Kobayashi's Dragon Maid, the third season of Jashin-chan or Dropkick On My Devil I don't know why, but I love this show. The new season of Made in Abyss, to see them all together. A sequel of Youjo Senki although I do not know if a sequel will come out next year. What about you?

xA-2 Dec 22, 2020 8:13 PM
Yes indeed i was expecting it, young people here have not experienced those great cartoons as they should, from looney toons to silly symphony, how nostalgia
Well, good pic, I had never seen it

Tahseen_Noor Dec 8, 2020 9:25 PM
Same situation here too. Studying, anime/manga, sleeping and eating. Every single day. No change since February. Anyway It's not boring because i have anime and manga.

Tahseen_Noor Dec 8, 2020 9:27 AM
Welcome my fellow weeb.
Yeah doing well only because of anime. Hope you are well too~