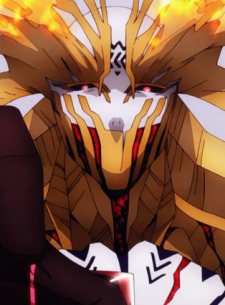 Tannhauser Jan 25, 3:44 PM
What made me interested in Epic Seven in the first place was Luna back when she was released, but I was a bit skeptical about the game for various reasons and never gave it a try until this summer when a friend of mine shared some screenshots and other info about it. I've been progressing pretty smoothly since then, clearing abyss, gearing my characters and getting into challenger in arena, but recently I've been feeling exhausted due to various life-related things, so I'm not as invested now. Overall, though, my biggest complain so far is that JP voice packs are lagging behind, but as for RNG, I guess it can get tiring if you can't get the gear/stats you want after trying month after month.
I like Princess Connect aesthetically, but there's no way I'm giving a chance to this localizer.

Yeah, that's a very welcomed QoL indeed, although it still takes some time to reduce the threat level for unlocking it.

Tannhauser Jan 11, 11:40 AM
Truth be told, I was cutting the number of mobile games I play so I'm not sure if I'll invest my time into the newly added mode. I had around 10 active gachas at a time, but currently I'm playing 4 semi-active (Genshin, Azur Lane, FGO, Shiny Colors), 1 active (Epic Seven, the one I started during this summer) and 1 non-active (Granblue Fantasy, doing only logins). You've pointed out one of my main issues with Azur Lane, by the way. Moving around the map, watching chibi fleet to move from one square to another and clearing one boring battle after another manually isn't a good experience to have and I'd probably appreciate it more if Azur Lane was the only mobile game I play.

Tannhauser Jan 3, 12:36 PM
Tedious? That's disappointing to hear. I don't mind higher difficulty and, in fact, that's what I wanted from Azur Lane for a long time - a valid reason to warrant the use of maxed ships, but if it's both difficult and repetitive then I'm not going to like it. I'm not interested in Hiryuu META design-wise so I doubt I'll try to get her.

Tannhauser Jan 1, 1:40 PM
I've been playing semi-active for around half a year and finally uninstalled the app during this August. The game has been stale for a pretty long time and I also had personal reasons to feel dissatisfied with how the EN team handled event schedule. I, however, reinstalled it again in October after reading that Mikasa's Oath skin has been added to the game. I'm of the opinion that AL has great character design, but lacks in most other areas. I haven't tried the new game mode, though, maybe it'll be more fun.

Tannhauser Oct 18, 2020 1:51 PM
According to the score definitions you can find in my about me section 5 is "fairly good", so statistically speaking I find most anime I watch pretty enjoyable.

Tannhauser May 23, 2019 11:55 AM
Yeah, pay to win system is an atrocious abomination. I used to play a lot in one mmorpg around 7 years ago, so imagine my disgust to the game when after pouring hundreds of hours into it being one-shotted by big spenders. It's like... What's the point in playing, then? The game was also pvp free, so you couldn't even avoid this.

To be honest, the only issue I have with gacha is the lack of pity system in some games. It's always better to have safeguard from bad luck and assurance that you're going to get what you want.

Spent 140+ cubes, no gold to continue at the moment. No Bismark in sight, but I've got all the other event ships.

Tannhauser May 23, 2019 10:18 AM
No, I chose Atago. I've been following Azur Lane since 2017 because I was interested in her and she was also the first one I've ringed, so it felt the right thing to do. If it wasn't for this I'd choose either Akagi or Graf Zeppelin, though.

Well, I'd say it's better to profit from cosmetics than from game changing items like many mmorpgs used to do in the past while also being pvp heavy.

I remember one guy in Granblue Fantasy paid around $5000 to get one character on a rate up which led to some sort of scandal, so the publisher returned him all the crystals he wasted (obviously they kept money for themselves lol) and introduced a spark system which is very similar to the pity system you've mentioned earlier.

Tannhauser May 23, 2019 3:48 AM
Oh, I never knew about this and to be honest, it looks rather counterintuitive. I wonder, was it intended to work this way? Nevertheless, I'll give it a try.

Graf Zeppelin is very useful, yes, but she's also top-notch in terms of beauty and style, along with a cool personality and voice.

I guess as player types go we're complete opposites of each other, I've always been a sucker for cosmetics in games. Having said that, I admit that skins are kinda useless, especially in Azur Lane since you rarely see them unless you're changing secretary daily. In addition to this, default designs of shipgirls are very nice and not necessarily worse than skins. But damn, to expand my docks to 500 like you I'd need to use 6000 gems and that's either 10 rings or ~6 skins :(.

The gacha in FGO is very depressing indeed. Considering that the main appeal of the game is to get servants you want, it appears to be rather grim.

Yeah, I also like how smooth the game is in 60 fps now. Although, another long update is kinda annoying.

Tannhauser May 21, 2019 3:49 AM
If you're interested in competing for rank I'd say losing is a big deal since the more you lose, the less points you can accumulate in comparison to your opponents. But if you're just farming for bulins (the only good reward in the merit shop), then I agree, it's very forgiving and non-frustrating.
Well, I don't think it being casual friendly is the only issue here. It's probably just lazy design, since to make interesting, balanced and challenging stages you need to allocate great amount of effort in it. In comparison, what we currently have is both unrefined and dull.

Graf Spee is okay, I don't like her base design, but her skins are cute. Still, I don't see myself using her long-term. Graf Zeppelin, on the other hand, is in my top-5 shipgirls.

Nope, I was just being lazy. As funny as it might sound I almost quit the game when I filled my docks a few months ago. Since Azur Lane is a collectible game, dock expansion is an essential part of it, but there is no way to expand without paying money. And, well, after I was blocked by this from playing the game it left a sour taste in my mouth. Like, if I'm buying gems Yostar will get money either way, but I'm losing on cosmetics/rings - things I actually want to buy. Basically, I felt being scammed and I don't like that. As you already know, I'm playing several gachas, so it's even worse from my perspective since I can just invest in another game instead and get better treatment as a customer. So after thinking for a bit I've decided to retire normal and rare ships I wasn't interested in and play passively, only hunting for the ships I want. My fleet tech is definitely gonna suck, though. I'll probably continue buying oath rings because I'm a fool, but I'll refrain from buying skins and other items from shop.

I suppose FGO doesn't have much content related to Irisviel?

Yeah, this update was quite frustrating and there are still bugs all over the place.