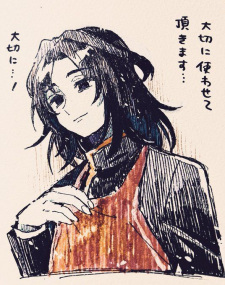 The garbage next door

RabbitTear34 Dec 24, 2019 5:07 AM
Sorry for my very late reply. You can send me a request if you still want to. I would always like to be a friend with someone who also loves YKK :3

Skittles Apr 26, 2019 11:02 AM
Please teach me how to become the best shonen protagonist like Sasuke Uzumaki. 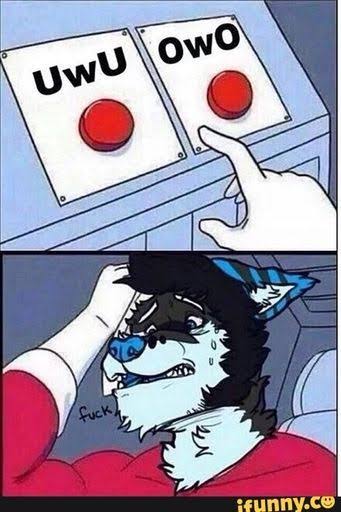 Jacopo is one of the more "human" character because of his flaws, despite having good intentions and his qualities. His lack of communication skills and trust issues eventually brought his downfall, depicted beautifully in Requiem. I appreciate that characterization.

There is a French track too(Michel's track). Latin and Italian makes sense(especially Italian because of Jacopo), but after reading door 2 I thought that the songs would be written in Spanish(because that was set near Valencia from what I know). No idea about why Portuguese was used, but I have seen in discussions that Portugese and Japanese have similar phenomes, so maybe it can make sense in that way(easier option for western setting).

Togata- Apr 14, 2019 9:39 PM
Yeah that riddle is explained in Requiem. Jacopo's character is not really difficult to understand from door 3, but yes it surely adds to his characterization (and his relationship development with Morgana).

I liked his "no nonsense" attitude lol, created some really funny moments in the last door. 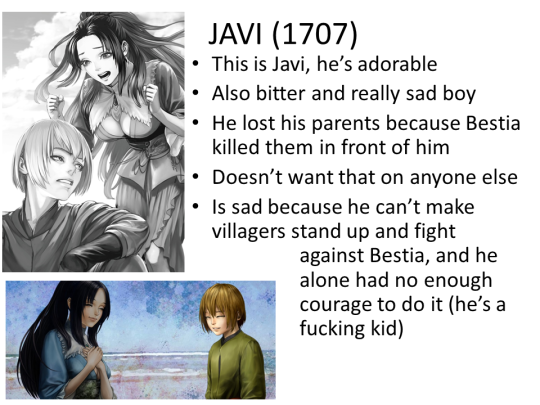 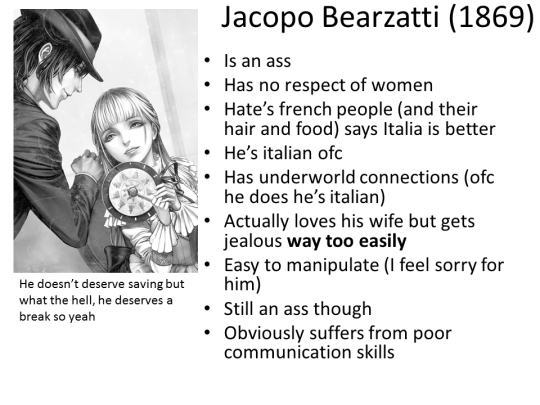 Oh and this was another neat visual trick of the VN, realized it during the reread https://steamcommunity.com/sharedfiles/filedetails/?id=1588729023

Togata- Apr 14, 2019 9:14 PM
You will read Requiem for Innocence too right? I think it's quite an important addition to the series, mostly for Jacopo and Morgana's characterization. The first half is a bit slow though, but it adds some necessary details as the "Salvage" chapter of Fata Morgana is told from an unreliable perspective.

And indeed Yukimasa Javi is the best character lol

If the cat had a collar, then I wouldn't even call him a stray because that means someone was looking after him. Whoever the villager was that killed him, then hid the event was really irresponsible and cruel.
Yeah, I never really understood hunting as a sport. I mean, we live in a world where you don't need to, so why do it fr entertainment? There's other ways you can get that same "thrill of the hunt" without actually killing something...

haha yeah, people living in Montreal actually aren't seen as very nice either. I mean, part of that might be cause I'm in Ontario and there's always been a rivalry between us and Quebec, but there is a stereotype of them being rude and bad drivers here lol
I'm sure it's just hyperbole tho xD
I've actually never lived abroad, which is unfortunate :(
The best I can get rn is visiting relatives in Europe, but I currently don't have plans to move out of the country for an extended period of time. It would be great though...

Togata- Apr 9, 2019 1:15 AM
Some people don't bother to check the backlogs actually, that's why. Same reason why few readers get confused with that twist in door 2.

The comedy is pretty nice, but the first part of common route was indeed quite boring. I heard good things about the routes later on so let's see.
Alright then.

Togata- Apr 9, 2019 12:57 AM
That's nice, you are aware of the foreshadowing of hidden content in door 4 right? Here is it if you are interested. First four doors implement some clever visual tricks, was really impressed with its execution.

Lol yeah I just completed common route of Rewrite after reading for so many hours.
Oh so I need to read episode 1 again after episode 2? Sure, will keep those in mind.

Oh I see, that makes sense.

Looks somewhat interesting, mostly because of the staff working on it. Alright, I will see if I can read it next month since I am going through Rewrite now.