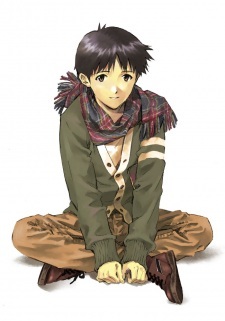 Kyleeeh 3 hours ago
Yeah, I get your point about autism, I hardly contain myself from saying what I actually think when talking to most people. Like I'm not sure if its autistic or not but when someone asks me how am I doing irl they expect me to say "fine" so that they can say what they did. Isn't it ironic how people ask you a question that they want to respond to because no one would ask them? Initially I was hurt by the fact that sharing how I was doing was considered weird or boring but later realized that they don't care about the response either way its just social dynamics. I still wonder if people are empathic enough to not realize this mind game and keep supportively listening to an answer to a question they never asked. Or maybe they listen to then mind game them back into listening to one of their story without realizing the social dynamics in place. Its all a big enigma to me. Anyway this is an example of autistic ramblings that I have with myself on a daily basis. When I tell people to not talk down on me and to give up their ego they get really defensive so yeah its a closed case since I am in the minority that doesn't like cheap talk and passive agressive bs, In conclusion the game was rigged from the start. Don't even get me started on how women and children are loved unconditionally but men always have something to prove to be acknowledged as not human trash. Being respected, now thats a whole different can of worms. Anyway, thanks for coming to my ted talk.

Also I added you on league on 2 accounts but there is not that much to do since you are lvl 7 so we will see.


Fun fact, I found this while typing my message since my vocabulary lets me down sometimes so I have to double check things haha

The words empathetic and empathic mean the same thing. Empathic is the older word, but not by much—it was first used in 1909, while the first recorded of use of empathetic is from 1932. Both words are derived from empathy, and you can use them interchangeably. In scientific writing, empathic is more common.

Kyleeeh Yesterday, 11:49 AM
Oh man, those words really warmed my heart. I wish to have something as heartwarming to say as well but whatever I can think of sounds really cheesy so keep in mind that I too feel the same way, I just can't quite express it yet.

As for the league talk It will really take a lot of writting and deleting because usually I get pretty cringey talking about things I like so Its better if I don't unleash my inner autism haha.

Kyleeeh Yesterday, 8:12 AM
Hey, I am glad you are doing better. I actually wanted to post a longer message pointing out how you have been more active around here and stuff like that but then I realized that I might be stepping on a landmine saying how good you are doing anime wise. It would have been really awkward if you watched more anime because you were sad but again I am glad the opposite is true.

It is really fulfilling seeing self improvement but it happens so rarely its hard to keep going sometimes. Actually it happens a lot but its hard to congratulate yourself for very small steps. Anyway feeling like a better person is always pretty neat. My motivations are kind of selfish since I have very few people to talk to so my objective is to better myself out of dignity and narcissism. Sanetoshi does not seem that far from reality now that I think about it. A part of me regrets delving into nihilism in my 20s. I could have been happy in a vain and bland group of people without even noticing it. To respond your question, yes I have been well, things were uneventful and thats the best I could ask for.

It is pretty weird how you can watch things you have seen in your puberty years later and get something new. It makes you think about yourself in a new light. I know I am always smarter than yesterday but I agree its pretty mindblowing how you can see self progress from something as simple as watching an anime years later.


Your description of Poppy was so wholesome to read. I can relate to it since I too like and relate to my league main more than the average player. I don't think you would enjoy me writting an essay on why I love illaoi but I totally get your point. If you play on the euw server we can maybe be friends on league too. https://euw.op.gg/summoner/userName=break+bad+habits

Kyleeeh Sep 16, 2:55 PM
To be honest I don't remember much about it but I remember not even finishing the first episode because something turned me off about it. You dropped it too so we might have had the same reason.

TheDeedsOfMen Sep 16, 11:57 AM
Yes, I saw it. MAL automatically sent the notification anyway. I was expecting more seasons, and here we go. Of course, I will watch every second of it.

About your earlier question, every 12-episode season so far has covered one volume of the novel. So if season 3 is 24 eps long, I imagine it will cover volumes 3 and 4. (There are 10 volumes in total.)

TheDeedsOfMen Sep 13, 9:11 PM
Thanks. I don't get all the controversy about the new adaptation. Are people wearing nostalgia goggles and upset about new adaptations on principle? If anything, the new one is more loyal to the source material and added important scenes that were skipped in the OVA.

Nashawk Sep 9, 7:53 AM
That's all good news !
About the peng novel, I already bought the first one more than 1 year ago, it came pretty early in my country. It was good, however, it lacks one essential element that made Penguindrum the masterpiece it is : the visuals. It's unfortunately unavoidable not to compare it to the original...

Nashawk Aug 24, 5:45 AM
No problem ! I also took quite long, as always. And it's always interesting to talk about anime and stuff with you.

How's JoJo going up until now ?

Nashawk Jul 7, 2:09 PM
Well, tbh I'm addicted to JoJo right now. It sucks that I almost entirely finished it. At least it won't ruin my exams in August.
I don't know if focusing on it is a good idea. Either you'll get into it unintentionally and won't be able to stop watching, or you simply won't get hooked. Part 2 or 4 are the ones that worked for me, and probably for many people. I would advise you to at least get to part 2, watch a few episodes without expecting too much, and see what happens.

I hope you're doing well :)

Nashawk Jun 15, 4:13 AM
Wow, I'm surprised. I've never meant to be "right" in any way, it was only MY opinion, but I'm glad we share the same now. At least concerning Tex, which I consider to be quite pretentious and depending on its ending. Plus, admitting you put it as a fave to look cool means so much about this show and the image it has on this website. I mean, Tex is automatically and logically linked to nihilism by people (which is indeed right) and then considered fantastic for this only reason. I always found it funny to hear people praising Tex as one of the smartest anime ever made while the same people complain about edginess in mainstream shows and lack of character development in animes such as Penguimdrum (what a joke, ikr). I'll end the roast here, but they have to remember that a slow pace plus dark themes don't mean it's brilliant in any way. It's not terrible either though. Anyway, I still plan to rewatch it one day.
Nevertheless, I don't know if I can agree concerning Sarazanmai. I mean, it's a good and original anime, nothing more. I wouldn't say it's a pure copy of Penguindrum, although it was inevitable that it would resemble it. I rather felt it lacked time to be more than just a crazy show with interesting themes and presentation that unfortunately don't conclude that well. And yes, I have to admit it, Sara ended up being a way for Ikuhara to fully embrace his fetishes, rather than using them for the sake of character development or even themes.

I'm glad you hold Princess Tutu in high regards from now on. I rewatched it 1 or 2 months ago and still found it awesome, although I realised I strongly prefer EoE or Peng, since their rewatch value is greater in my opinion.

I see you've started JoJo. Don't expect something incredibly smart or philosophical, it's only about fun and enjoyment. But this doesn't mean it isn't fucking well done (especially part 4).

kuuderes_shadow May 31, 10:39 AM
The e-book version of the first volume is out already. The physical release got delayed slightly and is now scheduled for 7th July. It'll be available in the usual places where books are sold.

KMSpico May 14, 6:21 PM
I think there is no need debating about penguindrum here XD. I just want to hear your oppinion about other ikuhara work

sockerdricka May 9, 3:28 PM
I finished it recently so I was just interested to hear some more from someone who really liked it, and get some new perspectives.

There was a ton of stuff I didn't pick up on while watching, but after pondering for a while and reading some explanations after finishing it I just think it wasn't for me. Makes me wonder about Utena which I haven't watched yet.
Like i said though it's always nice to hear things from a different perspective. You seem to be really knowledgeable about the director.

I can relate about having a hard time articullating your thoughts :)

Hope you don't drop anime altogether, there's so much great stuff to be discovered among all the lesser stuff.

sockerdricka May 6, 12:52 AM
Did you ever write a review for Penguindrum or compile your thoughts on it?
All Comments