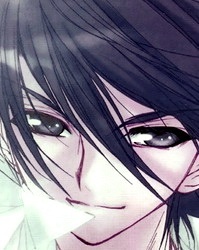 I just made my You Lie in April anime review, Heres the link: https://myanimelist.net/reviews.php?id=337896. I hope you check it out.

What's your opinion about the show? I am curious.

If you like and found my review helpful. I Appreciate the clicking the Helpful button.

LiedElfen Apr 16, 2019 11:52 AM
Well i only could say that if you find the episode enjoyable to some extent then you should probably watch at least one or two more episodes to see if it surprises you, i loved every second of the episode but i could see why some don't specially like the character tropes. Also i love that it is situated in Mars just for seeing the flying machines, if they give us to the background is only a nice plus to me.

LiedElfen Apr 15, 2019 3:11 PM
I was passing by and came to say that 99% of people just randomly meets, there rarely is the person that id actively hunting for meeting other people and instead most people meet each other in random situations. The first episode of Carole and Tuesday maybe wasn't the end all be all but it certainly felt like a super production and not the average anime, it felt more like an experience. Also the way they met was perfect to me, Carole singing that beautiful song and remembering her childhood while Tuesday stays still in front of her with her falling in tears, truly memorable. How did you find the episode(other than average) what were the good parts for you(it wasn't an albatross right?) ?

Kikoman589 Aug 16, 2017 7:07 PM
I came here from your comments on Love Live! Sunshine!! While I disagree with some of your points and your general attitude towards it, I think you stated your opinion quite well on the last episode, episode 13.

Mikuru is also my least favourite of the SOS Brigade. Chisaki might have been my favourite from Nagi no Asukara but I don't remember finer points of that show.

brianez Apr 11, 2015 10:36 PM
Thanks! Never heard of that show before. He looks like an interesting character.

rajin90 Jul 22, 2014 7:48 AM
hey i created a topic in MY TEEN ROMANTIC COMEDY SNAFU and wish to have your views.
hope to see your thoughts/views there .
topic is about YUKING CHAN LYING and HACHIMAN disappointment

Vladz0r Dec 21, 2013 5:37 PM
Heh, man I have no goddamn clue. Episode 10 was bloody as hell and I could've sworn they were shooting to at least show the bad end.......
Really, what is the point of teasing that much just to skip to the true end? It seems like this was a last minute change or something.

Vladz0r Dec 21, 2013 4:31 PM
Their brilliant idea was to have 2 weak final episodes instead of 1, just so it wouldn't have time reset KEY magic.
I don't like the decision to go this far with the show and end it so anticlimactically.
Even doing the time resets wouldn't have been as bad as this, especially since a lot of people will take it as a rewarding miracle.

Now it just seems like everything in the dream world was just pointless worrying.
But THIS has to be the biggest troll from JC Staff- http://www.youtube.com/watch?v=jNACXBZpDKc&feature=youtu.be&t=2m3s

I seriously thought that would be Riki waking up from the narcoleptic attack to see everyone dead, but I guess not.
I couldn't even take the girls' farewells that seriously because of where the show is headed. At least I got some Kurugaya http://i.imgur.com/1WGE3ug.gif

The adaptation doesn't even deserve to be called Little Busters. Every bit of comedy is terribly worse than in the anime. The animation is crap and inconsistent, and the directing is laughable. The pacing is awful. Every character is significantly worse and less dynamic than they were in the VN. The foreshadowing is excessive, forced, and unnecessary. Watching Riki in 3rd person help a watered down heroine in a watered down heroine route that is reduced to 25% of the dialogue, FRIENDSHIP via detatchment of the characters, lack of intimacy between the heroine and Riki, and thus the characters and the viewer, and bad pacing overall. The heroine routes are plain boring compared to how they should be. They seem to have no other way to make the how interesting due to their lack of talent and budget. Without going into specific detail, the anime is

barely half as good as the VN. I can't blame anyone for liking every other Key adaptation but this, because this doesn't even feel like "Little Busters" for 95% of the show. It feels like some scummy cheap adaptation stealing the name, and some loose idea of how the plot and characters are supposed to be presented. I don't care if you don't even like the characters, because on average, they're 1/10th as great and likable as they are in the VN. They lost their dynamic and developing personalities through the

poor series composition and voice directing in the anime.

If you did enjoy the adaptation, good for you. I'm glad JCS's interpretation of the events didn't ruin the experience like it did for a lot of people. Little Busters could've been something amazing, mindblowing, and repeatedly heartbreaking if it was done right.

So let me quickly reply to what you wrote, now.
- Yes. There is little engagement in the audience due to its presentation and changes from the VN. It wasn't supposed to be EXACTLY like the VN, but it was supposed to become more engaging and interesting through the transition to anime than it turned out. You pretty much have to find a time to watch it secluded and force yourself to pay attention in order to get engaged in it.

-I don't think their minds are reset in the anime. I think they couldn't keep deep memories beyond the world. The conclusion I came up with was that each girl retained memories of their routes being solved, but not their romance with Riki. The only girl who was able to do this, besides Rin, was Kurugaya, as her true end takes place in the real world and she remembers loving Riki. It could be a plot hole to retcon everyone's romance but theirs, or something, or it could be related to how memories are handled with the dream world, which was my impression from Kurugaya's route in the VN with how her memories were wiped.
**I wrote an explanation for her route in my gallery now, for the anime interpretation.

- I think a lot of VN viewers seeing Kyousuke actually suffering was pretty emotional.
One of my friends didn't even tear up for the farewells in the VN. He was too mindblown by the entire thing. In the anime, he teared up for episodes 9 and 10.
My other friend only teared up at the farewells, but on rewatch, he also teared up at 9 and 10. I'm in the same boat as this second friend.
And yeah, I really wish it could've been better done. I think the animation and direction was pretty good and stylish, considering the shitty budget this show has had, but it still could've been more precise, and they could've made it less of a recap, and more of something else.
And FUCK! They also cut down on the great moments between Riki and Kyousuke. Kyousuke's thoughts as Riki visits his room.
"I wish I could hug you right now. "
How rewarded would it make you feel if I were to praise you right now?
----All right, Riki, just follow me. I'll take down your enemy.
How secure would you feel if I were to tell you that right now?
But I hold myself back, gritting my teeth.
So does he.

In the VN, Riki was really on the verge of tears, and his voice fit a lot better at this point, honestly. When Kyousuke was like "Is something bothering you?" And Riki, with his voice trembling, responds "All too many things." It was amazing.
Watch for a few minutes- http://youtu.be/D8nhVWdnWSc?t=45m50s

They continued to detach Kyousuke and Riki, rather than focus on their reliance on each other during Refrain, which is making the series even worse. I didn't really realize how important Kyousuke was to Riki and vice versa until this arc, but that's barely established in the VN. The anime just sort of throws in the same flashback with "Kyousuke saved me!" over and over, and this kind of beautiful dialogue is just gone from the show.

- Kurugaya's route was butchered to shit imo, and her motives are completely off and inconsistent. One minute she says that she wished the days would never end because Riki wanted to be with his friends forever. Then she talks about how she wanted to experience love more often. They got rid of her diary parts, which built up so much tension and struggle in the VN. It was just bad in terms of buildup, even if the ending was sad. Kurugaya's character is extremely shallow in the anime compared to the VN because of this, and that's disappointing to see, because I'd like some instances of Little Busters' better writing to actually show in the anime, because it's admittedly not amazingly written in parts of the heroine routes.

-Yeah, I think that theory should be legit.