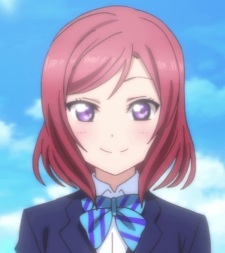 Eira_99 Feb 17, 5:46 AM
:o Someone who likes and respects Hanayo, and a Maki fan no less. You're a rare breed, so many people disrespect the rice queen. And for some reason I feel like it's always Maki fans that do it the most, lmao. Mad respect to you.

I greatly enjoyed it but I was planning to watch other series and never returned to it. Actually I am sure I watched S2. Reading the synopsis I may be confusing it with K-on's last season.

Yea, if I had the money to, I would like to study abroad and earn some form of diploma (I'm not certain what it has to be) so that I can become a music teacher in my country. Studying in Australia is a good choice since my own country only has 1 university for the selected subject. Which I heard from rumors saying it costs roughly 25000 USD.

I'mma go edit some quotes while I'm at it.. Can't believe I interpreted some in the wrong way..