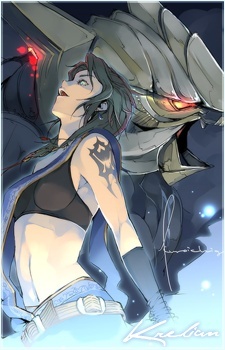 Crow_Black Jun 6, 7:40 PM
I just stumbled across your profile and i love your username and xenogears.

cyruz Jul 27, 2017 1:49 PM
Happy birthday, dude. Glad you're still around. Hope Friday goes by quickly and that you'll have a great weekend!

I've been there RE: manual labor. Some people can do that long term but I have to occupy my mind, just like you. Hope you'll get to do that more interesting part of your work soon.

I fully agree with you on the Witcher DLC. When the last W3 expansion came out, it came with a HUGE UI overhaul, that makes playing the game so much more fun. There's a term for what they implemented, something along the lines of 'gamer convenience.' To push such a big change many months after the game's release shows how much they listen to their community. Real champs, those CD Projekt guys. These guys are gamers first and developers second. It helps that they aren't being pressured into things they don't want to do by publishers.

Which brings me to Deus Ex: MD. It's currently suffering from a few technological problems. Some graphics settings are a bit too taxing and many users have reported crashes and stuff. I've only experienced one crash, which I was able to bypass by temporarily lowering my graphics settings (~1 minute). There are some controversies about microtransactions (You really don't need them. At all. It's just the publisher being very greedy.). The safest way is probably waiting a couple of weeks if you can help it before playing the game.

My game's running fine, full HD on High graphics settings, a few on Ultra, MSAA x 2 @ 70 to 80 FPS. Capped it at 60, so all's well. The gameplay itself is a lot of fun. It's basically Human Revolution 2.0. I've done one mission, which took me 2 hours, and I've been exploring the first hub area for 8 hours now. Stealth all the way. Takes longer but it's also more fun.

I don't think Cyberpunk is part of a franchise yet. Is it? I did see it though, yes, and I can't wait. It'll be a long wait but I have no doubt it'll be worth it. If Witcher 3 is what they can do in a sort of medieval/fantasy setting, the thought of what they could do in a sci-fi setting almost blows my mind.

cyruz Aug 19, 2016 5:34 AM
Changing positions sounds exciting. Glad you're doing well. My work's going alright - I'm not making as much as I want to, but they're screwed if I leave, so I guess that's good.

I've played the Witcher expansions. I'm close to finishing the second one, I think. This stuff is legendary, man. Best RPG I've ever played, and the devs are just as fantastic for supporting the game so long after launch. I still have enough time to play the games I want to play, fortunately. The new Deus Ex game is out next week and I am hyped! =D

If you find the stuff on MAL hard to read on your TV, try accessing the website from your phone if you can. We added a mobile layout a while ago. It's not complete yet, but maybe you'll find that easier to use. :)

I'm okay, spending more time on games than anime these days and the website keeps growing massively. I'm sure you've noticed a few things here and there.

Hope you've been doing alright for yourself, too!

napolean86 Aug 19, 2015 11:32 PM
Greetings. You don't know me, but I came across a xenosaga club you created. It looks like it's sputtered out but it's still the the most recently active xenosaga club. If you're interested, I have some ideas for hopefully reviving it. I've done it for two or three other clubs in the past.