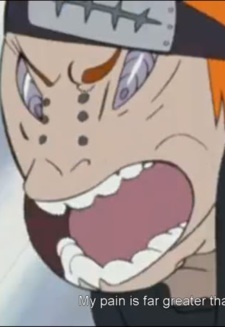 I see, welp, we all got our own individual taste then :)


I guess, I really have no idea much about this topic, I hope it will change in the future though

Yeah, of course, I literally left my own club a few months after starting it, I felt I didn't have time to connect to people through comments anymore and I'm a slave to the cards and to satisfy random people whom I have no real connection with, it felt empty, so I quit and wanted the club to die with it.


Are you planning to back to mal? where have you been all this time? how is life going for you?

Ichigo321 May 26, 2020 5:28 AM
BTS is one of the biggest boys groups in the world, and they are super rich because of that, billion of views on every video and people get obsessed over them.

K drama mostly aims to females because the plot always starts with a lonely average girl, then a super handsome guy falling in love with her and chasing after her.

Yeah I agree Reddit got less creeps in it, the only social media I use atm is MAL, but I think girls that use Instegram and Facebook are aware there are many perverts and weirdos there, they just don't care enough as long as they get attention.

Really? well of course not all 2000 members are active, but like at least 50 of them I guess?

Yeah actually most korean people feel old with this system so they prefer the international age to feel younger, since it's their actual age anyway.

Ichigo321 Apr 17, 2020 2:14 PM
Hahahahahaha I never understood why they're into K drama until I started watching some, well I guess it's because they got real people in them, stories sometimes inspired from anime and manga, and because the plot is pretty deep and attractive actors, also great music usually.
I'm personally not into BTS and K pop though.

Yeah I guess, still isn't worth it in my opinion.

Yeah I know, I avoid social medias, I don't find them interesting enough and I never seriously tried to meet new people from there.
I just heard that Discord got many creeps and not very safe to meet new people,
Games have creeps and perverts and weirdos too,
and all the other apps, don't have very good reputation, it pretty much leave only MAL as the safest site I can think about, tell me if there is another one I don't know about.

Maybe I considered only 2000+ members to a really active big club, it stayed for years active but because of like 3 people.

I see, well anyone that back from traveling has to stay at home for 2 weeks right now, and there is all the COVID 19 virus, so you didn't lose anything.

Hahaha well Russian people do celebrate it, some of them are Christians too.
Some Jewishes do celebrate New Year for the sake of celebration, I believe in celebrating it as well, it's fun :D

Also fun fact, there is a thing in Korea called a Korean Age, so basically, in Korea you're older in 2 years than your original International Age, so if for example I'm 21, then in Korea I'm 23.
Why?
1) when you're born, on your first day on earth you're already 1 year old, by logic of Korea.
2) on 1st January every year, another year is added to your age.

So, New Year event is kind of a birthday/ birth date in that sense, so, another reason to celebrate it, China and Korea work by that system :)

Ichigo321 Mar 3, 2020 6:52 AM
Yeah well, if someone is close enough we still manage to communicate quite often through Whatsapp,
I watch mostly K dramas now, I find them more fun and can relate better, they give me better inspiration, but I still like this site better than the k drama site.

I just don't get why people are desperate for a relationship and hook up with girls that are there originally just to give advice to people, and not search for any kind of relationship of this kind, it's like you can't make friends there, most of them are bluntly interested only in that.

Well, I was carefree on MAL because most of them originally looked for friends and not jump on you and hit on you, but I did consider from a young age that it's safer to speak to people from other countries than from your country because if there is a case they do find your address or personal information it would be too much of a hassle to stalk you or do something dangerous or uncomfortable, also being a minor back then I found MAL the only place to make friends online in since people tend to be more innocent.
I avoid Instagram, Facebook, Snapchat, and stuff like that, so I never got dick pick (only nipple pic lol)

Really? it wasn't that super active to me ^^;

I see, well I had time because I was sick for 1 full month, couldn't get out of bed so passed time on Netflix.

Why???? do you have a girlfriend now btw? because if yes she would probably hate to spend it alone, I was with my boyfriend in the new year, they celebrate it more than my parents since some Jewish people tend to not see it as a holiday-related to them.

Ichigo321 Feb 21, 2020 11:16 PM
Wow haha same, I barely make new friends here since I don't use this site that much
though I must say that as I thought when I was young, MAL is one of the safest sites for minors and for women, I have been in some Israeli advice sites, to pass time in boredom and such, at the same time helping people with their problems because why not, but seems like there are toons of guys that are desperate and think this advice site is a site for meeting girls for romantic purpose or hooking up, that was really weird, I don't talk to anyone there anyone lol too many weirdos

I don't use MAL a lot, but I use it to check new comments and to update anime I have been watching, sometimes I see people in appearance that look exactly like people that watch anime but they don't, it's weird xD

I think enough time passed, I did it for fun right before the army, I didn't have intentions to run it for years, and the manager got most work to do anyway since it's volunteering it's a lot of work.

Yeah, I did enjoy it very much, right now I'm watching the 7 deadly sins, long anime but I love watching it on my phone through netflix, second season is great.

Happy new year!! haha hope you had a good time

Nope, had to join the army so I paused it, tbh I quit watching anime also and I'm into korean dramas atm, but I still started now When they cry anime, just to mark for myself that I completed it ^^

Is there something that needs updating?