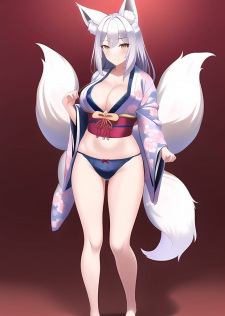 winddevil1 Apr 21, 4:42 PM
siren stuff is actually fun, and tbh was the only thing i could do, since i wasted all my oil in a few days :v before i even spent it on the level 4 food cause i didn't need it and instead needed the gold from the gifts but couldn't accept them LOL now i'm even doing random commissions that give oil, at least they pay up for the 1200 oil commissions :v i'm even doing some 2.1 farming with 1 star girls to pass time without spending much oil (last ander video lol)

i know Ander, but he (or someone else, maybe just3c) still says some blue items are better than some golds, for example that fast fire blue gun (76mm AA gun), i have it on ayanami, and i'ts in the guide :D
i actually have that gun on Belfast, wonder if i ever watched any video that made me put it on her lol are the other 2 guns in the tier list much worse on her? the guide says "the purple version of the triple 152 is better than the 155 , but with Belfast skills the 155 is good"

i always have too many purple bullins but no golden ones, and now i have multiple SR girls near level 90............... fuck my life, i've never done pvp but now i need some lol

not sure about seasonals, i barely started it, was trying to finish some from last season, and games were taking my time too :V

anyway... i started 6
the slime witch which i found fun,
the weak shit dragon .... i couldn't enjoy it, it's just the dragon screaming and running from adventurers... dropped lol
the "real rpg", they feel pain and stuff for playing it, but i found it annoying, people comparing it to konosuba tho...but dropped (guess i'm low on patience at the moment haha)
86 - hiru kinda made me start it lol it's somewhat similar to what happened with Hitler, whoever wasn't a certain hair color is thrown into a camp and used in war... it's somewhat interesting so far, the main characters go nicely together

also watched like 5 minutes of bakuten but need to watch it again later, it's about male gymnastics, it was pretty cool, seeing a bunch of guys doing mortal jumps and all that stuff lol

others i have to check
- Nagatoro-san - just like Takagi-san and Usaki-chan (2 of my favorites), a girl teasing the guy she likes, to the point that some people would hate her :D i don't need to watch or read anything to know i'll enjoy it
- Iruma season 2 , a human in a demon school, i found it pretty fun before, hopefully it's good again
- Shaman King , i forgot all about it, but i know i liked it as a kid, it's getting a remake now
- "i shaved and brought a high school girl home" - by the synopsis, the girl left her home, ended up going to other people home, often paying them by doing even ecchi stuff(???), but finally found a guy who lets her stay without doing anything lol not sure what to expect but could be a decent story
- sayonara Watashi no Cramer - something about female football
- Blue Reflection - mahou shoujo and possible yuri
- Seijo no Maryoku wa Bannou Desu (random isekai, 2nd person summoned decides to live normally, until she started to get people visiting her lol) , sounds similar to slime witch, maybe you would like it
- Mashiro no Oto (music)

also, i'm not going to watch, but from the synopsis, Fumetsu no Anata e (supernatural being transforms into other stuff to blend into society?) sounds like an interesting one

lastly, Sentouin Hakenshimasu!, looks and sounds like arifureta, i don't think i'll watch it but we never know haha 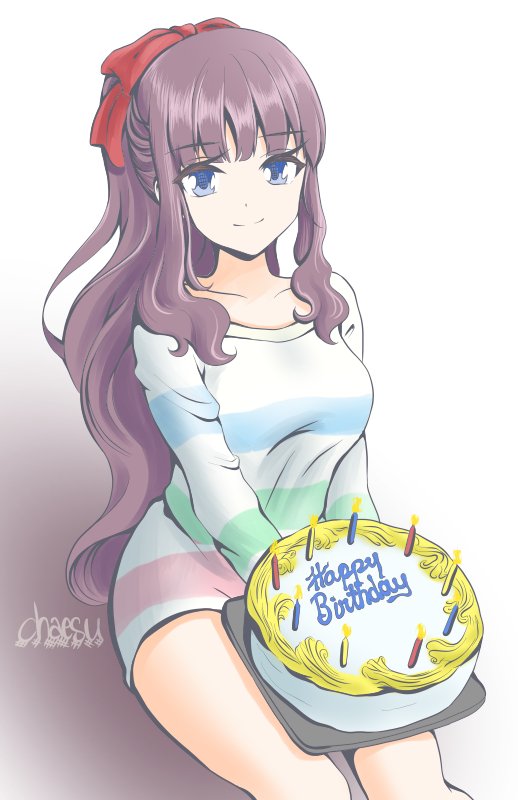 winddevil1 Apr 12, 4:01 PM
wtf, i was farming 8-2 to get the pink haired girl, after like 50+ runs... i saw the boss, but there wasa 3* big fleet on the other side of the map... i was like, this is a waste of oil but i wanna kill that one first... and bam, got the girl LOL guess following my heart helps more than doing the rational thing :D

so now i only need: (still way too many lol)


lol fun, for hiryuu meta, i only got the ship lke 3 days before the event ended, while for the new one i already got it in like a week, guess i'm enjoying spamming siren stuff now :D

yes it's an azur lane thing, i had my deposit full of trash equipment, so i ended up watching a couple videos about what gear to save (And tbh didn't learn much), and ended up just checking the discord server and with that got the tier list link and just started equipping stuff, now i just have to focus on getting some more op girls to 120/good gear, so i don't have to heal them everytime i finish a freaking map part :D one day i'll have some lab gear done, i believe :v
i use this tier list btw - https://slaimuda.github.io/ectl/#/home

also my collection is now at 422 ships, never thought there were so many :p

winddevil1 Mar 19, 5:33 PM
my God, after 2 years i finally decided to follow a tier list and correct equipment, i don't think i had a single correct equipment haha
then again, this is why i like to play multiple games, even if only 10 min a day, so when i decide to start focusing on one of them after an year or 2 i have tons of stuff unlocked :D

well yeah, we don't need to care too much about summons (unless it's a collab), since they come back later, but since i only missed 1 girl i tried anyway, specially since i had like 350 cubes :D
it's kinda annoying i can't get my stuff out of the giftbox while having full oil, ended up buying like 500 of those level 4 food so i could get some stuff haha

OH my profile LOL probably forgot to change her :v i still don't hate her, even if i don't like her as much as before
i kinda hated that kill scene, but maybe she deserved it for not killing first ... anyway...
also lol imagine saying "i don't care until ep 5 so whatever you liked is useless, worst comment ever :v
speaking of that, i'm scared, what will Eren do now? hope he doesn't do what he did episodes ago, but i bet he will lol


i admit i farm games in the background while watching animes, but i always pause the video when i wanna do something in game ...

i was looking at next season, so far i think i'll only check 13 and most of them are sequels lol maybe i'll finally start watching older stuff, i keep adding stuff i need to watch, now it's lovelive sunshine :D
yesterday i was looking at my PTW, trying to organize it a bit (making high medium low priority, as well as tags)... was on it for like 7 hours and not even done with half of the list, fuck my life, who would have thought that reading a few lines and changing a few words would take so long... haha)

Asuka is great :D anta baka? :p i loved playing with her in valkyrie connect (kinda stopped playing it) and now in Honkai impact

winddevil1 Mar 10, 6:13 PM
after doing like 50 summons yesterday, trying to get the last event girl, today i got her with my last attempt, i ended up with 100 coins and she came on last summon LOL love it :D
(inb4 i get her again tomorrow with my daily 3 summons)

winddevil1 Feb 22, 5:38 AM
Gabi isn't even on my actual signature, so that's not the point :v
(she doesn't even look like her, but the 5th is Airi from Gekidol (which you probably wouldn't like much either LOL))

if you're talking about the 12 possible candidates , well, yeah, lately she has been annoying (specially with the "other girl spoiler thing"), but you gotta admit the 1st episodes with her were great lol and she is not such a bad character when she is not screaming like an idiot, not to mention how strong/badass she can be (did you forget her "i'll go instead of wasting 100s of soldiers" from episode 1/2?)
after the last episode, she even lost her "ancestor" reason, which reminds me of what she said before "did you see Eren mother get eaten? why do i have to suffer for that?" but she is using the same "your 100 years ago ancestor" as her own reason ... i'll just pretend it's because she is a "brainwashed" kid and not because the author is an idiot who didn't think about this double edge reason :D


that being said, why aren't you watching stuff like Horimiya, Mushoku Tensei, Kimono Jihen or even ore dake dungeon? i'm disappointed lol

also, shouldn't you also hate tsundere characters like Louise? she is screaming half the time :v

MetaThPr4h Feb 21, 7:03 AM
I too stopped with watching challenges, to be fair a big part of it was how much the MAL watching challenge 2019 format sucked lmao, I noped out that time and never felt like bothering again.

I'm mostly hoping that I "evolve" to the point I don't stupidly force myself to watch things I don't like enough, I did a big step on that this season skipping and dropping what I didn't find good enough, feels great.

At the same time I don't find as many shows I love as I did in the past, seasonals included, maybe I just became harsher with my ratings tho.