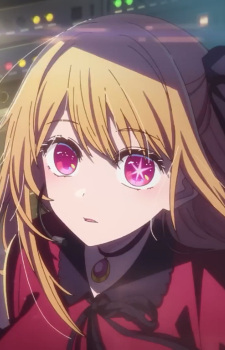 Ezekiel_01 Apr 3, 2020 6:45 PM
Yeah, I glad to hear you understand my point. I literally board on the first episodes until some more anime background especially Kakeru's and some interesting character develop like Prince who actually takes running seriously, I like as the series goes on, the spirit of team-work or nakama power is presented in a natural way. Everybody wants to feel special and nobody wants to be compared to other people. We always want to improve ourselves. It is nice to see Kakeru is not an actual asshole but a misunderstood person that some trouble communicating with his peers. He actually wanted help. The critical point for me in liking the show is when Kakeru helped his fellow team-mates especially prince. It is nice that Kakeru and Prince get along by sharing interest and knowing each better. Prince gives Kakeru a hobby while Kakeru teaches prince some techniques to improve his running. I always love to see give and take relationships, it feels normal for me since it happens all the time.

I made a review in Run with the Wind. Here's the link https://myanimelist.net/reviews.php?id=334140. I would like to know your opinion about the show. It will be nice if you have any opinions on my review. I am open to criticism. If you like the review, clicking the helpful button is highly appreciative to show your support.

The 29-30 minute singe-release OVA was *both* "episodes". The first half of the OVA - episode 1 - was the test of courage in the woods. The second half of the OVA - episode 2 - was the cute little Halloween party. After seeing your post, I saw you had set it as 'On-Hold'. So just wanted to give you a heads up that if you've seen that full 29-minute release, then you've seen 'both' episodes of the OVA. Hope this helps! :)