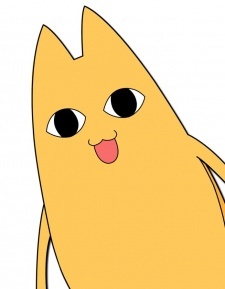 istheworstgirl Aug 4, 3:48 PM
based norio wakamoto fan. everything he touches somehow turns into comedy gold because of his voice.

ProbablyEnhancer Feb 10, 12:10 AM
Happy Birthday Keitaro, hopefully you enjoy it!

CrashD Jan 9, 7:59 PM
People's problem with Earwig is not just that it's CG, but how soulless the CG is done. The fact that it's a TV movie is irrelevant when a TV anime with a much lower budget like Land of the Lustrous objectively has more character and life put into the lighting and animation. Budget doesn't hinder artistry.

IndianAnimeFAn Jun 17, 2021 4:20 AM
Thanks for replying, I am thinking of sticking to cannon then.

IndianAnimeFAn May 4, 2021 1:37 PM
Did you watch all episodes of Keroro Gunsou or just cannon cause according to this site https://www.animefillerlist.com/shows/keroro-gunsou-sgtfrog it has a high percentage of filler, I just started watching this so I just wanna know if the fillers are fun as the cannon or not btw currently at episode 18.

LightQuill Nov 9, 2020 2:17 AM
Congratulations for being the only reviewer who made the connection to Cosprayers and Love Love, and fully understood the intentions of Cosprayers as a m.o.e. show.

davidman001 Oct 24, 2020 10:39 AM
i'm not 100% sure on this but wasn't keroro on Netflix? i never saw it there myself but i do see comments of people saying they watched keroro on Netflix, but it seems to have been removed. which is a shame. i agree though, sites like Crunchyroll need to pick up more unknown titles rather than the constant seasonals. but they won't do that, because it's kind of risky licensing an older show as who knows if anyone will watch it. that and most people on Crunchyroll and probably more interested in watching newer shows, which is fine. i don't think that's a bad thing. but it leaves a lot of amazing shows are left hard to find legally.

woah alisa gets naked too? ahaha, i've only seen natsumi, mois and momoka in the manga. it would be nice to see alisa too, she is my favorite non-keronian character. i remember thinking "what if kids who like keroro go read the manga xdxdxd." but y'know, the nudity is pretty cool. yoshizaki did not give a fuck what he's showing. i'm surprised about shin keroro getting hate, i think he is cool. but to be fair i've only seen him in the flash animation, so i imagine he is different in the manga.

and honestly, i think i like the anime more because of what it doesn't do, compared to the manga. yeah, nudity is awesome, but i also want to have a more wholesome experience when consuming keroro (xd), which the anime does provide to me.

davidman001 Oct 16, 2020 3:27 PM
oh wow. i guess i'm pretty lucky to have watched it now. then again, access to anime is getting progressively easier as the medium grows and get more popular. i would like to try to get more people to check out keroro, cause it's amazing. i watched it in 2 months ahaha.

great that you brought up how it adapted more ecchi parts of the manga (not the full-on nudity, sadly lel), i noticed that too. in particular i remember a scene at the start when natsumi gets trapped upsidedown by keroro. in the original adaptation they made her cover her panties, but the flash animation had it like in the manga, where she does not cover herself. it's a shame that the new series wasn't made very well.
i did like seeing shin keroro, that was awesome!

keroro gunsou will forever be a childhood favorite to me, and i'm quite glad i decided to watch it. i might read the manga soon!!

yes, the 2014 series wasn't very good. 2 things that stood out to me were the blurry backgrounds that looked pretty bad and, the worst of all, the new mois designs. poor mois... the gradient on her hair was horrible...