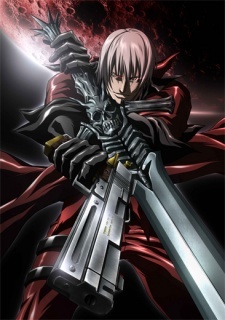 Deserada Mar 9, 2020 8:48 PM
Brother! I was surfing profiles and had to say hello. Great to see that you're still active. How have the forums been lately?

katsucats Feb 14, 2020 10:22 AM
I find that flat forums can't support the level of discussion that I desire. Most people are too lazy to quote multiple components in a post, and if they do, it becomes disorganized fast. A number of conversational threads can appear in a typical forum thread, distracting from conversations and making them hard to navigate. People who post one-line responses to topics will never dive down into the specifics of a quote chain if it required them to do so; and so they should exist on separate pages. Posting a review in a forum structure also ensures that the thread diminishes in visibility after like a single day when the thread is pushed onto the second page, whereas reviews associated with a user and a show remains relevant for that show. By default, I plan to show reviews for a particular show in a purely random order.

People need to stop thinking of reviews as this sanctified piece of work. This is an anime site, and yeah casual discussion exists, but for the most part people want to talk about anime. If you watch one show and have some comment about it, even if that's just one line, it's a review, and also an entry point to a discussion. A review isn't a separate entity. If you rate a show a 7, how nonsensical is it to then write a review claiming the show is a 5? No. When you rate a show a 7, and you enter some comments about it, those comments are either public or private -- and the public comments are essentially reviews. Then people can look up particular shows or users and discuss the articles attached to their accounts. Neither the discussion aspect nor the review aspect have to be afterthoughts that somehow seem independent from the other site functions like I feel MAL is. In MAL, I can write a blog, review, recommendation, or post in the forum, and they're all somehow in completely separate, non-interactive, sections of the site. It's like they wrote a bunch of features to be this jack of all trades but never cohesively integrated them into the vision. Reviews, and blogs about anime, should be central components of your list. The forum discussions should revolve around your list. The list should be what you log in to, not all this other junk. It's logical that I'm able to see your thoughts about the anime on your list -- from your list!

It's easy to prevent bots from signing up.
1) Implement a CAPTCHA on sign up and first several sign ins.
2) Temporarily disable or slow down responses to accounts that make over X queries in a minute.
3) Require a one-time dual authentication factor (which proves that the user has a real phone) using Google Authenticator app
4) Yes, I think scores could use a level of decorum, such as that more activate participants contribute more to the score.
5) Or that the raw score could be published, and then various scores given according to some formula. Like for example, we can try to "normalize" scores for each list. If you rate all your anime 10's, then I could average them out and make them 5's instead. And if you only rate using 6-10, then I stretch out the scores to make them 0-10.
6) We can also reject outliers on some standard deviation curve.

Ultimately, I don't give a shit about scores. People who worship the score can use MAL for all I care. Probably multiple scores will show people how arbitrary this all is.

Finally, the quotes show up as little avatars floating in between the lines. You put your mouse over it, it highlights the text it responds to and shows a preview. You click on them and it opens up a new article into their full response. You highlight any part of an article to respond to it. Think those spammy adwares that used to get installed on your browser sometimes that deliver contextual ads based on the words on screen, except instead of delivering ads, the users themselves are driving the appearance of those bubbles. You can turn off, increase or decrease the amount of comments with a slider. You can sort the comments by latest, most upvotes, prioritize people on your friends/respect list, hide comments marked spam, etc.

Anyways, this is all very tentative and the design subject to change. But like I said, I'm sure many people are totally fine with what MAL is and will continue to use it. I'm laser focused on the subset of users that desire deeper conversation that is currently being stifled here. It will probably never be as big as MAL, and I don't want it to. Although to be honest, unless users want to be able to explore voice actors from their lists (which I will not support), just from a list design perspective, I think it's very easy to beat MAL. I'm surprised people haven't done this. Probably having to maintain a database of anime is a reason. But for example if the MalGraph guy maintained a database, his list features are waaaay better than MAL already. So if people just want to build lists and aren't worried about talking about anime, I mean I don't see why all the anime sites look like they're stuck 10 years in the past.

As for databases, don't get me wrong. I have no intention of properly replacing MAL, which would require management of an unwieldy amount of data. Let MAL be the listing site. I'm interested in anime discussion and reviews. This forum format, using BBcode, based on phpBB, was initially released in 2000, and new sites today are still clinging to it. Sure, they use asynchronous updates now to load a site continuously like Facebook, but the format remains the same.

Getting members is a process that takes time and marketing. I'm not worried. Every idea that I have is an idea that I would use even if no one else did. I would use my own site to write reviews, etc., with more flexible listing features and review tools. If the site never takes off, I don't mind. This isn't my get rich quick scheme, in case that's what you were thinking. I'd imagine it would take half a decade to make an appreciable dent in MAL's ad revenue. Not that I'm interested. I'm just tired of another forum mod telling me I'm discussing anime the wrong way, and the outdated tool set MAL has. There are a lot of small improvements, no innovation.

If I make a site, the discussion unit is a review. You can write your review however you like. You can rant, write "objectively", or anything in between. There will be no mod telling you you're posting the wrong way. And then people respond to the reviews directly. And the reviews can have episodic granularity, you can give episode scores, a cumulative score for everything up to the current episode, high/low expectation scores (because this is how I personally rate anime). And there will be a graph in your list for every anime you rate. I'm currently writing a tool that would allow you to respond directly to selected quotes in-text, and your response will show up in the part of the review you're responding to.

Anyways, it's hard to describe everything. I enjoy building tools. Whether anyone use them is another story, and one that I'll probably have to work on, but at some point in the future...

I've already scraped some 16k anime basic info off MAL. I don't know how I can keep up to date with the latest seasons without a large cast of philanthropic moderators willing to work for free, but the goal would be to build the platform first and worry about stuff like this later.

katsucats Feb 14, 2020 12:55 AM
The whole point in prison is that you wouldn't have a chance to monkey up. Do you recommend any good vacation spots in SE Asia, or are you too busy tutoring biology lessons for that?
I posted in a few threads during break time. I finally have the concrete plans to build a better anime community site. Seeing how shitty MAL is keeps me motivated.

I'm not sure when's the next time I'd post anything on MAL. Better to just use as a diary and record anime watched than participate sometimes.

I know, but it's like subtle ways of insulting each other without directly being an insult. Insult is probably no the best word for it.

Mimurona Jul 28, 2019 1:15 PM
Nothing is better than getting banned for a sarcastical joke.

Dude,where were you this whole time?
Bet I joined too late...
All Comments