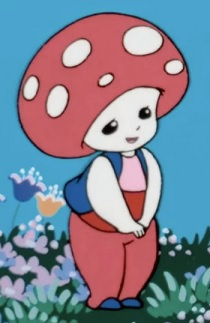 But, if I have to go into it, it's always going to be a mixed bag of feelings. If an anime or manga is straight up labeled as actual yuri and delivers little to nothing in the department of romance and romantic feelings between the girls, I may chew it up for the cuteness factor but overall am left feeling empty, especially with open endings.

On the other hand, if an anime (typically SoL) does not hint at any romance but then shows several hints of romantic subtext, I may feel more invested in the non-yuri "yuri" anime than the other shows advertised as yuri but having endings like Blue Drop and Sakura Trick (bffs amirite).

Now, onto why it's not popular. I'm a 25 year old massive dyke who's been watching anime since I was 5 and fell into weeb degeneracy territory at 11 - which, to sum it up, means that I've seen the industry change but somehow maintain that status quo when it comes to yuri.

Older yuri anime tended to treat it as a sweet, pure, phase of young girls' lives, or as (still currently) usual, the forbidden love trope. It's like they HAD to have competition with male characters if they were gonna tackle lesbianism in the damn cartoon. Utena is an example of this (excellent show, but still). Newer anime, in my very personal and exclusive opinion, has gems like YagaKimi and Aoi Hana, as well as a bunch of good manga who will never see the light of the day on TV (both comedy and drama alike, I do lack experience in more adventurous series that are also yuri as I have mostly read SoL). Nonetheless, it still suffers from the incredibly annoying bait thrown at the audience because Japan is still racking on them sweet "pure, forbidden" tropes without focusing on actual closure in lesbian relationships. It's weird to me, maybe it's because I'm a girl, but I don't know.

The community is polarized because some want juicy scissoring action, others just want the subtext and "purity" with no real closure, and others strive for stories with depth that may demand too much emotionally from most of the watchers, for some reason. If there's one thing that I don't believe changed from decades ago, sadly, it's this: yuri doesn't sell. At least not as much as harem, shounen, hell, even yaoi. And because it doesn't sell, studios just settle for the safe route and dangle in the success of shows like Madoka, selling the relationship between Homura and Madoka, which seems pretty obvious (from Homura's stance) but is never really the main point of the show (romance wise, one-sided romance every time). It's safe to not have the girls "committed" to anyone, how else would the weebs feel entitled to their waifus? Something like that.

Man that was a rant, I apologize. As for new entries, I am saddened to say that (anime wise) I haven't seen much. I tag every yuri themed series on my list here so I can watch later, but as of 2020, I only know of https://myanimelist.net/anime/39790/Adachi_to_Shimamura which I frankly don't have very high hopes for. Don't get me wrong, it doesn't look terrible, but I think it may lack the sweetness present in shows like Kase-san and the good character writing like in YagaKimi.

Sorry for the long, late answer. Eizouken was beautiful and a great refreshing breath of air since Girls Last Tour.