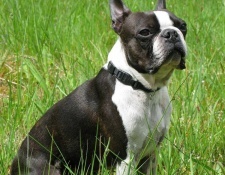 Ryuseishun 3 hours ago
I do remember seeing a few strong women who partake in fights during the series, though I didn’t find them necessarily well written lol.

SquanchDaddy Sep 21, 9:12 PM
Bro no offense but are you a massicist? You literally don't seem to enjoy any anime or manga at all

LoneTrain Sep 8, 4:52 AM
Using fastforward mode 3x I finally managed to finish that awful and slowpaced Shit of Reca tournament just to say that nothing much happens, in the end it doesn't matter if you see the first or the last fight of the eternament, by the way, what a shity fight that against Kurei, and what a horrible ending hahahaha

LoneTrain Sep 6, 2:24 PM
Despite everything, I intend to read the manga to know if it's really a problem with the anime or the original work itself is complete crap, I need to prove it.

LoneTrain Sep 6, 2:22 PM
Exactly.
I hate using such feature
but after ep 12 I've watch in 3x fastfoward
everything is very slow in the anime bro
looks like dbz
keeps showing the scenarios, then the character by an angle powerpoint belike
after another angle
That's what makes a shitty anime without having the money for it.
Production is kinda good
Cool design, detailed art, sometimes you can see 3 layers of shadow on the characters
But the problem is that very little things happens in an episode
In addition to several plot holes like why they implanted these ARMS on babys and send them away instead of raise them to be soldiers for his purpose, It's too lame plot...

Like that
-villain appears to finish off the heroes
Villain leave it for later
Villain appears to detonate a research area there where the heroes area, but then...
-Forget it, let's go back
One good thing is the aesthetics of the anime
The rest is very slurred and weak dialogue
Not to mention the out-of-hours drama that is always present
T broke the dick there
there for everything
Pro prota reflect
With some fucking boring music

LoneTrain Sep 6, 5:05 AM
I'm on episode 15 and bro... this is kinda boring and low pacing.
I think the main problem is the poor direction and the dialogues, it's so cheesy.
I'm just watching this because of the aestethic and I'll continue on manga when watch the complete first season.
Too bad, nostalgia sucks =/

LoneTrain Sep 5, 4:46 PM
Right now i'm watching Project arms, what do you think about this show? I personally think it's too slow and has some plot holes.

LoneTrain Sep 3, 10:19 AM
I have yet to see more of her through manga, but she seems to be the only interesting female character.

Did1268 Sep 1, 8:26 PM
I wouldn’t call someone who writes something they love an asswhole just because you didn’t find his works appealing. I would call a guy who insults someone for no reason an asswhole.

MxS7HGS Aug 15, 10:55 PM
Christ. Your average rating is only 3.8? I think you're torturing yourself by watching anime. Just stick to watching telenovelas such as Yo soy Betty, la fea. lol
All Comments