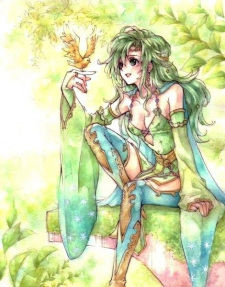 Kishbokai Jul 26, 1:05 AM
Well, going off the first two volumes, he is suffering by being a half-ghoul but you have encouraged me to read the rest of the series to see it all unfolds. Was it only that statement that made the fanbase bad or was there even more bad things about? Hahaha, that's the funniest description I have heard of kaneki and I do hope the series turns out good for me.
That makes sense considering the opening song in 2011 never changes, but one day I will watch the 1999 version. Also are the Hunter x Hunter movies good or not, and who are your favorite/least favorites character in HXH?
That a interesting choice, I usually don't hear other people talk about that one but for me it has to be One Piece. One of the best shounen out there with the best characters, gags, and story with a honest to god fun read/watch.

I feel like saying, "I live in America" summarizes it up but to explain further its a mess. We have anti-maskers protesting with Black Matter lives' protesters (I think that is still going on), We also have 4.25 million cases (number one in the world for that) with a death toll of 149K, the government having no idea what to do, and people are still going to the beach and celebrating national holidays in large groups. So essentially its a mess and I regret being born in America in this time scale. I predict that at the end of 2021, we will still have coronavirus cases. What about you, how is your country dealing with it?

Vakari Jul 21, 8:42 PM
Sure. I highly recommend Ookami Shounen wa Kyou mo Uso wo Kasaneru if you are looking for romance. It's short but really good. Other good romances I can think of are Maison Ikjkoku if you haven't read it and Nozoki Ana. Hitoribocchi no ○○ Seikatsu is great. Youjo Senki is ridiculously awesome but pretty dense. Have you ever tried To Love-ru? The original manga is pretty average but the sequel is my favorite ecchi of all time.

Kishbokai Jul 18, 3:17 PM
I understand Kirtio but I like Kaneki as a protagonist (At least from what I have read of the manga which was two volumes). Why do you not like Kaneki.
I have heard rurouni kenshin is a great manga but since you have seen the original HXH, for you which is better 1999 or 2011?
I got into anime by a recommendation for Attack on Titan when I was 11, while it cursed me at the time it also fascinated by anime so I continue watching.

What's your favorite/least favorite anime movie, and if you could read/watch something for the rest of your life what would it be?

Also feel free to ask me any questions.

Kishbokai Jul 2, 10:02 PM
I have heard of Captain Tsubasu but not of Inazuma, and if Inazuma was suppose to be a realistic that would be annoying. I haven't finished Sword Art Online, but is the most hated anime ever so no surprise there.

What are so characters you hate and what bought you to anime?

Kishbokai Jun 24, 10:33 PM
Well, I only Rem as much as I do because of her speech to Subaru and hoping she can convince Subaru that she should be his girlfriend and I haven't seen Toradora yet so no comment.

Any underrated/overrated anime you like/dislike?

That ok since it takes a lot time for me to reply to others too.

Vakari Jun 24, 6:36 PM
Yeah. I don't get it. If you don't like something, don't play it. Who cares? It doesn't look interesting to me so I'm not going to buy it...I don't see why it has to be more than that. I don't understand why people get so upset.

Kishbokai Jun 18, 6:18 AM
It really amazing (expect the ending part but otherwise a great series). I haven't seen the anime but the first two volumes for manga were decent but maybe it got bad after that. Who are your favorite/least favorite characters and do you have any waifu/husbando?

Kishbokai Jun 16, 4:48 PM
Just from the cover of Coelacanth it seems like a cool manga so I will check it out at someone point.
I haven't finish Cowboy Bebop, and while I agree its a amazing anime I, personally, don't like episodic episodes (I'm on episode 11 or 12)
Have you read DICE and what the worst anime you have seen?

Kishbokai Jun 15, 4:07 PM
Thanks for accepting my friend request.
Two questions:
Which manga is your profile picture from and what is your definitive, favorite anime?

Vakari Jun 6, 6:40 AM
Yup, 2020 is pretty bad. There isn't a lot of protesting in my local area and all of it is peaceful. I support the protests, though the people who are rioting and stealing are helping no one. The police in this country are out of control in my opinion. Something needs to be done about the fact that they can assault and kill people with no consequences.

Vakari May 21, 4:48 PM
Yeah, I played it. It was really fun. I even beat it a second time on hard mode. I didn't mind any of the changes until the very end. It was bizarre and I hope that it doesn't mean that the story is going to change drastically in the following games. I'm still looking forward to the next one though.
All Comments