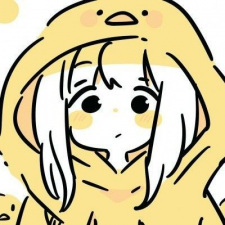 BerdThAnimated Sep 10, 12:41 PM
hmm, is that quote at the top of your profile swedish or norwegian?

jimanator Aug 15, 6:02 PM
MAL wont let me reply to your message T-T
sure thing. i'll take either, or both if necessary. check if someone can handle the other tho please.

MacerV Jul 28, 4:34 PM
Yeah most shows have some kind of faults, but I thought it was one of the better surprises of the winter season and top 3 shows that I enjoyed watching at the time. While the ending might not be satisfying I think I'm more or less just come to accept the fact that very few anime get a second season and that if I want an actual ending I need to read the manga.

Akaraed Jul 1, 5:50 PM
Very cute Bocchi, I'm like her rn but less excited about what to do tomorrow XD
There will be a time I'll join the roulettes again. I promise.

ShadowMonkey Jun 17, 7:31 AM
My Ghibli marathon has reached the 2010s and I just saw Poppy Hill...holy crap, this was absolutely wonderful! Definitely entering my top 5 :D
People tend to downplay the more grounded films like this one and Only Yesterday when they're in fact some of the best the studio has to offer.
I don't really get the hate for Gorou in general tbh. Ged Senki was pretty good in my book.

vinroy11 Jun 14, 10:45 PM
What would happen to my position on the Manga Roulette #40 if I were to drop Dengeki Daisy instead of finishing it? It's an objectively good manga, but I just can't keep forcing myself to read through it...

ShadowMonkey Jun 10, 4:45 PM
I'm LOVING it. Why did no one tell me this was so good lol
You know I ain't much of a binger, but here, before I know it I've read 10 chapters hahah

SweetKiichigo May 4, 6:12 PM
Same just watching anime. Are you watching any anime atm?
How flexible are you? You don't have a particular diet?~

SweetKiichigo Apr 26, 5:58 PM
How good are you in yoga?
I used to be able to touch the floor with my forehead during stretches but now i can't really go too down.

how was your weekend?~

ShadowMonkey Apr 24, 7:19 AM
Yeah haha, I think I've even seen one uploaded as the other on some site

Still recommend the thingy, though. It's a dreamy, Ghibli-like adaptation of a classic Japanese novel by the legendary Kenji Miyazawa

ShadowMonkey Apr 24, 6:26 AM
Did you watch the wrong thing?
https://myanimelist.net/anime/1441/Ginga_Tetsudou_no_Yoru?q=ginga
lol

ShadowMonkey Apr 16, 3:47 AM
Oh I completely forgot to tell you I've watched all of Kara no Kyoukai
Overall I'd say I have kind of a love-hate relationship with the series. The things that bug me the most are how most of the movies focus on a side character that doesn't get to have a huge amount of depth from a single 1/2 hour movie and is thrown away right after, and also how the mystery writing isn't super streamlined, to the point where a bunch of the movies end up feeling like the catch is "let's use keywords for an hour and a half to confuse the audience and then after the exposition dump people will go 'woooah that's so smart' ". 5 was the worst offender iirc.
I'd say 7 shined the most in the mystery department. That was the one where you as an audience member actually went on an information hunt with Mikiya and there were some high stakes involved regarding the actual main characters. The build-up created for it by the other movies beforehand was amazing as well. It's also my favorite in the character department, alongside 4 and 8. The main characters and their interactions are where the series truly shines, I feel like. The themes of identity brought forth by Shiki's situation are excellent, Shiki and Aozaki's conversations in the fourth movie are very interesting and insightful, and I don't remember the last time I was rooting for someone as much as I did for Shiki and Mikiya. If the series had focused more on these characters and them solving the mysteries instead of shifting the focus on the throwaway side characters, I feel like it would've had the potential to be up there with my favorites.
In the visual department, it was mostly good. Very nicely done digital animation with some great character art. However, every once in a while there'd be a taste of jank, like that terrible swordfight between Shiki and her dad in the second movie. The sakura petals were also very clearly rotating 3D objects in that one, and the camera was going apeshit with the depth-of-field shenanigans. Even #5 which had some nice sakuga and very interesting architecture, would still have characters move awkwardly or seem like they're made of rubber during some pretty important scenes. Things like that were pretty distracting.
What can I say about the music? Yuki Kajiura at her finest. I find myself listening to Kalafina almost every day, hahah

btw, the manner movies gave me Fate nostalgia so I'm actually seriously going at it this time, a year-something later. I've finished the first route and am onto UBW. Actually gonna finish it all this time :P