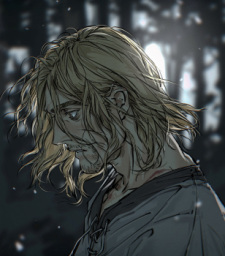 MireyeFal Sep 21, 10:33 AM
I actually haven't watched Made in Abyss, beyond the first episode. Maybe I should go do that?

Preachee Jul 21, 2:59 AM
Well it doesn't matter if what you said was a joke or an actual statement of your own belief, because it's still subjective. The dude who says I have no taste gets a pass from me, because what he's doing is basically merely criticizing my taste, and I find that perfectly acceptable. However what other people often do is that they would tag alongside with some personal insult such as "you have shit taste, showing how your brain can't properly work you fucking cunt", and that for me crosses the line.

To me, at least, the notion of "shit taste" must exist in any arts platform, for such only liberally indicates one's unfavorable stance on someone else's penchant (which clearly isn't an insult). It's fine to express such a thing. But there are 2 things I won't accept when it comes to this. One, is that without knowing too much of the context and characteristic of the other, you nonetheless go out of your way to personally insult (insults must have prior evidence leading up - i.e. "you hypocritical cunt" with evidence of the other being hypocritical - and must be put in the appropriate context, not just throwing some random attack without thinking). Two, without understanding the ideas of "rating system", you irrationally and obstinately bash the other for what you consider as 'unreasonable scores'.

Also, claiming your taste is boring, again, is entirely my point of view. If someone goes up to me and says the same thing, I wouldn't mind either.

Preachee Jul 20, 3:46 AM
No one should get offended by some subjective criticism on one's art preference. Luckily, I feel like you know that.

RebelPanda Jun 25, 8:41 AM
Hey Elucid, yeah it has. I really appreciate that, thank you so much.

Rsurect Jun 25, 4:24 AM
how long before you too are bombared by the ToG shills

AndoCommando Jun 25, 1:50 AM
After seeing the adaptation I'd just like to see something more aesthetically pleasing lmao. Besides there a bunch of anime/manga that're likely to be far more worth the time investment.

AndoCommando Jun 25, 1:08 AM
I'd rather just read the manwha here and there since it never looked as poor as scenes from the anime. But then again, I'm in no rush over catching up to an overpraised webtoon. Ryuseishun Jun 24, 11:02 PM
Nah you good. I myself was rambling about the show during my YouTube live reactions to the last two episodes, tbf.

Ryuseishun Jun 24, 8:03 PM
Tower of God turned out more like “Tower of Suffering”. I hate how people use the source material as an excuse to convince people it's supposedly good.

Vinland Saga and 97 Berserk were prologue adaptations, too, and they still functioned very well without relying on the popularity of the source material.

As someone who does a hobby as a YouTube anime reactor, it was really hard for me to enjoy anything watching the show besides the Khun and Yuuri parts (though the betrayal part was honestly funny, imo, cause of how obvious the setup was).

Psychotomimetic Jun 24, 1:45 AM
Thanks for the friend request mate. You have great taste too.

AndoCommando May 28, 1:46 AM
Glad to see you enjoyed it. Tatami's pretty incredible :D

chocobreaddaddy May 15, 8:22 AM
I'm here to tell people to go watch Night on the galactic railroad
once someone does that based on my rec, imma quit mal right away
All Comments