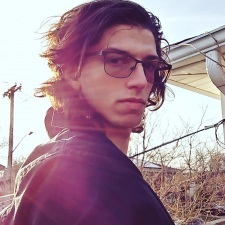 Kanosora Sep 23, 2021 6:51 AM
Hey, awesome to see a fellow MAL user who is still quite obsessed with Haruhi. Commenting because I didn’t want to bump the thread. I just re-watched season one for the first time in over a decade. There is something truly magical about TMoHS. It’s special to me because it was the first adult anime I ever saw that wasn’t old. I remember really liking Tsuruya, and after a Google search I discovered MAL thanks to a club dedicated to her on here. Shortly after joining, I made friends with so many cool people, most of which are sadly inactive these days. I miss the joy that so many users shared in celebrating shows like that. Coming together to root for the show in the forums was a blast as well as bonding with new people over it. Haruhi for me is simply nostalgic and will always stand out when I consider which shows I credit as being the reason I kept going as an anime watcher. To this day I prefer that type of moéblob+comedy+romance combo over most of the shows that have been released year after year. It had a unique depth to it which only those who experienced anime culture as it aired in ‘06 may understand. It may be appealing to some recent viewers, but it was one of the best anime around for a while back then. I hope that those who once loved Haruhi never forget the impact it made and how special it made a lot of us feel watching it as we grew up.

I wish you a happy Fall and upcoming Halloween! 🍁🎃🍂 Scordolo Aug 4, 2021 7:42 PM
Draconix814 said:
Scordolo said:
Everyone gangsta until the mod locks this thread as it DoEsN'T eNcOuRaGe DiScUsSiOn
I'm pretty sure even the mods aren't aware of this. The first 15 episodes of fmab was such a letdown for me because the pacing was all over the place and I wasn't able to catch up of what the fuck was even going on. What is this story about? If it truly deserved #1 then I should've enjoyed it from the beginning till the end.
Yeah, those same episodes in the 2003 version were infinitely better than Brotherhood. It was literal pain having to watch them and I had to take it slow. 2003 was already an iconic shounen series, though it has a different story, so a lot of people were already compelled and interested in the premise upon the release of Brotherhood, which is imo, an unfair advantage. I find those beginning episodes appalling and it ruined my enjoyment of a lot of the rest of the series. And yes, series that make it into the Top 10 aren't all masterpieces right from the get-go, but at least a series like Gintama didn't butcher its premise and character-building before becoming an ape-shit insane masterpiece. It's pacing is slow, methodical and truly pays off in the end in a series that I might argue is much more mature than it's rival, FMAB.
I'd much prefer if an anime is slow paced as it takes time to build up the world but Fmab seems to rush it. I'm planning to rewatch the first 15 episodes and if I don't like it then straight away DROP.

Jaces_Sanctum Mar 15, 2019 11:37 AM
From what I've read, it seems to be following the source pretty well, so I'm curious about the decisions you mentioned.
All Comments