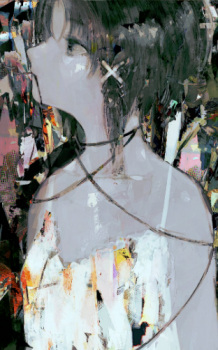 Ahmed_Alkautsar Yesterday, 3:44 AM
Thanks for Accepting my req!

Listianard Jan 12, 12:13 AM
Callie-chan that's a lot, I wonder if Winter season dethrones Spring or conversely? Because Spring got 3 animes that I've known are already good in my end.

Kaguya sama: Ultra Romance - Literally the best arc people have been waiting for the "Kiss kiss fall in love" but at the same time it's quite frustrating to say between the relationship of Ishigami and Tsubame senpai, I just don't like that it took almost 50+ chapters until the top anime rejection, one of the worst thing I have to be patient towards to but at the same, I understand what Tsubame senpai has gone through but their relationship are like fillers that should just end in like 10 more chapters, I'm more shipping Ishigami and Miko in the first place despite their polar action towards one another, as chapters goes on, both of them are gradually leaning towards maturity in the most part of their relationship which is a good point but at some point, it felt like they were so attached to each other as it was forced but that's just me and out of the way for that lmao, I hope they cliff it when Kaguya and Shirogane made up because of the "Icy Kaguya: Mode".

Kawaii dake ja Nai Shikimori-san - This is one manga that gave me huge diabetes, I love the chemistry between all of these characters and of course the main characters. Also I noticed that your forum picture is Hachimitsu so I do believe you will definitely put this on your watch list. Also what do you like about Hachimitsu anyways? She's like a dense poker face girl who is a source of entertainment but sometimes she says something so savage it's uncanny :(, do you like that's she bringing heaven feels to make the whole friendship going on in the manga and thus, she's the wingman? That's an interesting reasoning though but I need more evidence that you know her character well so I can like her too. Anyways enough with me being in huge curiosity towards Hachimitsu, Izumi is one of the generic characters while Shikimori is all stacked up which can imply the same to the one you suggested me to watch which is Sono Bisque right? If so then yeah that I'll give that a watch while waiting for this!

Spy X Family - Seeing families doing some action and romance is something very uncommon in a shounen imo. I really like the way there are two seperate different arcs where one is when Twilight and Yor are on their own mission while the second arc is Anya getting educated in a elite school where she barely even passed lmao but I see Becky having a good friendship with her and Damian is like the absolute mastermind but when he gets around Anya, he felt stingy, what I like about this manga is that there are times where them as a family would go altogether and have some fun! Also can't wait to see Anya's smug faces and the fight choreography during Yor's assassination. Also once I've seen the trailer, I think WIT x Cloverwork would make such a great collaboration but I wonder who is doing what position for this production and if I were the one to decide, I would put the WIT staff focusing on the story while Cloverwork staff focusing on the animation because I've seen most of their production and I know which can be the best position to make this series a 10/10.

Yeah that's pretty much it I guess :)

Listianard Jan 11, 11:38 PM
Nice list btw Callie, do you have any recommendation for this Winter season anime because I don't think I can handle watching the amount of seasonal animes that you're currently watching :(

Zefyris Jan 10, 5:10 PM
they adapted only 50 pages in the first episode so at this rate even if it speeds up a bit after the first ep it'll be around 6 episodes for 1 volumes, so not rushed at all.
Personally, I don't think that characters are that interesting in this series, even later, but YMMV.
Eh, mushroom are the real deal in this series ;)

MALstinks Jan 9, 3:48 AM
really? i mean you could always pirate watch any time watching anime on tv network is old anyways ott is the newgen.

MALstinks Jan 9, 3:35 AM
i kinda wish that i was born in indonesia because there are a lot of anime fans compared to my country

Zefyris Jan 8, 4:43 AM
Hi, I bought it yes. I've got vol 1-7 on my bookshelves (so Japanese version) but I've only read vol 1-3 so far.
The series has a very unique setting yup. If they're faithful visually, that should at least be a fun watch :)

Cekkas06 Jan 5, 5:28 PM
Thank you for accepting my friend request! It's always great to see people who also like Fate and Monogatari :)

aka_panda Jan 5, 1:32 AM
I was gonna suggest re zero on muse asia youtube channel to you, but it seems like you already hv watched till season 2.

And you have best girl rem in your favourites.
Nice !!

aka_panda Jan 5, 1:31 AM
Ah yes nice, if you liked Kaguya-sama you would enjoy konosuba too.

Basically its the gintama of isekais. In the sense that it doesn't quite follow the generic isekai route but makes fun of it in a witty way.
It also has Megumin who is one of the cutest thing in existence. It has some *ahem* "non family friendly moments" but they are done in a really comedic way so that shouldn't be a bother imo. Just see it as a fun non-serious anime and you would be good

I see you live in indonesia. So you should search Ani One Asia on youtube and see the 2 seasons of konosuba there for free & legally.
All Comments