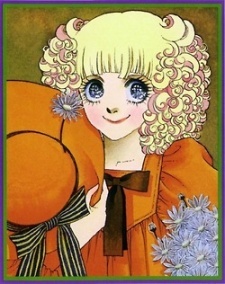 Ophigow Aug 5, 2020 6:19 AM
hey, gomenasai I saw your profile and boku just thought kimi looked kawaii in your picture, I honto ni wanted to tell you that)) It's really rare to see on-nanoko playing bideogēmu haha! boku don't know why its a shounen thing honestly im like really against misogyny and like ill be the one in the kitchen making bento. We should really play nekopara sometime its a really cool zombie game with a lot of kowai moments, but daijoubu desu, ill be there to protect kimi gomenasai that wasnt flirting I swear Im just trying to be friendly I really like your profile picture gomenasai was that too far? honto ni moshiwakearimasen ore really shy I don't go out much haha add me on skype we should talk more you look really sugoi and tanoshi xxx moshi moshi

Some days ago I created a little post about Sakura Namiki and I pointed out some things that I learned while reading the book "Passionate Friendship: The Aesthetics of Girl's Culture in Japan". I love the manga even more now that I learned about "S relationships" in the prewar japan and how the Takarazuka Revue was also a big influence for the developmente of girls' culture during prewar. English is not my native language so I wasn't able to write it in the best possible way, but I hope you like it.

I just want to say that I really loved your review about Sakura Namiki mostly because you mentioned the influence of Katsuji Matsumoto and that is a very important point to appreciate the manga. =D

wgbho23 Jan 16, 2018 4:00 PM
Does Kodocha have a good romance and in general what is the main appeal to the series? Also, gonna be watching Tenshi ni Narumon soon, looks really interesting. :D