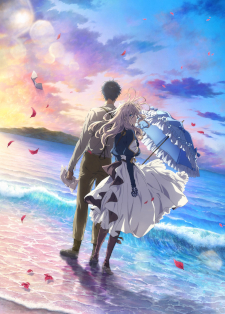 Winners for the Anime of the Year categories from the Tokyo Anime Award Festival 2021 (TAAF 2021) were announced on Friday. Judges selected the winners from a pool of 457 anime that were screened, aired, or distributed in Japan between October 1, 2019 and September 30, 2020, with 100 titles (80 television anime and 20 theatrical anime) ultimately in the running for the Anime of the Year awards.

*Note: The Anime Fan Award is awarded to the entry that received the most votes in the general voting. The titles listed for the individual awards are merely titles the recipient has worked on; they are not the sole title the recipient won the award for.

The festival will be held from March 12 to March 15 in Ikebukuro, Tokyo, and will feature additional entries from around the world in the Feature Animation Competition and Short Animation Competition categories. 22 submissions from 20 countries and territories and 817 submissions from 57 countries and territories were submitted to these competitions, respectively. Thirty-nine of these entries (four for Feature Animation and 35 for Short Animation) were selected by the TAAF 2021 Preliminary Selection Committee. The Grand Prize and Award of Excellence will be granted to two films in each category, and additional awards may be announced at a later date.

I don't understand this rankings

So good to see Eizouken getting the award, Japanese people really do know what they're watching and I am loving it!

They were all deserved ... Congratulations!

Glad to see these animes being awarded <3 Especially Eizouken, so deserving of it!

Lololol... I know Eizouken is a masterpiece, but I didn't they get much recognition. So proud of you people.

I'm glad to see Eizouken won the prize, it definitively deserves it as one of the best 2020 anime

Eizouken deserves it! Wonder if there'll be another season, or a movie/special/ova/etc.

Nice to see IDOLiSH7 as a fan favourite, this season really was a ride in the feels rollercoaster TTvTT

Eizouken and Violet movie were really amazing. Both deserves these awards!

Eizouken is certainly worthy of winning the anime of the year award.

Yoooo, Eizouken got the win. Good news this is. VE movie deserves the prize too.

Chronowarp said:
Do the judges really watch over 400 anime in order to make an accurate assessment?

Some of us on MAL watch more than that in a year and make less meaningful assessments 😅 jk, all takes are appreciated on here.

But sort of and yet not really. As stated in the article, only 100 titles were considered for these specific awards.

Do the judges really watch over 400 anime in order to make an accurate assessment?