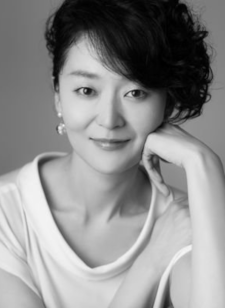 Voice actress Hikari Yono died of an undisclosed illness on November 15. She was 46 years old. Her family revealed her death through Twitter on Friday, stating that she lived her life loving voice work, and thanking those who supported her.

Yono was a graduate of Nihon University College of Art. Her roles in anime included Samui in Naruto: Shippuuden, Kaolinite in Bishoujo Senshi Sailor Moon Crystal Season III, and Yoshino Uehara in Gantz.

She also worked as a television narrator and voice actress for Japanese dubs of foreign films and television, and was active until she fell ill this spring. She narrated Fuji TV's Chokugeki LIVE Goody! (GOODY! GOOD DAY!) and dubbed voices for the live-action films Catch Me If You Can, The Devil Wears Prada, The Grand Budapest Hotel, and Wonder Woman, among others.

smoledman said:
Why do people always talk about death as a 'better place'? You don't know that.

It has to be better than Earth right now, with Corona and all.

This is devastating news. Condolences to her family and friends and RIP Yono Hikari-san.

smoledman said:
Why do people always talk about death as a 'better place'? You don't know that.

Yeah, it's kinda weird. This is why I mostly don't comment on death news. I don't know anything about it.
I do know that it's sad for the people she left behind but beyond that, I don't know.

She was so young. This is devastating, RIP

Why do people always talk about death as a 'better place'? You don't know that.

4Dss said:
Rip. She's in a better place now. My condolences goes to her family and relatives.

bro she was already in a better place, it's not like she was in a depression or something. But her soul is at rest now which is better.

Rip. She's in a better place now. My condolences goes to her family and relatives.

Why do most VA seem to die so young?

Rip you r in a better place now

RIP! May you find comfort in your soul in the afterlife.

rip
always sad when a 40 something year old dies, may she harvest bliss in heavens

May she rest in peace.

rip. thank you for giving us such incredible performances as anime characters. you will be deeply missed.

r.i.p and my deepest condolences

RIP
This year couldn't get any worse sigh. Thank you for your wonderful work and your time in the industry, you will always be remembered.