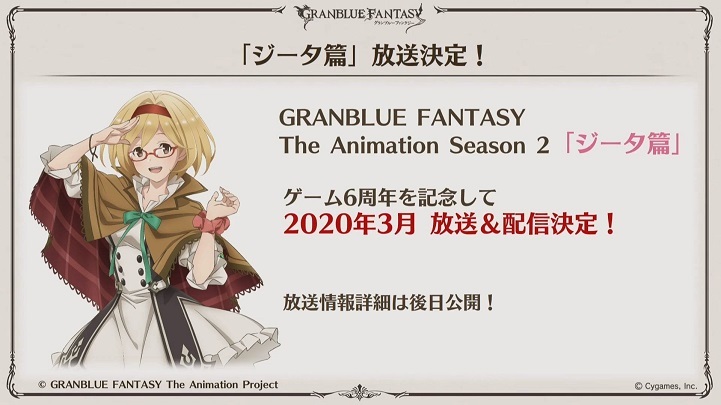 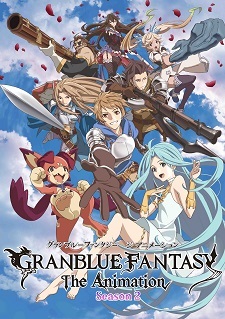 The Granblue Fantasy Fes 2019 event announced an anime special for the second season of Granblue Fantasy on Saturday. Subtitled Djeeta-hen (Djeeta Chapter), the special is commemorating the sixth anniversary of the game, and will both stream and air in March 2020.

Granblue Fantasy The Animation Season 2 debuted in Japan on October 5, and is being simulcast by Crunchyroll, Funimation, and HIDIVE. Similar to the first season, Aniplex is distributing the second season in seven Blu-ray and DVD volumes, each containing two episodes. The first volume shipped on Friday, with the second volume going on sale on January 15, 2020. The seventh and final volume is slated for a June 10, 2020 release.

The first season produced by A-1 Pictures aired in 13 episodes in Spring 2017. The seventh and final Blu-ray and DVD volume bundled an unaired episode in November 2017, subtitled Kabocha no Lantern (Jack O'Lantern), which also starred Djeeta as the main character.

There's apparently another extra episode out there and it came out just earlier on CR.

I'm looking forward to this being added in the database here.

Can we have season 3 with Djeeta pls, i like her more than Gran.

Well, here's your "Strong Female Character" you guys were asking for and complaining she didn't took over. Hope you happy.