Seiyuu Risa Taneda Takes a Break Due to Illness 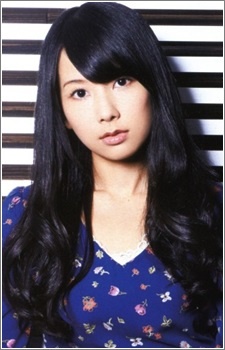 Talent management agency Office Osawa announced via their official website that seiyuu Risa Taneda is taking a break due to an illness. The website also mentions that by taking a break she can concentrate on the medical treatment, which she has previously received while working but without any signs of recovery.

Taneda debuted as the voice of Saki Watanabe from Shinsekai yori. Her notable roles, to name a few, include Aya Komichi from Kiniro Mosaic, Mirai Kuriyama from Kyoukai no Kanata, Rize Tedeza from Gochuumon wa Usagi Desu ka?, Yukina Himeragi from Strike the Blood, and Kaori Miyazono from Shigatsu wa Kimi no Uso. She is currently voicing Yatrisino Igsem from Nejimaki Seirei Senki: Tenkyou no Alderamin and Erina Nakiri from Shokugeki no Souma: Ni no Sara. Nana Mizuki will replace Taneda's role of Kisaki Kondou in the upcoming WWW.Working!! TV anime.

One year and still no updates about her current health status.
That's one of a hell sickness, and it must be serious.
Or maybe she's just really pregnant and concealed it as sickness?
Well, never mind. I hope she's well now, and get back sooner or later.
And a Happy Birthday to her.

tsubasalover said:
Not sure if there's many lines for this character, but there's recent role for her.
https://twitter.com/kirarafantasia/status/884004324220837888

Risa has a character song coming out on September 20th for the mobile game called Princess Connect Re:Dive. The question is when was the song made? The game was announced in mid July. Can't be a coincidence that news related to Risa is happening now.

It's funny that she's reprising the role for that character because that show was nothing but trolling.

@petopia
Yeah... but it's for the new game featuring characters from various anime. That's why I said "recent". (What I meant was if the character would have many new lines recorded for the game or not)

tsubasalover said:
Not sure if there's many lines for this character, but there's recent role for her.
https://twitter.com/kirarafantasia/status/884004324220837888
you do know that this was one of her first roles for this character in anime called yuyushiki right?

Damn i loved shinsekai yori and her voice is amazing as well i hope she recovers!

Damn, I love her voice, hope she gets well soon!

I'm curious about her illness.
I hope she has a swift recovery.

tsubasalover said:
Currently still under the treatment and rehabilitation
http://yusaani.com/l-ka/t-ki/kinmosa/2017/04/30/405765/
Still no information about her illness?
Damn, that must be a serious illness. Weird, why I think of Kaori

Another role will be replaced due to her hiatus after the recent change in the mobile game "Fate/Grand Order". (see also http://www.animenewsnetwork.com/news/2016-09-27/rie-takahashi-replaces-risa-taneda-for-fate-grand-order-matthew-role/.106942)

This time Erina Nakiri's (Shokugeki no Soma) VA is changed to Hisako Kanemoto in upcoming projects.

@Zefyris: Yeah, I was trying to word it (been thinking of various sentences to describe the situation) but eventually forgot to add "not" when posting it. Thank you for mentioning.

@tsubasalover
Damn, luckily I checked the source. This is the contrary, there is no risk of dying. And I was there starting to be sad thinking it was probably a generalized cancer or something really nasty like that.
Please change the comment, don't announce as dying peoples that announced the contrary T_T

Ahhh hope she gets well soon!!! I love her voice-acting... And we all know Shinsekai Yori's ED song is one of the best ever.