The September issue of Monthly Hobby Japan magazine, which will be released on July 25, is announcing that Bikini Warriors will receive two new OVAs slated for release in Fall 2016. The OVAs will include two new characters, Crelic and Kunoichi, with the cast members to be announced at a later date.

Bikini Warriors is a figure collaboration between Hobby Japan and Megahouse. It received a 12-episode TV anime adaptation in Summer 2015, as well as a special episode bundled with the blu-ray volume, both animated by studio feel. The series features original character designs by various artists, such as Rei Hiroe and Non Oda.

The TV anime was simulcast in North America by FUNimation and in Asia by Daisuki.

What the actual f*ck is wrong with this industry, that the worst anime ever created is getting more content, while a lot of masterpieces are stuck with 12 episodes?

Hoping either one of the ovas will have some Dark Elf focused fanservice. The previous one barely had any. Some nice butt shots of her would be great especially if it is something other than what she regularly wears.

Omni_slash95 said:
Just like what anime needs...not
Anime doesn't need anything. Its what the consumer demands.

This will be good since the last episode let takahashi character, Dark Elf, get harem ending ( ͡° ͜ʖ ͡°)

AssassinWolfXE said:
Why does this even exist???

to make fun of MMORPG tropes

Why does this even exist???

Can`t wait for the mage 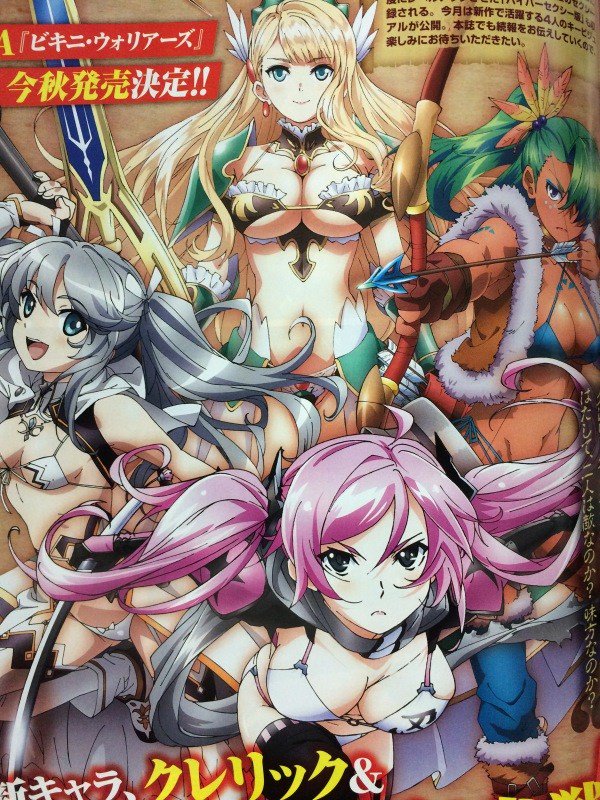 i will for sure be watching this one..

YES the 2nd best parody series
is back for more episodes

I liked Bikini Warriors except that ending...
I just hope they will do it longer than 3 minutes per ova

Another Bikini Warrior?? No, thanks..

OMG not this trash... This anime is bad... Even for ecchi this is just beyond shit

Nice, a honest show that even has some good jokes about MMORPGs. Will definitely watch :3