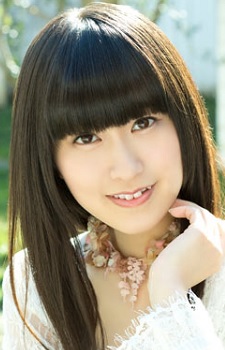 Seiyuu Rie Murakawa announced on Monday that she will make her debut as a solo musical artist under record label Nippon Columbia in early summer. An official artist website for Murakawa and a staff Twitter account have also been opened.

Murakawa debuted as a seiyuu in 2011 in Fairy Tail. She has gone on to play lead roles as Hotaru Ichijou in Non Non Biyori (2013) and as Nyaa-tan in Etotama (2015). She currently hosts a web radio program on Nippon Cultural Broadcasting (JOQR) on Thursday nights.

Murakawa's first theme song contribution to an anime title was in Vividred Operation (2013), followed by solo performances in Escha & Logy no Atelier (2014) and Etotama. She is also a regular voice in the mobile game The iDOLM@STER Million Live!, to which she has contributed a number of songs.

Nippon Columbia will reveal more information about plans for Murakawa's debut on her artist website in March.

Ooo~
I like her voice and a few of the roles she plays.
I'll keep my eye out for her.

Very talented seiyuu. Unrecognizable between a few of her roles which shows she has quite a range. I hope she gets more VA jobs and I wish her the best on her debut.

Good luck on your debut, Rieshon~!

She has a very soft and sweet voice, hopefully more roles in SoL will come from this.

Ooooh she is Ooki Chouko from Yuri Kuma Arashi. Nice.

Hmm, oh my, that was...unexpected.
I think I look forward to great things from her, though the song business has always been a bit confusing for me....

I don't know who that is