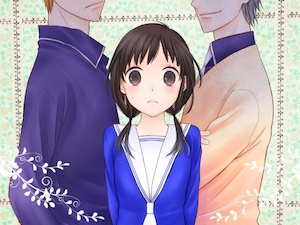 The official site of HanaLaLa online revealed that a sequel to manga Fruits Basket, titled Fruits Basket another, will begin serializing on September 4.

The new series will take place in the same setting, Kaibara High School. It will feature a new female protagonist named Sawa who enrolls at the school.

Fruits Basket is a shoujo manga written and illustrated by Natsuki Takaya. Serialized in Hana to Yume magazine and published by Hakusensha, the series ran for 136 chapters from July 18, 1998 to November 20, 2006. A 26-episode anime adaptation by studio DEEN aired from July 5, 2001 to Dec 27, 2001.

BlandMuffin said:
Sweet, but honestly I wish they'd just make a season 2 of the anime instead. The manga ended really well.

I second this. They should make a sequel for the anime instead.

Earame said:
Fruits Basket doesn't need a sequel.
I adore fruits basket, but I'm not sure about this.
True and true. I'll still read it - it's only 2-3 volumes! - but I don't like that idea. I loved Fruits Basket, but I can't imagine how can this be sequel with different characters.

Mmm... I see everyone's point. I don't entirely remember the ending as I haven't read it for years, but I do remember thinking that it ended nicely.

I just finished the manga today and I was completely unaware of this until now. So pumped for this as I'm still riding on the Furuba high. Fingers crossed that the anime gets a reboot.

I'm so excited for this. I don't remember the events that well, but I absolutely loved reading this manga when I was a young'un.

BlandMuffin said:
Sweet, but honestly I wish they'd just make a season 2 of the anime instead. The manga ended really well.

too many little but very important parts were cut out so it wouldn't make sense if they continued a season 2. it would make more sense if they made a reboot. rather than a season 2. also i prefer a reboot over a "new" sequel as well. you just get so attached to the characters especially if you've read the manga.

vansonbee said:
Will not read, will be awaiting the full remake of the anime.

i recommend all those who watched the anime to read as well. the manga goes so much deeper into the story of each individual and the whole title itself. there are so many plot twist and feels that the anime did not do justice to portray. definitely a recommendation. you will not be disappointed. 100% guaranteed.

Glad it is a remake and not some crappy sequel because that girl was just plain and annoying.
I might even try to read this.

Sweet, but honestly I wish they'd just make a season 2 of the anime instead. The manga ended really well.

It was about time I almost forgot about the existence of "Fruits Basket", but am glad it brought back nostalgia.

I feel like I am in the small percentage of being exicited for this squeal. I am a big fan of Fruit Basket so this is like a treat to me :)

I can't wait for it to be translated! Is this going to continue on the long run?

Fruits Basket doesn't need a sequel.
I adore fruits basket, but I'm not sure about this.
True and true. I'll still read it - it's only 2-3 volumes! - but I don't like that idea. I loved Fruits Basket, but I can't imagine how can this be sequel with different characters.

I love Fruits Basket so I got really excited when I saw this news!!! But seeing as it will involve a new female lead, I'm not really so sure anymore. Nevertheless, I'm still looking forward to this! :D

I am so excited for this. Frubu was my first shoujo manga so you can imagine all the memories that flooded my head after hearing this news.

I'm not sure how I feel about this. The manga ended pretty nicely, I don't really see why a sequel is necessary or how it would work.

I adore fruits basket, but I'm not sure about this.

Im really hyped for this. I adore Fruits Basket , it was my first anime and manga and it always stuck with me. It made me feel emotions and made me cry and laugh.
I hope the new series has an amazing protagonist like Tohru and amazing side characters like the first.

I second this! And hope that it's good and done well! :D