Hide AdsLoginSign Up
MyAnimeList.net
Can you predict the anime of the season? Register your team before October 2.
Anime & Manga News
Top
>
News
>
PS2 Game Devil Kings To Be Ani...

by dtshyk
Oct 7, 2008 5:19 AM | 28 Comments
According to Animage Magazine, a PlayStation2 game "Devil Kings" (known as "Sengoku BASARA" in Japan) will be animated by Production I.G. Devil King is a Samurai action game released in 2005 by Capcom and particularly popular among female players. It will be aired in 2009.

The casting of the voice actors of the main characters is the same as that of the game.
Sanada Yukimura: Hoshi Souichiro
Date Masamune: Nakai Kazuya
Oda Nobunaga: Wakamoto Norio

I've only played Sengoku Basara X, so I really dunno shit about the background story of the characters or the regular games.

The fact that Wakamoto voiced Nobunaga with a shotgun is pretty awesome, though.

I'm looking forward to it. Here's to hoping it won't be a disappointment.

video games turned into anime usually turn out bad so im not going to get my hopes up for this.

That's great news. I can see sanada yukimura in action

well I have Devil Kings (the first in Englishsh) and Senguko Basara 2 in japanese and Basara Haroes in japanese also and the game ROCKS... I am soooo happy that it'll be animated X3 that's a great news. thank you!

I didn't like this game, but the character models were excellent. Hope this turns out well.

well, this could be good. I tend to like this kind of thing. Though, videogame adaptions can be VERY bad.

I've never heard of this game

ah yes i think i say this game once, but never play this. from capcom i think. but such a big doujin community, surprise me a bit.

cantius said:
Omg, the game was better than dynasty warriors, in my opinion.
The anime cutscenes were awsome too.


Hamel said:
It makes me kind of sad since I wanted the fighting game (Sengoku Basara X) but it never got licenced (and probably won't be because the game wasn't suucessful here)

We didn't even get the sequel either.

dtshyk said:
Japanese fan girls are crying with joy now, but is this game also popular in other countries? Sengoku BASARA 2 was sold 300,000 copies in Japan and has one of the largest doujin communities of fan girls.

For those who don't know this game, here are the images of the main characters. 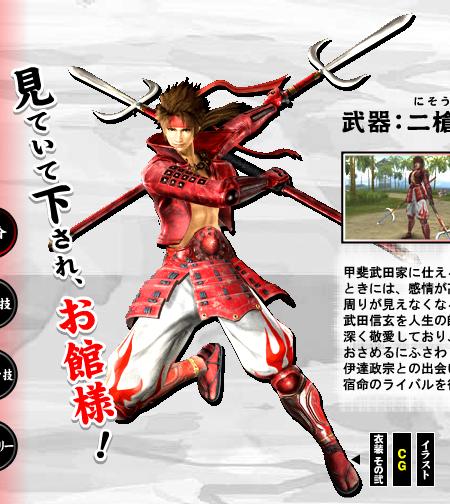 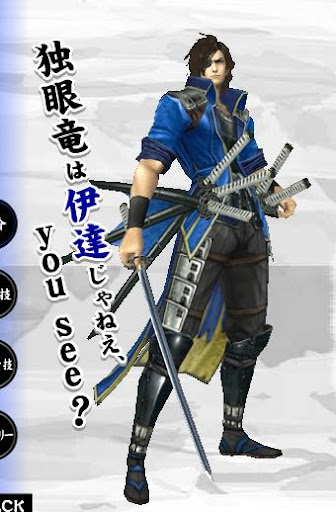 You may see the reason why Japanese fan girls are fanatically into this game.

Just curious: Will Norio Wakamoto be voicing Oda Nobunaga in the anime series?

don't regret posting this news!! you've just made my day so great!!! :D

Thanks for the info. I slightly regret having posted this news... So BASARA is popular only locally.
Anyway, if Production I.G. put their top notch CGI techs to this project, it'll be an exciting battle animation.

dtshyk said:
Japanese fan girls are crying with joy now, but is this game also popular in other countries?

Not at all. It wasn't marketed very much, and it being a hack-n-slash might have turned off many. I'm sure it's a cult hit in the US anyways though.

Came across character design art for the game a while back, thought it looked good, but the story really doesn't sound all that spectacularly interesting. We'll see.