by dtshyk
Aug 23, 2012 3:31 AM | 32 Comments
Anime production studio Encourage Films has announced that they have suspended director Sato Junichi's original anime project "Wish Angel". Ikeda Toyo, the President of the studio, explained that they decided to give priority to other projects, which have been running in parallel with Wish Angel.

Wish Angel was announced in 2010 as an original anime project about a high school cheerleading club produced by the staff of Kaleido Star series.

cheerleading ? it must be have a lot of fanservice xD

It's a matter of sponsorship. Remember that Encourage Films announced Angel Wish before a project was even viable. That's rare in the anime business, and it screamed to me that that they were fishing for fan support (not enough interest among sponsors, so they needed to generate some excitement).

Also, this was a personal venture for Toyo Ikeda (it would've been his third creation with Kaleido Star and Romeo x Juliet being the other two) and not some forgettable contract job. I'm sure that it would've been top priority had the financial backing been in place.

Kaleido Star was a piece of shit anime that lasted 51 episodes too long so I am not shedding a single tear.

I'm sorry, but putting off a new original anime that is being made by the same crew who made Kaleido Star (which is magnificent) is kind of like saying, "Hey, let's delay possible cash flow."

I still hope that Sato would stop making slices about jspaneese schoolgirls for something more "Aria-type". But... what? Encourage films have some new projects coming? Ontama was good. Symphogear had a great start and concept but scenario failed in latter half. But I still want to see smth new from this studio. They have a potential.

Smileeyface said:
Wow, I wonder how great those projects must be for them to suspend Sato Junichi's. 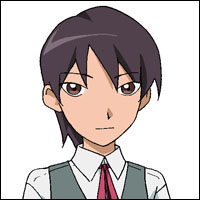 she wasn't ready for the series either, she never will be.

Kaleido Star's one of my all time favorites and I'd have loved to see what they could've done with this project...but I'm not surprised considering how long its been since it was originally announced.

I just hope that team gets to do something someday that shares the same magic KS had :(

Well, f*ck. Kaleido Star is one of my favorite anime and I hoped that this would become something like that, but no. They won't do it for a while >_>
At least it was suspended not cancelled.

Looks cute but the name Wish Angel for a cheerleading anime?

kinda ok with that

Doesn't sound like something I would have watched anyway.

sayami said:
At least it's not cancelled =)

Don't care about the studio, but passing up the work from such an individual, buhbuh..

Though, yeah, if this means a faster Tamayura 2 (though it's unclear it would) then I'll survive.
Me too... but I think it may help with Tamayura, at least that one is announced.

And thinking about it... series like Kaleido Star drawn by people who were working with Symphogear o.O tha would be interesting, remembering it's quality (it wasn't so bad but it had epic moments).
So hopefully he'll make something new with TYO Animations :)

PS. But it would have another weird cat

If they are doing this to work on something Symphogear related of all series I will be mad as hell (Though admittedly I loved the character songs).