Do you like watching bare-chested gods fight monsters of nearly unlimited power? Do you enjoy seeing a negligent father with the IQ of a fifth grader become the savior of the world? Do you like seeing a short bald man get killed over and over again? Or how about watching four minutes of fighting in a half hour long episode in a show that is solely about fighting? Do you like blondes? If your answer to any of these questions is "yes," then this show is for you. Few shows make men feel more like men then Dragon Ball Z. 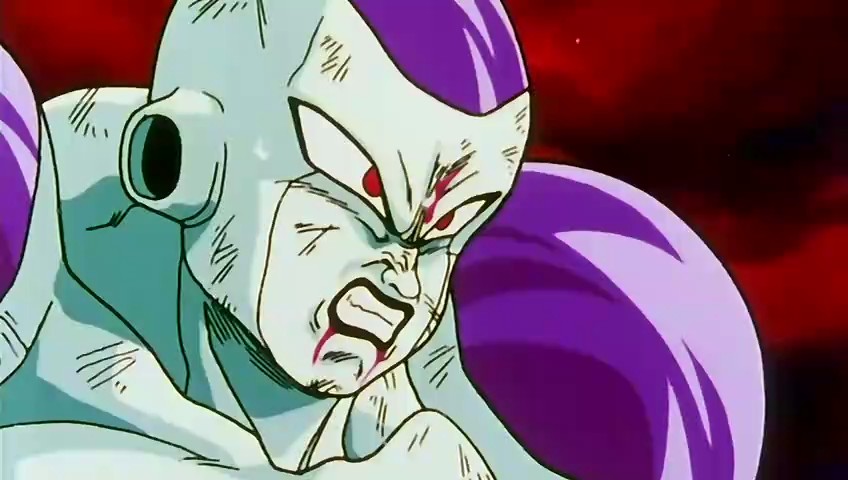 Between the shouting, muscle flexing, flashbacks, and more shouting, is a non-subtle tale about the last remnants of an alien race of super soldiers saving planet earth again, again, and again. Those alien warriors also get some lackluster help from some humans: a baseball player, an old pervert, a short bald guy, and a cyclops looking dude. There is also a pig, a fat samurai, a pale child with bright red cheeks, and a green man who is constantly wondering why he puts up with all the nonsense. Instead of Dragon Ball Z this show could just as easily be called The Saiyans and some people who provide fight commentary. 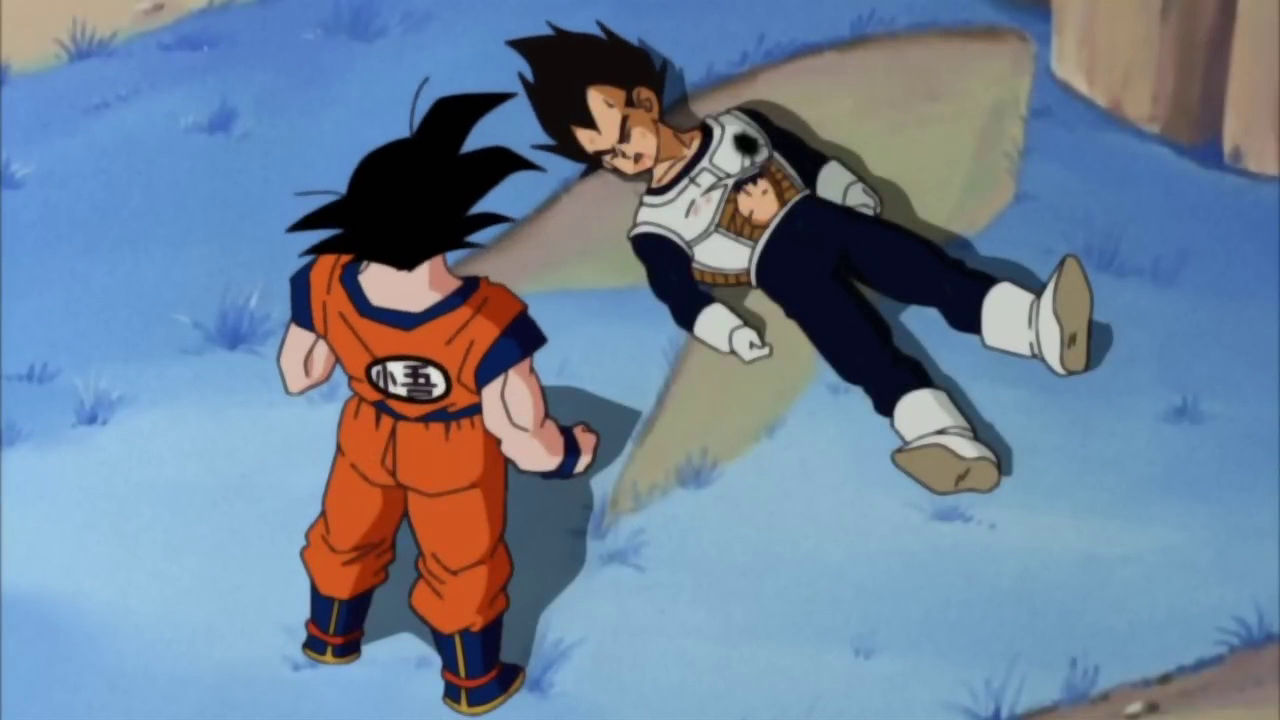 Few anime have affected global culture as much as Dragon Ball Z. If you never tried to fire a kamehameha or turn Super Saiyan when you were growing up, then I'm sorry for your horrible childhood. Realizing that I could never turn into a Super Saiyan had a bigger effect on my childhood hopes and dreams than finding out some fat guy in a red suit didn't live in the North Pole. Now let's begin the nostalgia.

Life is not fair. 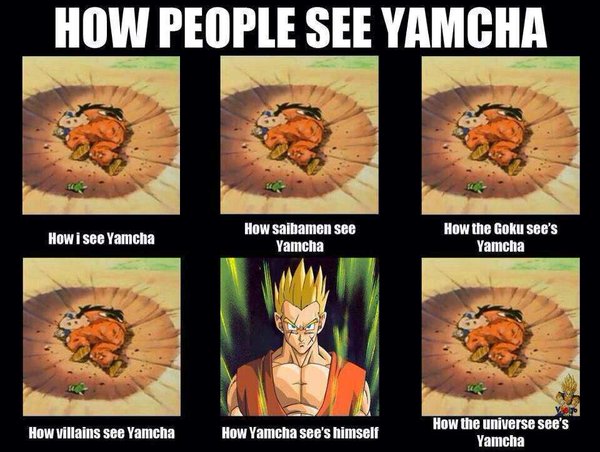 This is one of those Dragon Ball Z memes that reminds you that Yamcha and Krillin are literally the strongest humans ever.

Every time it's a cloudy day, I think Krillin must have died again. 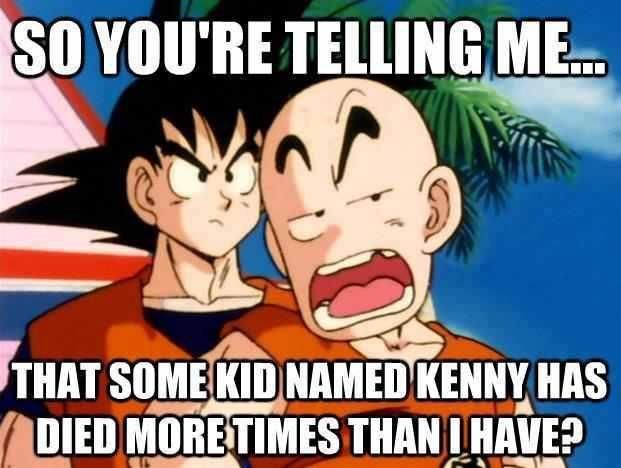 To be fair, Mysterion could probably beat Krillin.

Father of the Year 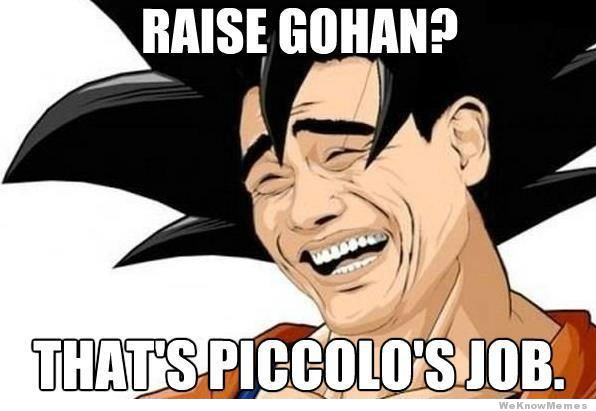 Narration: "Can Goku prove in court that he's a responsible parent? Will he prevent Child Protective Services from reaching it's final form? Find out in the next episode of Dragon Ball Z." 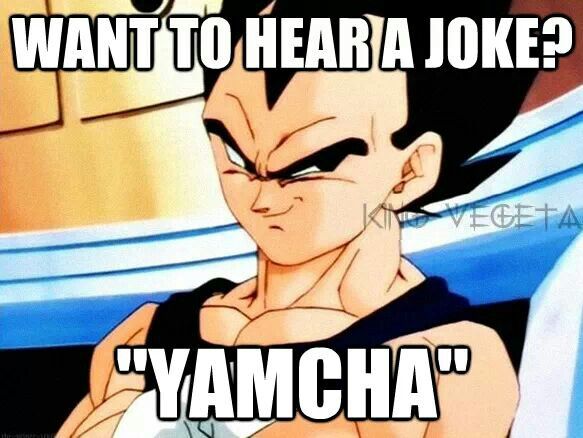 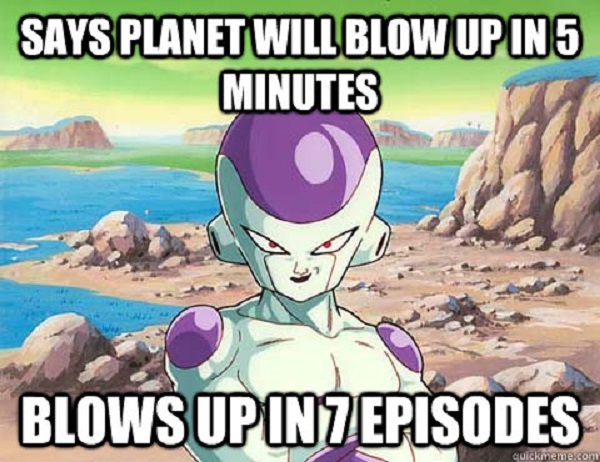 Welcome to Dragon Ball Z, where power rankings are changed as often as underpants. 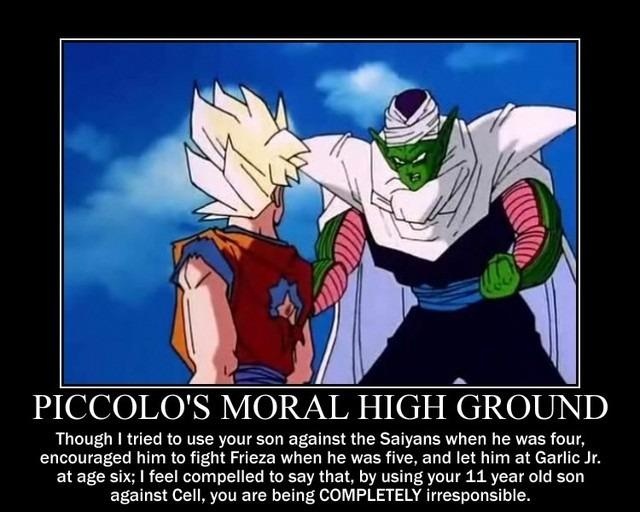 Gohan is literally one of the most abused kids in all of anime. Think about it. 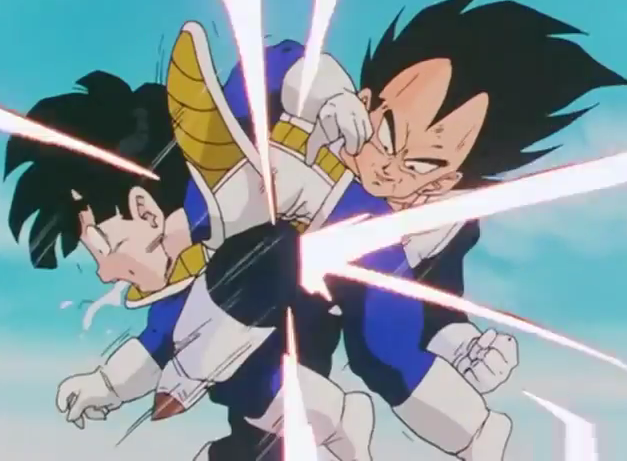 Goku is a man who thinks with his stomach more than his brain. 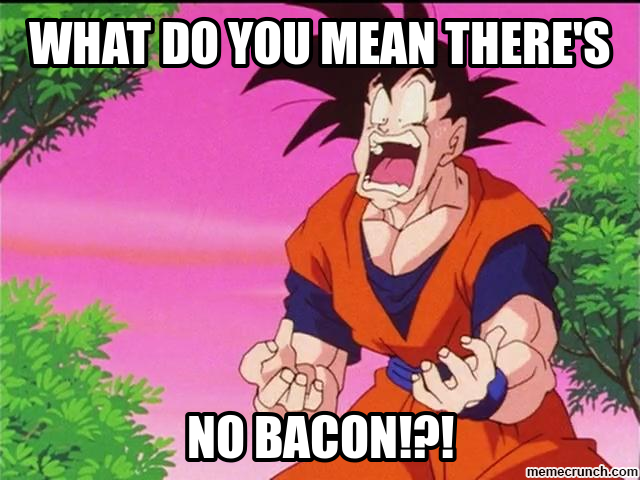 This is a breakfast joint's worst nightmare: a Saiyan with an appetite.

God bless Mr. Satan. I mean he defeated Cell after all. 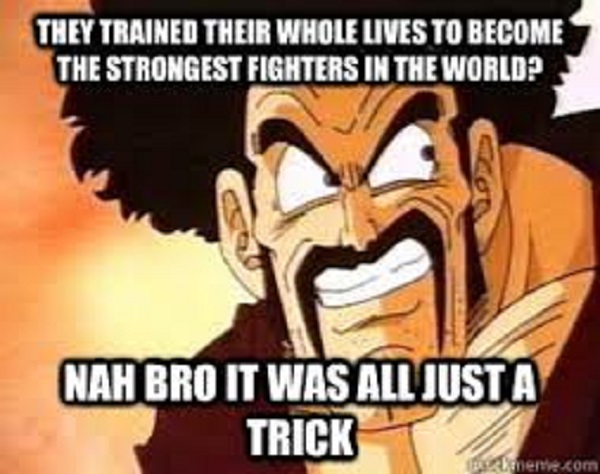 Somebody call Vince McMahon, because Mr. Satan needs to appear on RAW.

Vegeta not only kills Yamcha, but takes his girl too? That's cold. 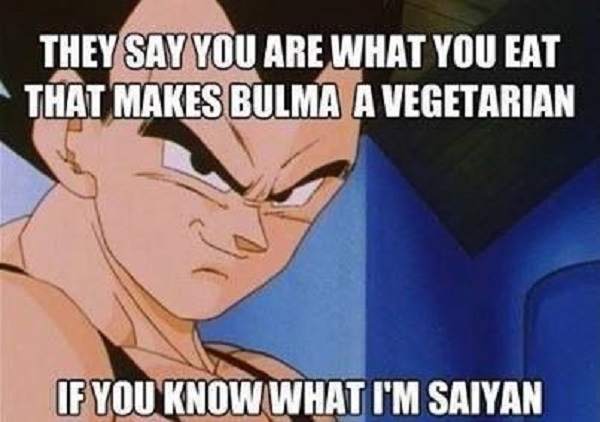 I get scared for some reason when Vegeta uses puns... especially in Dragon Ball Z memes.

I feel like gyms need to give Toei Animation some money for inspiring a whole generation of anime fans to workout. 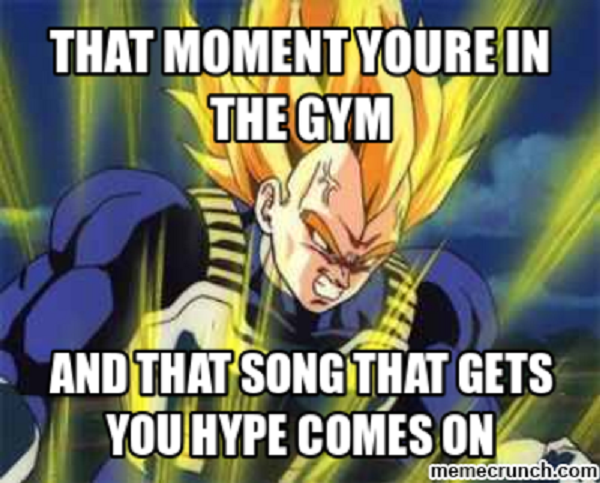 Vegeta always find a way to get pumped.

Don't ever call Piccolo any names. 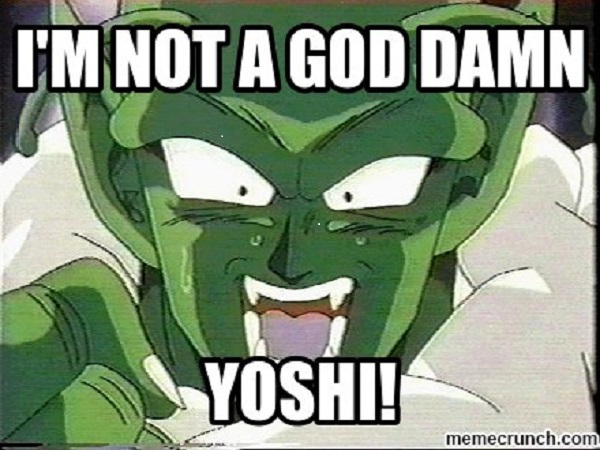 At first I thought he was gonna yell at me for not dodging well enough. 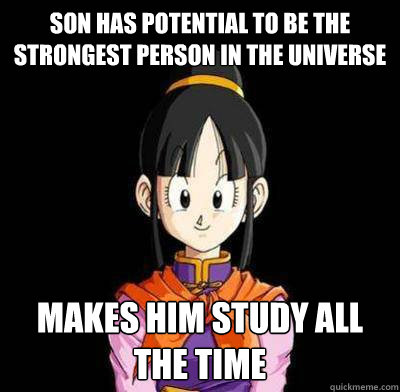 Chichi the unintended helper of all Dragon Ball Z villains.

This man needs no introduction. 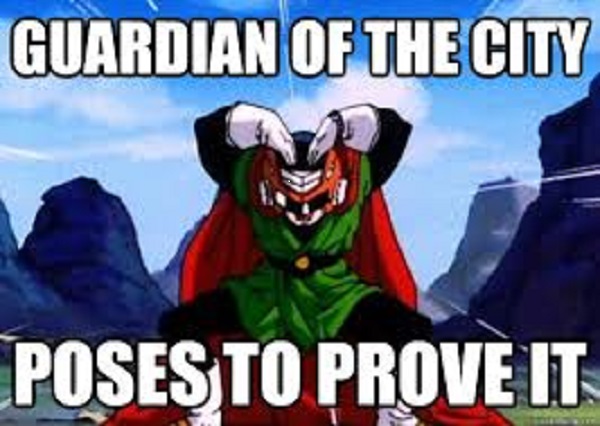 Gohan is the coolest. 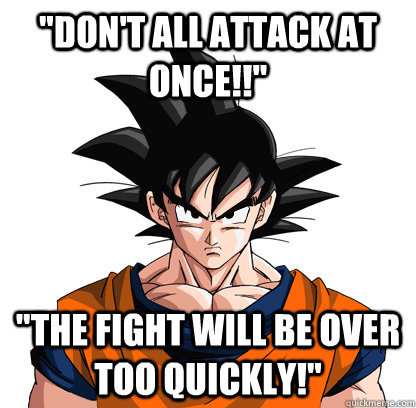 Would really stink if the fight was no less then twelve episodes. 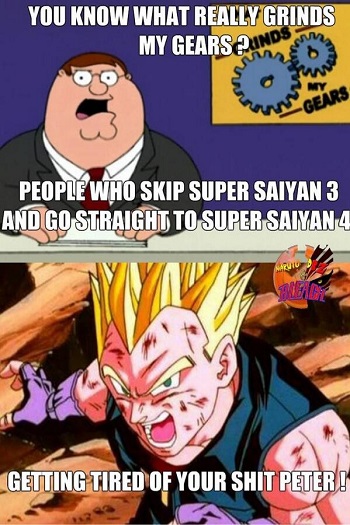 Well there you have it. We hope you enjoyed this collection of hilarious Dragon Ball Z memes.