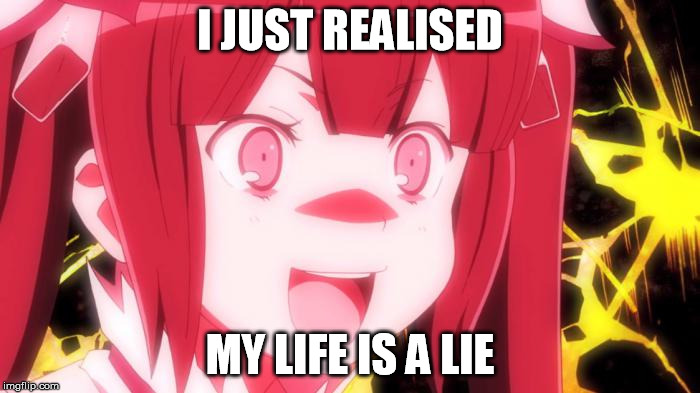 Look, sometimes it's hard to be so optimistic all the time. It'd be great if more anime featured realistic emotional reactions to trauma and hardship, but alas, only a handful do (e.g. Welcome to the NHK, Neon Genesis Evangelion, Flowers of Evil, Colorful). Thankfully, we have 7 trendy memes based on nihilism and existentialism to help some of these characters express how they're really feeling sometimes. 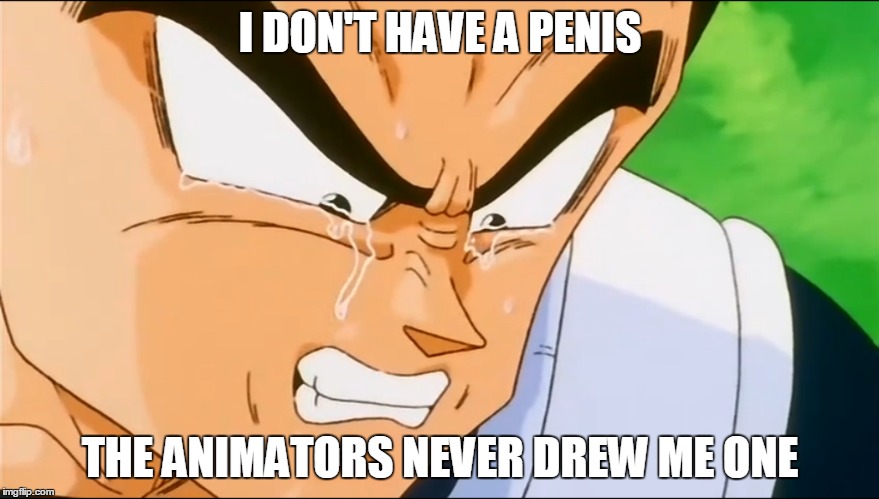 Have you ever seen it? Has he? Let's be real, most anime character's don't ever get to experience one of life's great pleasures. Sure, Vegeta has kids, but his animators just drew them in...Poor Bulma. 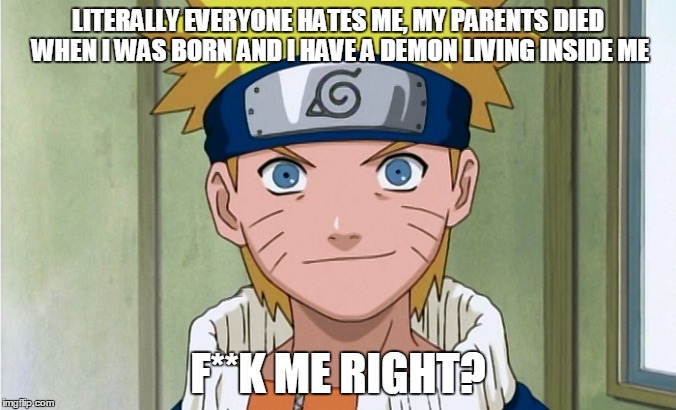 Yea, he grows up to be the hero of the ninja world and gets himself a bunch of friends, but he had a pretty miserable childhood. 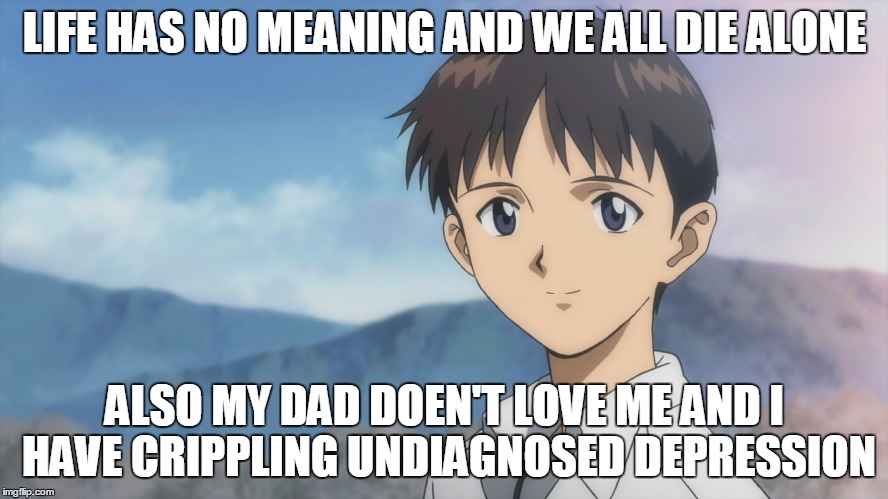 If you're a fan of Evangelion and know the things Shinji goes through... 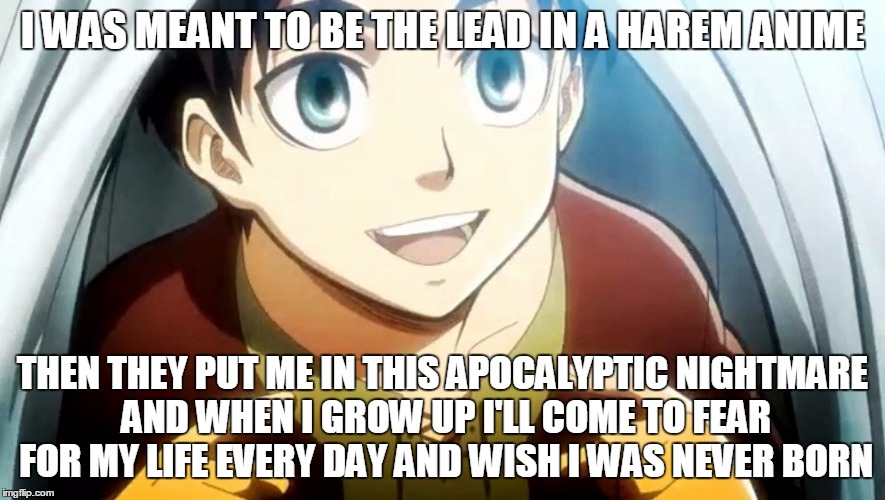 This probably isn't true, but you've got to think that somewhere in anime's long and illustrious history a character has been re-purposed for use in another anime. Eren probably hates his life enough as it is, no one tell him he would have made a great lead for something a little more lighthearted. 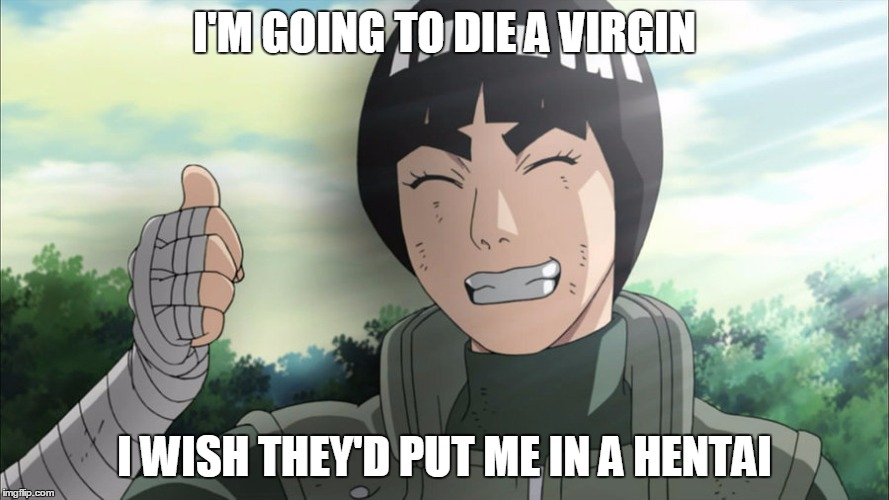 I mean who knows. He is pretty nifty when it comes to taijutsu, and maybe something's happened behind the scenes with Tenten (they're definitely just friends though) but it's never been televised (OK, does the Boruto movie really count?). 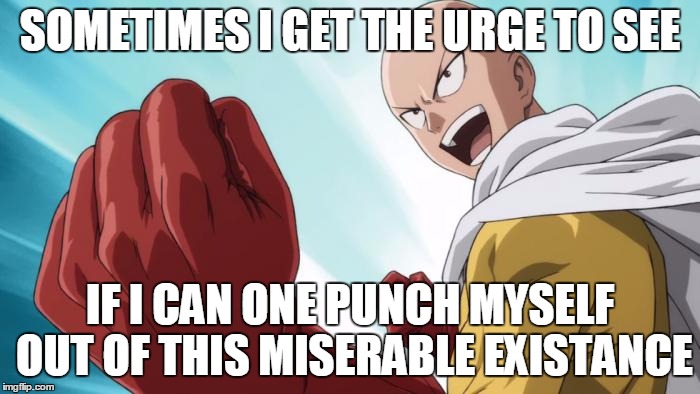 We're all waiting for Saitama to get the recognition he deserves and ascend to the top of the hero rankings. But the way that he gets treated by pretty much everyone except for Genos would definitely make a less emotionally resilient person want to test out the famous 'one punch' finish on themselves. 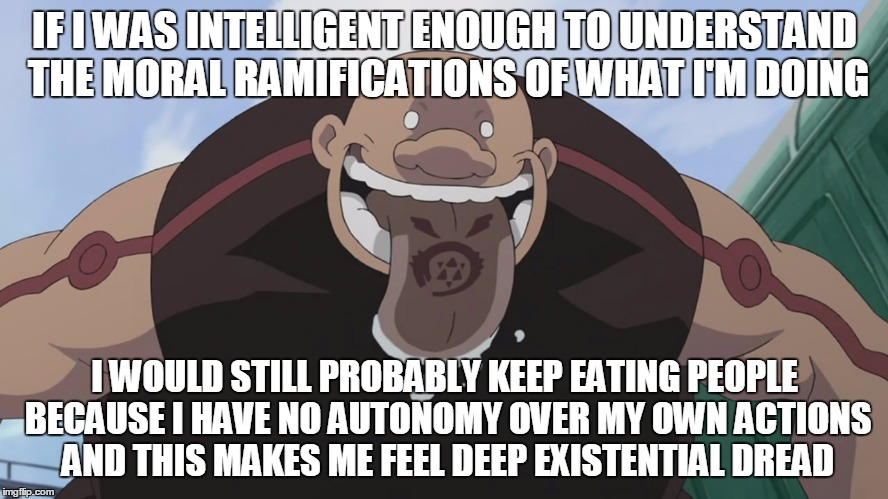 His remorseless appetite knows no bounds, but with even an ounce of self awareness, his whole life would come tumbling down around him.