Death Note is an anime released around 2006 that became wildly popular rather quickly. Following in the wake of this popularity, of course, came internet jokes, tropes and fans who notice eccentricities or mistakes in the story. These various jokes, puns or cracks at other fans subsequently became memes.

For such a serious anime, Death Note has a whole horde of ridiculous memes. Here is a collection of 15 of the funniest memes I was able to find, and read legibly. Some of these feature cosplayers, others are snapshots from the show itself. However they are done, some of these memes will have readers face-palming. 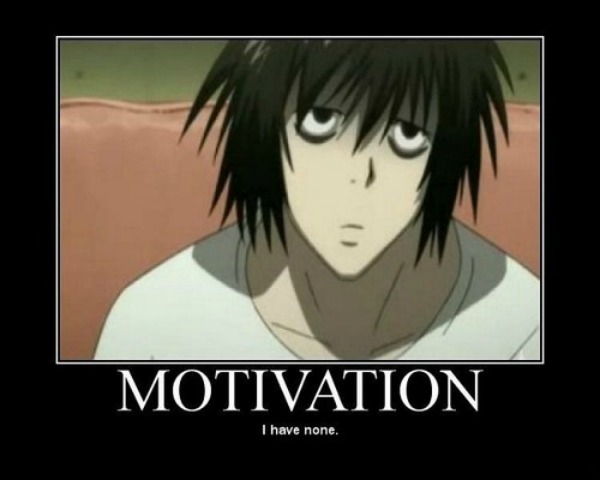 Although I find it ironic that L's face is on this one, it is nonetheless a "de-motivational" meme we can all relate to. While it is well known that Detective L only takes cases which interest him, his motivation while on those cases is unparalleled. He is a known insomniac who will do anything to solve his case, a characteristic not present in those without motivation. 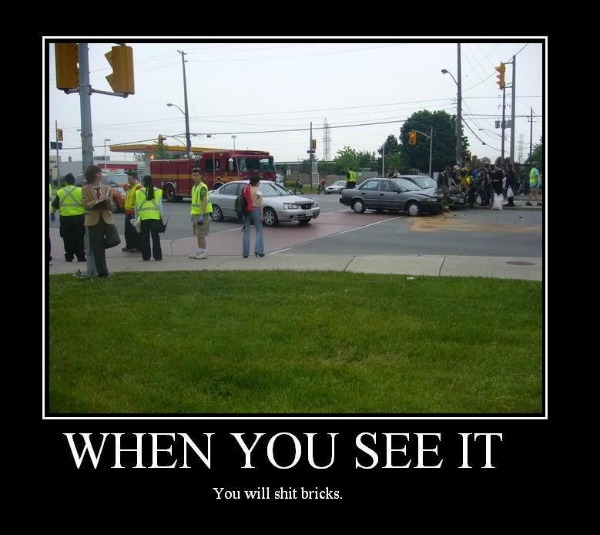 Do you see it? Do you see that IRL-Kira game swag-leaned against the light poll? Keeping it classy all day, right next to vehicular accidents. Really, I suppose that "perfect shot" really is up to taking the initiative no matter the situation. 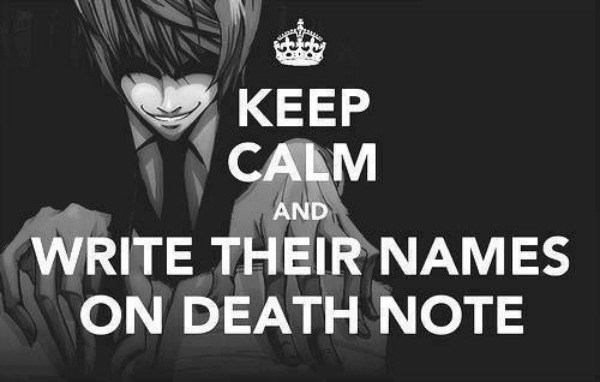 A sentiment I am sure all Death Note fans, (and others) can relate to. Why waste time on fisticuffs when you can dominate your enemies from the comfort of a computer chair?

A Crack at LawLight Fans 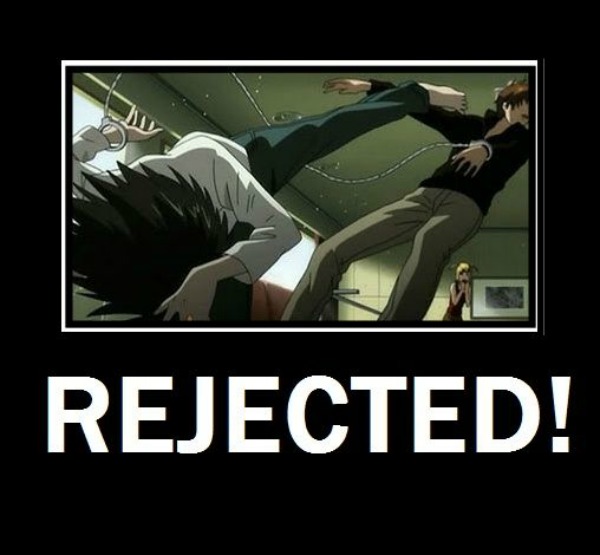 Sorry, Kira, no L booty for you. Although most definitely a hit at the L x Light fans, the meme is still hilarious. Not okay in so many ways, but hilarious. This is one of the best scenes in this portion of the anime. L and Light finally move past their verbal sparring and right into beating each other... as much as they can considering there's only about 6 feet of personal space allowed between them thanks to that chain.

A Standard of Excellence 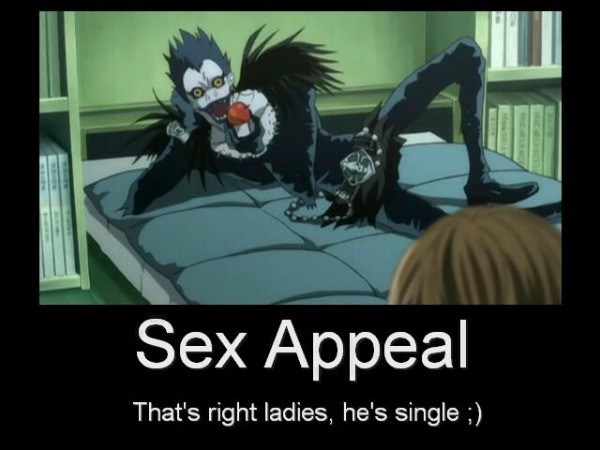 Ryuk - literally the sexiest thing in Death Note. Seriously, how could anyone deny that Goth-Chic leather? The beautifully pasty skin and bulbous eyes? Although definitely not an idea of "sexy", this classic Ryuk pose just begs to have remarks made (especially considering how overall disinterested the Shinigami is in relationships beyond amusement as a spectator.

That One Scene With Fridge Logic 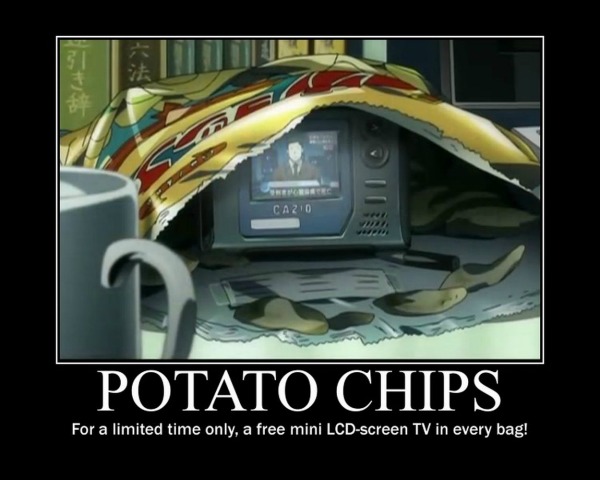 This made no sense right? I'm not the only one who didn't understand how he got a mini-TV into a vacuum sealed bag of chips without crushing them down. This meme just underlines the (not subtle) nonsensical strategy to this scene. The apparent "excuse" for this plot hole, was that the 'bag was already opened'. I don't think I'm alone in scoffing at the ridiculousness of that statement since Light very distinctly opened the bag while sitting at his desk... 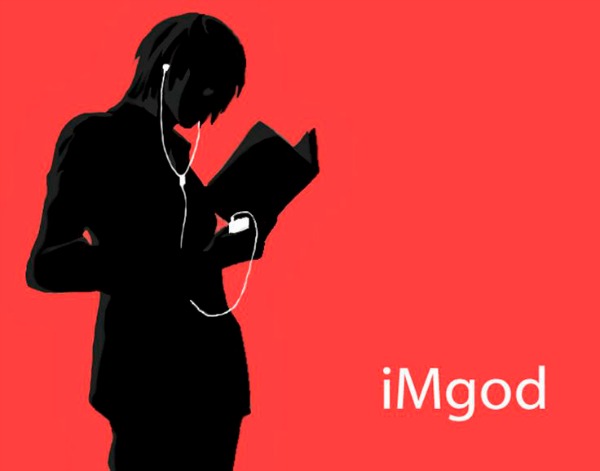 The ever famous Apple product symbol - Kira style! Really though, couldn't pass this one up. 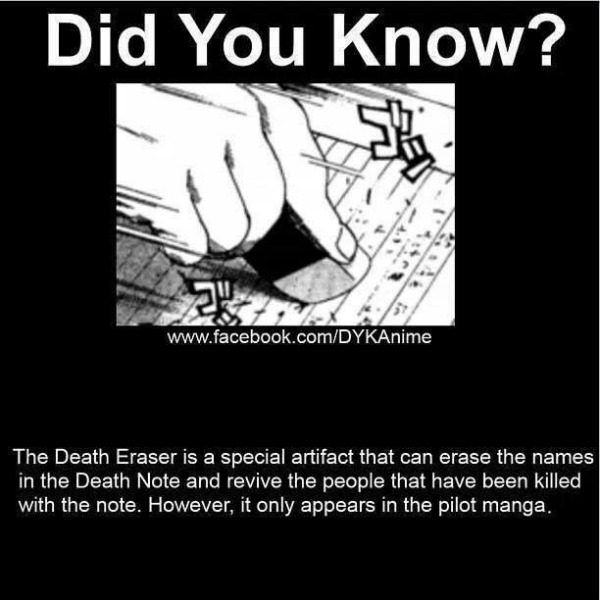 It kind of bums me out this wasn't in the manga series or the anime. It would've been pretty cool honestly. I know fans who wanted a Light v. L showdown as the ending would've appreciated it.

When L Reactions Are Too Accurate 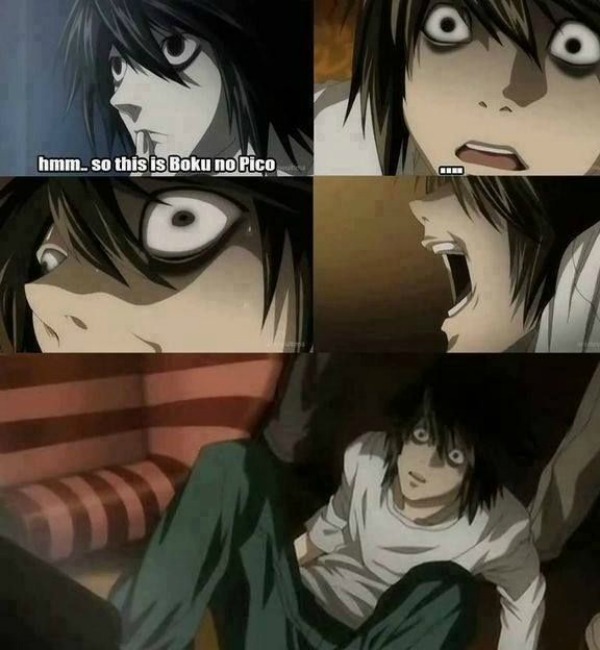 I do believe anyone who has been dared to view the atrocity that is Boku no Pico empathizes very much with the ultimate L reaction. 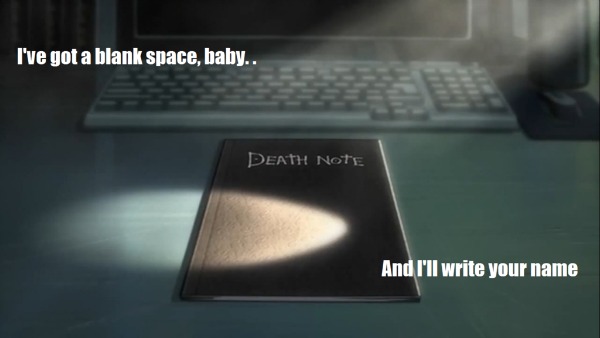 Taylor Swift and Death Note, who knew. While the song isn't about death note, and more about yet another failed relationship, this little stanza is a hilariously fitting pun.

Matsuda Has the Best Logic 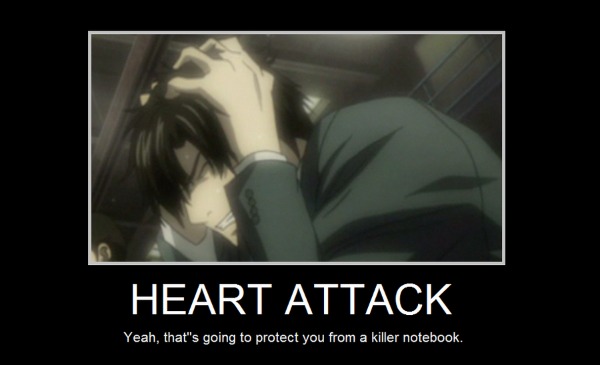 When in doubt: stop, drop and roll. Fires, earthquakes, tornadoes and yes, even heart attacks. Not that anyone can say they'd honestly have a legitimately good reaction to possibly being struck down by a heart attack. Matsuda is known for being a character with ridiculous lines, often tossed to the corner of "comic relief" in a form, and not taken seriously. However, his reactions are some of the most genuine of any character in the show.

What Does Light do in His Spare Time? 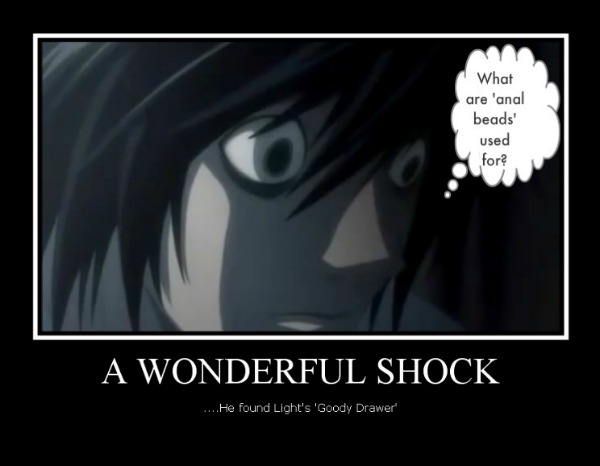 What would this list be without an allusion to the 'I-M-A-GAY' joke. Seriously, the joke is offensive and annoyingly persistent in Death Note "fandom tropes". However, this subtle play at the very popular L x Light pairing is funny and far more tastefully done.

Watari, a Next Level Alfred? 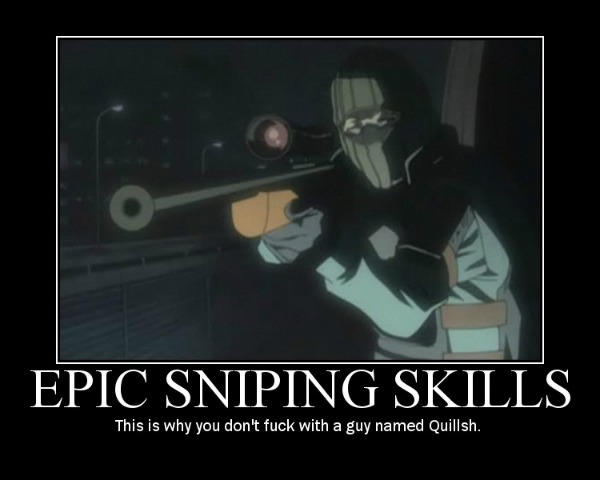 Seriously the most badass old man in anime. The Alfred to L's Batman. It must be questioned, how this ever-present figure did not grow into a more popular character. Watari, or Quillish Wammy, has a frightening set of skills, and begs the question of what can't the man do?

More Ryuk Sass Via a Cosplayer 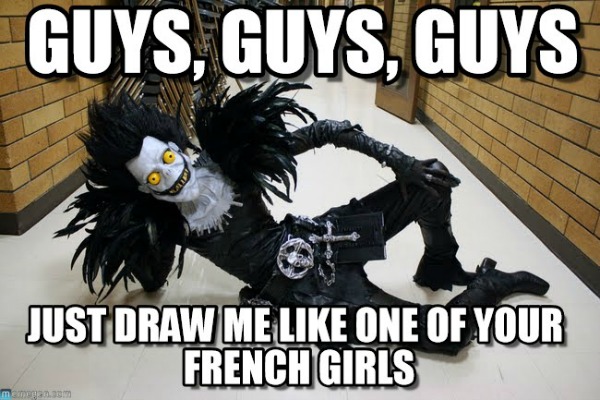 The dream of every Dada artist. This is a top-notch cosplay, and yet another pun about Ryuk's lounging pose.

Kira is a Part-Time Krampus 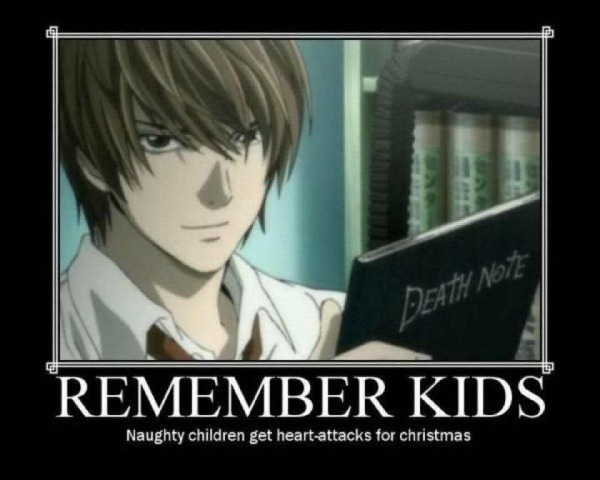 In the spirit of a recently passed December 25th, we now know who writes Santa's naughty list. I honestly don't think Light would be quite heartless enough to kill a child, unless said child was attempting to kill him but... one will never know. It's a funny thought regardless, and would definitely work better for keeping bad children in line than threats of coal would be.

If you love memes in general, please take a look at these articles as well:
・15 of the Funniest Naruto Memes
・Top 15 One Punch Man Memes