Pokemon has always featured Satoshi (Ash) challenging Gyms to win badges and enter the Pokemon League. But Gym battles are not the only path open to a Pokemon trainer. Aspiring, young trainers can also work hard to win Showcases, Contests, and a number of other events with their Pokemon partners.

While Gym battling has and likely always will be Ash’s forte, the entourage he travels with must also be given goals during the group’s journey. Ever since their adventures in the Hoenn region, the aspirations of his companions have gone beyond getting reimbursed for a bike destroyed by Pikachu’s misplaced Thunderbolt attack. 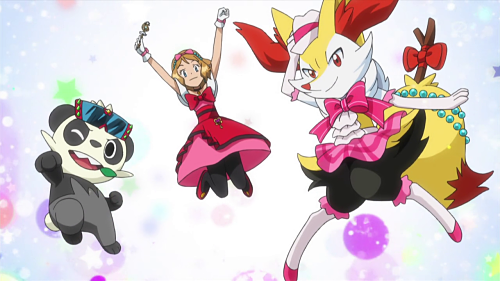 Serena and her Pokemon dressed up for a Showcase

Native to the Kalos region, Pokémon Showcases are girls-only competitions that are unique to the anime. Pokémon Showcases are treated like beauty pageants, with a trainer and up to a full team of six Pokémon working together to complete two challenges. The first of the challenges is different from Showcase to Showcase. For example, one Showcase featured trainers dressing up their Pokémon with clothing and other pre-selected materials within a given time limit while another Showcase had trainers and their Pokémon working together to make Poke Puffs (Pokémon treats similar to cupcakes).

The second part of the contest is called Free Performance, where the competing trainers show off their Pokémon’s skills on-stage, supported by music and special effects. Audiences vote on the contestants and the individual with the most points wins. The winner receives a heart-shaped key called a Princess Key for their victory. Once a trainer has acquired three Keys they may participate in the Master Class Pokémon Showcase, with the winner of that tournament obtaining the title of Kalos Queen. 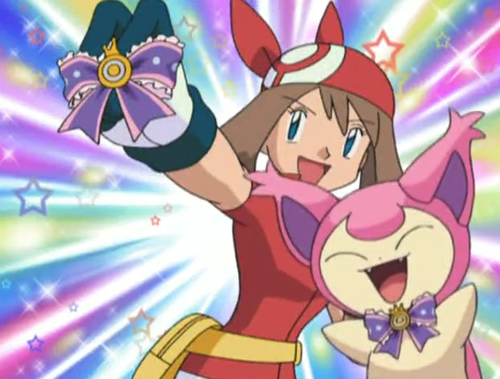 Haruka (May) and her Skitty with newly won Ribbons

Contests began in the Hoenn region, but have spread to the Sinnoh and Kanto regions over time. Like Showcases, Contests are divided as a two-part competition. Unlike Showcases, contests are overseen by three judges instead of audience votes. The first round, Performance Stage, has trainers using their Pokémon to perform moves that showcase style and skill. Each judge gives points based on their evaluation of the performance, with the most successful trainers moving to the second round.

Round two features Pokémon battles, but these battles are constricted by special Contest rules. Each round has a 5-minute time limit. Each competing Pokémon is given a points bar and loses if their points hit zero. Points are lost when a Pokémon takes damage, but moves that show off style can also affect points. For example, a Pokémon that does damage to an opponent and looks good doing it will make their opponent lose points compared to an average attack.

Unlike the video games, where there are five different categories of contests with differing ranks, the anime features regular contests as well as a final competition called the Grand Festival. Winning a regular contest nets a trainer a Ribbon; five Ribbons are required to enter the Grand Festival. Rules for Contests also change a little between regions. For example, in Hoenn you must use the same Pokémon for the entire competition while Kanto and Sinnoh allow trainers to switch Pokémon between rounds.

Showcases and contests are the most common and consistent events seen in the Pokémon anime, but many other smaller have also been seen throughout the course of the show. 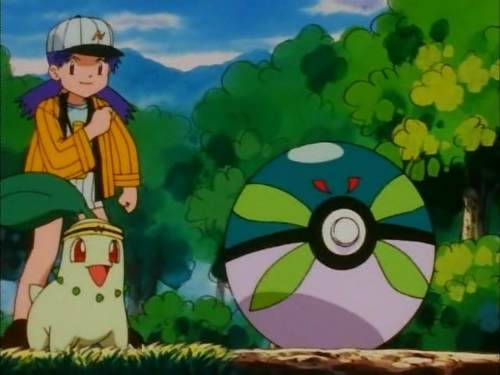 The Bug Catching Contest, featured in the Johto video games, was seen with Ash and his rival Nanako (Casey) competing to see who could catch the best Bug Pokémon. 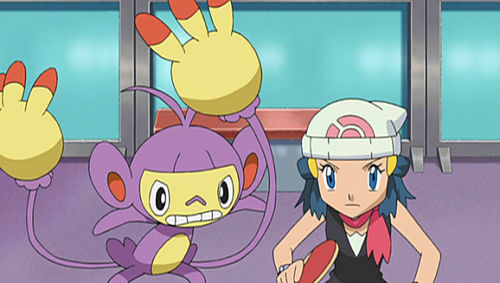 Hikari and her Ambipom prepare for ping pong

The Pokémon Ping Pong Tournament features trainer and Pokémon working side by side to win 2-on-2 ping pong games. 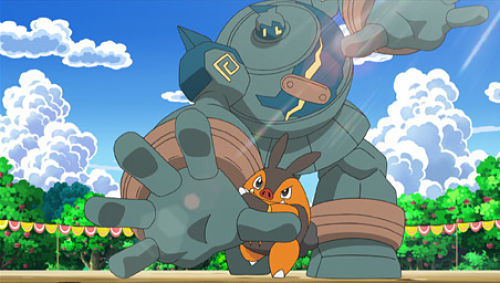 Two sumo tournaments have been featured in the anime. Ash entered both competitions, the first with his Snorlax and the second with his Pignite. 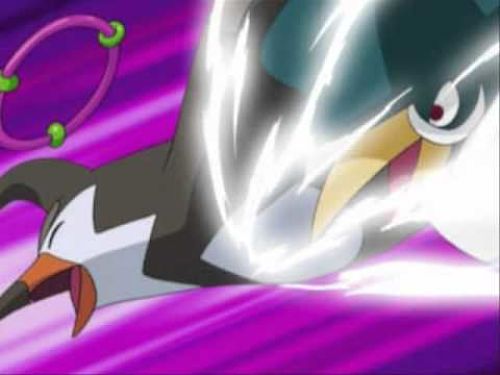 Ash's Staravia has its ring knocked away

PokeRinger competitions have been seen in Hoenn and Sinnoh. Competitors use flying Pokémon to grab a ring attached to a hot air balloon and put it around a target on the ground before their opponent.

Pokémon features many challenging competitions, and who knows what we will see next once the Gen VII games are released!