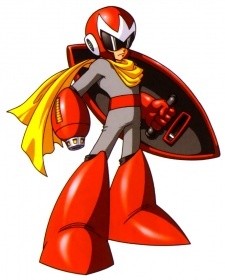 Seyfert Feb 20, 2017 9:55 PM
You just didn't like the first Digimon? Subsequent ones are all different from it, but I'm not sure why the first game is 'worst' simply because it's not identical to the first series, or just due to virtual pets when it's the whole premise...

Lancehot Jul 27, 2016 7:33 AM
I'll certainly concede that it never outright states what happens to whom. But for my money's worth I'd say there are enough visual & writing cues to suggest at the very least who the audience is supposed to think goes where. It certainly plays with the idea that judgements based on first impressions are dangerous, indeed the whole point of the game is to bring out information that changes our perspectives on the characters. But I don't think Billiards (or Parade) is ambiguous in the sense that it ends with no indication as to who will be going up & going down. To my mind, it's about playing on your presumptions made before having all the relevant information, not about how you can't make any judgement at all.


Of course, the masks etc could also just be red herrings. That's the good thing about being ambiguous - you can make anything up.

Lancehot Jul 27, 2016 1:10 AM
I would agree, except for the fact that in most, if not all cases, the masks change positions so that the person who walked out under one goes back under the other. It's more obvious in Death Parade, but in Billiards the old man emerges under the Onna-men mask (you see the red diamond with the mask cut off at the chin) & when he goes back it's the Hannya mask with the green diamond above him, even though he returns to the same elevator he exited from.


This also reflects the shift through the course of the episode from the young man being an unlikable arsehole to him having been murdered while the "nice old man" is resigned to death, having been a vegetable for the years prior. A similar thing happens in pretty much all the Death Parade episodes, for instance episode one starts with the woman emerging under the Onna-men, most of the episode depicts her partner as the arsehole, then it pulls a 180 at the end (which the second episode ties itself in knots trying to explain) & she returns to her elevator with the Hannya mask above her. That makes me think that at least Yuzuru Tachikawa has an idea where they ended up.

Lancehot Jul 26, 2016 1:24 PM
I'd say the answer to where they end up lies in the Noh masks. They certainly represent a judgement of some kind on the characters.

Noisdesu Jul 26, 2016 5:52 AM
Great article about Death Parade and its similarities to Twilight Zone!!!