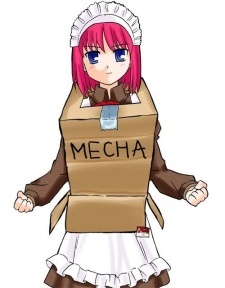 Huss Feb 3, 2019 4:23 PM
Greetings human, I have came in peace. I am sorry for being uninvited for this holy place of yours. I have seen the show Uchouten Kazoku ( the eccentric family). I wanted to discuss it with people. sadly the people i knew weren't that eager to discuss it with me or there wasn't that enough of people that liked it enough to have a proper discussion with me. Either way, i wanted to talk to new people. I want to seek new people and new opinions. whether i disagree with them or not, i shall gain some new perspectives and stuff i am sure i am not aware of. the other reason for me to do this is to make my conversation skills bigger and better. i want my critical thinking and my expression skills about anime to go higher this way conversations and discussions will be more effective and more fun for both parties. I wanted to talk to as much people as i can. i have went to the anime page in MAL, and have looked over the people who gave good or positive scores for this anime. I then later went over your profile and made sure that you have relatively good taste, regardless if i disagree with you or not. I have selected people who have a profile picture which indicates that such person like is OK with being social, or i assumed. i am sorry if this not the case and i was mistaken. This massage you see here have been sent to the dozen of people i have selected by hand. i made this massage unnecessarily long so i can trust you are comfortable with me talking to you in long posts in the next days to come when we discuss the various topics, specifically Uchouten Kazoku. I am again sorry for the intrusion and regardless if you are OK with me talking with you about this anime, i wish you a good week and successful life.

I'm a big Ishikawa fan, and I just want to say is that the ovas while they do a good job at representing the tone of Getter Robo, they totally missed out on the really great story that was put forward in Ken Ishikawa's mangas (1974 - 2002).

Unfortunately, most people who watch the Getter ovas have the impression that the entire series is just a sequence of hot blooded action without any thought put into it which is unfortunate, because the stories (In Getter Robo Go manga and onwards), present a story about the dangers of unchecked evolution, packed with buddhist themes and imagery. The director Jun Kawagoe knows his action, but if Imagawa was in charge, he would have done a better job at representing the story. Getter's plot is a lot more solid than Mazinger's, so you don't have to go through several Mazinger spinoffs (Z Mazinger, MazinSaga for example) to get a good solid story out of the Mazinger mythos like Shin Mazinger. It would be a lot easier to work with Getter Robo.

http://myanimelist.net/featured/171
>Fan panels are one of the main pillars of an anime conventions.
>A dealers' room full of merchandise, an artists alley with fan art on display.
>You have amusing PhD holders, Big Name Fans, and even industry luminaries all doing fan panels on everything from high brow critical analysis to distinctly more rakish looks at the mediums of anime and manga.
>They are people who regularly attend panels; that is most of my social circle.

Maur Mar 11, 2011 11:18 AM
Haha, I'm just giving you a hard time. I'm a sort of connoisseur of crap (as my list illustrates) I was more impressed by just the sheer amount of media you've consumed. I guess that's why you have a podcast.

sirwence Jun 1, 2009 6:39 PM
Hello there. We have started a club that celebrates Lum,' the invader' and Urusei Yatsura: Those Obnoxious Aliens. Check it out if you're interested. Thanks!
All Comments