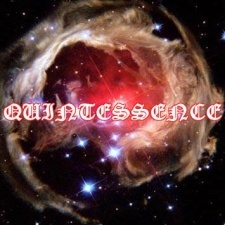 Gipphe Apr 10, 2016 6:12 PM
A year and a half has now passed since our last correspondence. How are your studies? Might you even be finished with your university/college degree?

Hit me up, just a chat.
Truly yours, your anime pal.
This is Gipphe.

Gipphe Aug 3, 2014 6:39 PM
I see, I see. The usual then, I reckon. I ain't the kind of person to pull life-lesson out of nowhere, so I'll go with the staple "Welcome back from your nearly-two-year hiatus!" I must admit, the thought that you had fallen victim to a fatal event has befallen me every now and then.

Explain; what ails thee, my brother who's having a warm summer?

Silion Sep 23, 2012 1:16 PM
Hello Quintessence may I ask you something about Keys Visuel Novel Rewrite

I want to play Rewrite from Key but dont understand the Rewrite-Festa thing....
So is Rewrite festa a game on its own would be nice if you could explain it to me
thx for your answer Silion :)

Gipphe Sep 8, 2012 2:55 PM
Growing worried here... If you see this comment, please let me know if you're still up and running, having just taken a break from anime/MAL for some time...

Gipphe Jan 31, 2012 1:08 PM
Aah, true. Denmark's got that massive chunk of ice up there. That would most definitely explain the reason, indeed.

I thought as much. Anime with a lot of explaining tends to either run boring after a while or hard to follow through. I'll probably never get around to reading the novels, I'm afraid, as I have yet to find an affordable way for it yet...

I was a tad surprised as well, to be honest, but I was more surprised that Misha herself wasn't a full-fledged character with her own ending, given the premise was laid out in a way that made me think so at first...

Usagi Drop is definitely among the mangas I can recommend :3

Gipphe Jan 30, 2012 11:19 PM
Arctic slice, not Antarctic. Then again, further reading have now taught me that Denmark's territory in the Arctic is currently questioned, and they are to renew their claim by 2014.
Denmark's, seriously speaking, not done anything noteworthy outside of Scandinavia and Northern Europe. They were among the vikings who, together with the Normans, drove out the Anglo-saxons from England, and they held Norway in a union for 436 years in a war seemingly out of spite for the Swedes, like the Kalmar war, Thirty-Year-War and Torstensons war. I honestly don't know why they have a claim for a piece of the Arctic, but it might be because of their influence on Norway during the early years of Norwegian exploration... Although that's a matter I do not want to place too much speculation into, by all means :P

xD I need to rewatch Spice and Wolf... I fell asleep during most of it, and didn't catch on to the bartering system, or anything in general...

I just finished her route... Took me 7 hours, and I skipped just about the whole 1st act since I had already read it...

Back at ya xD Especially from your manga list, mangas like Living Game and now Maison Ikkoku as well :)

Gipphe Jan 27, 2012 3:33 PM
It might've been an accidental find as a Norwegian, whomever actually found it, was on his way to Antarctica to cross it.

Then I fail to see the reason Denmark's got a chunk of the Arctic... You're the history-whiz, right? You know what Denmark's done in the past to justify their territorial claim of Arctic chunks?

I'm having serious issues finishing up Shizune's path... I end up completely distracted by something else after about 30 minutes >.< In time, I guess, in time.

Very well. I will refrain from pushing "awesome" titles on you ^^

Gipphe Jan 25, 2012 10:14 PM
Us pesky Norwegians... We have a tendency to cross islands of extreme weather, but Bouvet Island is this little odd man out...

Which oil-nation does not have a slice of Antarctica?

There are no discernible chapter switching in between those chapters I read, so it might be Viz pulling a quick one by releasing a tad more material on each chapter published (although, if they published the whole thing at once, then they have no reason to do it like this...)

His mind's been quite in the gutter for the most part of the manga so far at least. Now it's turning into a war of attrition between him and Mitaka though xD

I'm planning on doing Rin after Shizune, seeing as the majority of /a/ loved her path the most (for some reason).

xD I'll give it a go later today :P

I didn't really care much for Steins;Gate until a friend of mine at school recommended it to me, and it just happened to have it lying around on my hard drive. The 1st episode didn't entirely convince me this was going to be among the best animes I have ever seen, and it still doesn't, but from what that friend of mine says (although I yell at him to shut his trap and refrain from blowing the spoilers) it's an anime to watch it seems.

The scanlation I'm reading lists 80 chapters in total (which I suspected to be just a lack of translated chapters), but each of them are about 48 pages long. They might be double-chapters, the ones I reading, meaning I'm somewhere around chapter 68, which seems right according to your speculation. Also, the scanlation I'm reading doesn't list which volume I'm on, so I can't know for sure unless I stumble upon a page with a volume cover.

That was indeed a milestone, yes. Kyoko's opinion of him changed at that time, but I believe Godai's opinion/intentions changed once he moved out.

Shizune's just so boooring.... >.< I'm having difficulties playing Katawa shoujo instead of Space Pirates and Zombies xD (which is a highly addicting indie game, I assure you) I haven't got much left of Shizune's path either, being in the final act and all.

I've played about 1 hour of Narcissu, but that was years ago... I'll finish up Shizune tomorrow, then set out for a quick play-through on Narcissu (since it's only got 1 path, it should be quick).

Maybe I should build myself a super-harem as well :3

Also, you who're so fond of stuff that questions your logic and intuition: Steins;Gate proves to be a series to watch in case you want an anime that twists your perception of time a bit, with a sizable dose of hilarity and proper moeness (the latter being in reasonable amounts, of course).
All Comments