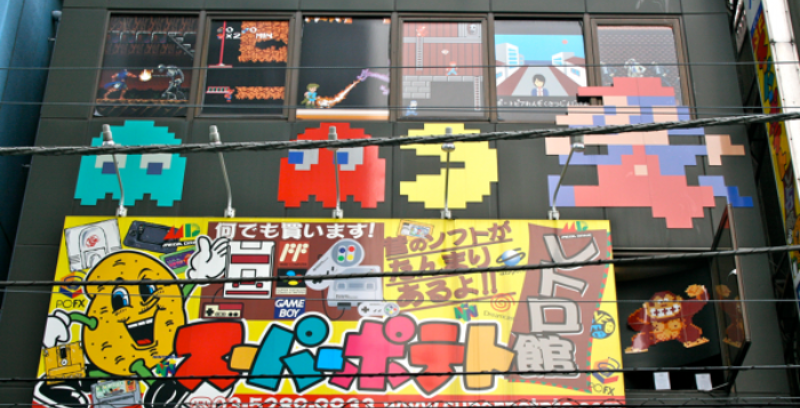 If you're ever in Akihabara, then pop by Super Potato for your retro gaming fix! Image Source

No one man can speak for an entire group of people. Much like Jesse Jackson isn't the emperor of black people, Hayao Miyazaki's indifference to gaming doesn't mean that most anime fans can't be gamers.

What's really great is that your favorite anime series has probably received a game adaptation (or two or three...) at one point or another. Furthermore, it's hard not to get excited when a popular anime is developed for the latest consoles.

But there's another world of gaming out there which has been growing in popularity over the past decade or so. More gamers are gravitating towards older consoles and games. The prime reason is nostalgia but also for the simpler control schemes and higher difficulty levels older games bring to the table. In fact, tons of gamers descend on Akihabara and Nipponbashi Denden Town in Osaka to purchase all the coolest retro games from the 80's and 90's.

It's time to unveil the top 15 retro games based on anime!

Tecmo are renowned for making some seriously hardcore games - Ninja Gaiden anyone?

So when Tecmo got around to developing a game based on a cutesy anime property, it was bound to draw attention. Unfortunately, it was never officially released outside Japan, but there are ROM hacks and cart reproductions with the English translation out there.

Here at MAL we don't endorse these kinds of releases, we just wish to inform readers in case they come across these versions. Track down the original Japanese version instead, since it's a platform game it's still enjoyable even if you can't read Japanese.

The Saint Seiya series has an eclectic mix of heroes and villains. And this particular game adaptation also likes to mix things up. Its part side-scrolling platformer, part beat 'em-up, part RPG and an all-round good time!

Is this the best Saint Seiya game out there? Well, I prefer the newer iterations but this one smacks of so much retro goodness that it simply can't be ignored.

The Fist of the North Star series was insanely popular during the 80's. Therefore, it should come as no surprise that this grimy post-apocalyptic saga would end up on the NES. Kenshirou takes center stage, and deals tons of punishment on his pixelated adversaries in this action side-scrolling game. It must have made quite an impact, as it spawned several sequels.

The City Hunter series never disappoints with its cool characters and amazing action scenes. But how does a retro game based on this series stack up? Well, not bad actually. As an action side-scrolling game, this takes a slight cue from Namco’s Rolling Thunder games - it pretty much delivers a short ‘n sweet experience.

Visual novel fans rejoice! This one's right up your alley.

3x3 Eyes has always struck me as an oddball but enjoyable series due to its peculiar mix of fantasy and occult themes. It might have worked as an action platforming game, however, the developers decided to take another route. They made a digital comic with some glorious pixel art, which doesn't deviate much from the original manga artwork.

If you enjoy horizontal shoot 'em-ups, then you'll be in heaven. And what's even better is that you'll get to take down all those dastardly Zentraedi, while trying to pick up as many power-up pods as possible.

The Sega Mega Drive received two Yuu Yuu Hakusho games, but this one's the better of two. It’s a fighting game developed by the geniuses at Treasure. This means that high-octane beat ‘em-up action is the order of the day. Pick it up if you can get a good deal on it, since this one of those much sought out retro games that keeps rising in price.

Sega's Mega-CD wasn't a very popular add-on but some incredibly cool games were released for it. Hideo Kojima's seminal cyberpunk adventure game, Snatcher, is one key title that comes to mind.

But what about retro games based on anime properties? Well, the Mega-CD received a few of those too. Urusei Yatsura is a digital comic / adventure game with some very high production values. Not surprising considering that it was developed by Game Arts who were responsible for some of the best games during the 80's and 90's.

Capcom first released Area 88 as an arcade game, and the subsequent console port is based on that. It's an almost near-perfect port, which is no mean fete considering that the Super Nintendo is a lower-spec system than the original CPS-1 arcade hardware.

This is a much sought out title amongst retro gamers and shoot 'em-up fans. Tight controls, challenging gameplay and three characters to choose from will keep you coming back for more!

Who doesn't love Nintendo's Punch Out? Not many of you, I'd like to believe. But wouldn't it be better to duke it out with an old school boxing game based on a beloved boxing anime? I see you nodding in approval!

Ashita no Joe made it onto the SNES, and it's a very simple and straightforward boxing game. Fortunately, it's also a fun retro title which presents the action from a side view, making it easier for players to execute punches accurately.

Hikaru, Umi and Fuu were screaming to go on an epic action-rpg adventure. And what better console to appear on than the 2D dream machine - the Sega Saturn. The vibrant colors, beautiful vistas and well-animated super deformed characters are simply breathtaking!

The English version was localized by the legendary but now defunct Working Designs, so expect a humorous translation. But be warned, this version is rare and expensive to get hold of. Alternatively the Japanese version is cheaper and there are more copies floating around.

Don't you just cringe at Shinji's awkwardness and how he continuously gets chewed out by Asuka? Well, we've got just the game that might just turn the tables in Shinji's favor. There's a new girl in town and her name is Mana Kirishima, and she starts hitting it off with Shinji. This only infuriates Asuka...and even makes her a bit jealous!

Fans of visual novels should not let this one pass them by. And if you don't own a Saturn, there are also PS1, PS2, PSP, Windows and Macintosh versions available.

Some anime to game adaptations tend to disappoint, but that's not the case here. The developers were smart enough to make a third-person shooter where the player controls a Fuchikoma, and therefore the game is focused and fun. Since the rich Ghost in the Shell universe is inundated with high concepts, many would not have translated well into the game's play mechanics if they were also included.

Another cool aspect is the banging soundtrack by some prominent techno artists from the 90's. This is one retro game that even Major Motoko Kusanagi can get behind!

The recent Naruto games are all awesome, and I'm a massive fan of them. They truly do immerse one into the Naruto universe with some of the best cel-shaded graphics to grace modern consoles. But when we go back to the PlayStation 1 era, things were very different.

Naruto: Shinobi no Sato no Jintori Kassen takes a completely different approach compared to its modern counterparts. There's no high octane ninja fighting action to be had here, which is surprising as this is one of the cornerstones of the series. Instead, we get a trivia-based board game with some really great sprite art - definitely a title for those that are looking for something different.

Guts is the kind of character who is equally at home in an anime as he is in a video game. After all, he's not the talkative type and prefers to swing his sword to solve problems. I think we can all agree that there's nothing more fun than button-mashing through endless hordes of enemies, and leaving trails of blood in the process.

A great title for Dreamcast fans, and I know there's a ton of you who love Sega's swan song system.

You just can't have enough retro games based on anime. Gamers are an insatiable lot so here are five more titles to hunt down! 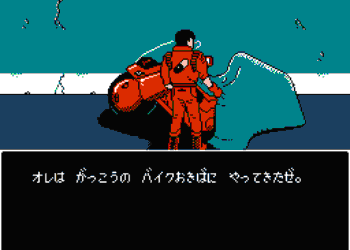 Two Akira games were released back in the day. A text-heavy adventure game for the Famicom and an action-orientated title for the Commodore Amiga.

Stick to the Famicom version as the Amiga game is completely atrocious...even though the Amiga is an excellent computer. 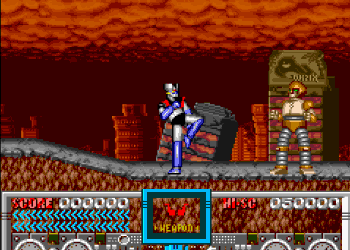 Things just don't get any more retro than Mazinger Z. Those rockets punches and Kouji Kabouto's sideburns are bound to give you just the right kind of nostalgic feels! 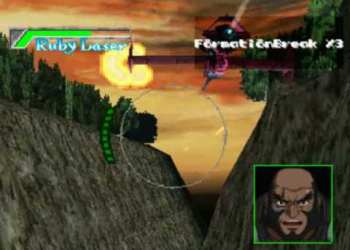 What's cooler than taking partaking in the Cowboy Bebop universe? How about getting to pilot the Swordfish II in a fast-paced 3D shooter. 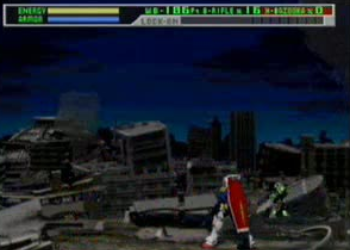 The Sega Saturn received several decent Gundam games. This is the first one and is notable for its realistic pre-rendered graphics (for the time) and anime cutscenes. 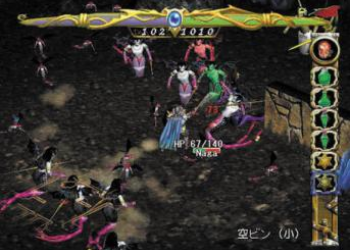 If you love retro games, then there's a pretty good chance that you're into action RPGs.

The Record of Lodoss War originated as a series of fantasy novels with a traditional RPG rule set. So a dungeon crawling hack 'n slash fest is exactly what fans were looking for!

There have been some fantastic anime games over the years! Great anime games not only correctly portray the characters and the setting of their source anime, but are also exciting to play! Here are 15 of the best anime games in existence that anime fans and gamers alike should check out!