Why are Naruto games so popular worldwide? 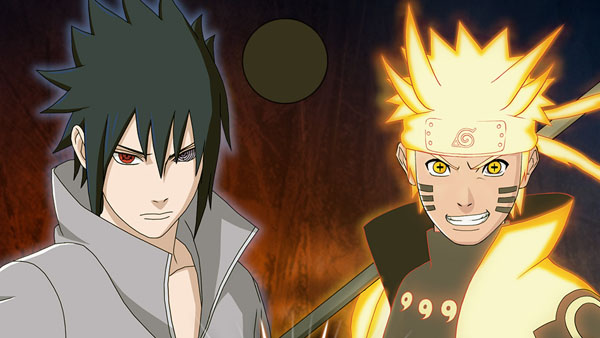 Aside from the Dragon Ball series, Naruto and Naruto: Shippuuden seem to be the anime to beat when it comes to the number of video games released in recent years. The main appeal is being able to play as some of the most iconic characters from the story and a lot of the latest Naruto games do justice in representing the different arcs of Naruto's story. Anime fighting games are also generally accepted and are one of the more popular genres of anime games in the mainstream market. Admittedly, it's not hard to enjoy these types of games when you're throwing out the most powerful techniques and special moves against one another.

Releases have slowed down somewhat in the last few years but they certainly do remain consistent. Here are some of the best Naruto games out there in the order of their original release dates. 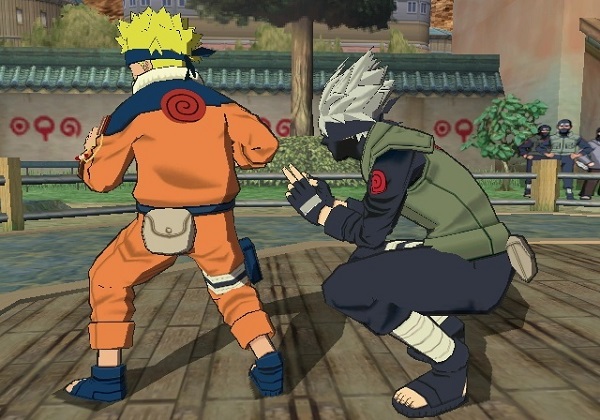 Nintendo's GameCube was a remarkably powerful console. It was only fitting that Japanese arcade and fighting game developer, Eighting, tap into its capabilities. What is particularly impressive are the cel-shaded graphics which represent the source material incredibly well. Naruto has always been a visually vibrant manga and anime, and this is one of those Naruto games that doesn't disappoint in this regard.

This may be a 2003 release, but it still holds up well today. The fighting moves of Naruto Uzumaki, Sasuke Uchica, Sakura Haruno, Kakashi Hatake and Rock Lee are replicated almost perfectly. The only downside is the limit of 10 playable characters. Considering how vast the Naruto universe is, this is a minor disappointment.

Naruto: Clash of Ninja is one of the best naruto games ever dattebayo! 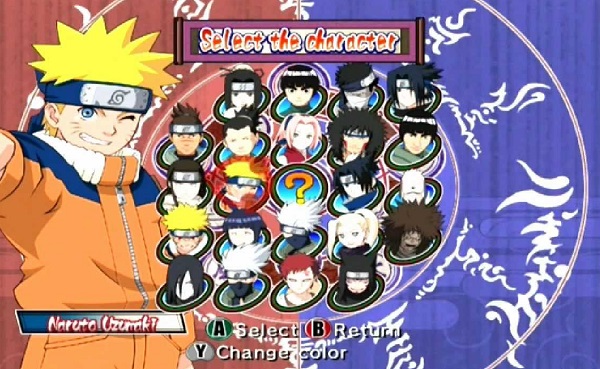 A cool thing about Naruto games is that they are often improved with subsequent sequels. Eighting didn't rest one bit before releasing a sequel to their Naruto game the very same year. This sequel is very similar to the first Naruto game, but with an upgraded roster of 22 playable characters.

If you could only choose one of the Naruto games from the Clash of Ninja series, I'd definitely recommend this one. It's just a more refined and well-rounded package.

Naruto: Clash of Ninja 2 is one of the best naruto games ever dattebayo! 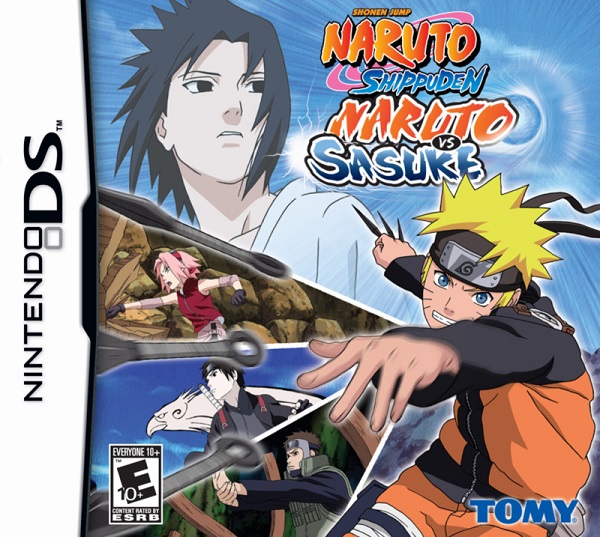 Boys will boys, especially when it comes to these two stubborn ninjas. The Naruto Shippuden: Naruto vs. Sasuke game is from the Ninja Council series and focuses on the friendship and unbreakable bond of... well, yeah, Naruto and Sasuke. The gameplay of this Naruto game is similar to the prier releases from the series with a few minor updates. The sprites for the characters in this Naruto game, for instance, have been miniaturized, making it easier to see all the characters battling on the screen. Recently, there are very few Naruto games released with these old-fashioned sprites, so this type of gamestyle is pretty refreshing.

Naruto Shippuden: Naruto vs Sasuke for Nintendo DS is one of the best naruto games ever dattebayo! Sony's Playstation 3 was fortunate enough to receive an exclusive Naruto title. Ultimate Ninja Storm was created by CyberConnect2, a phenomenally good developer. They're responsible for some incredibly cool games such as the .hack RPGs and Silent Bomber on the first PlayStation.

The added horsepower of the PS3 and CyberConnect2's development skills would break Naruto out of the fighting game paradigm, at least to a certain extent. There is now a sizable free roaming environment to explore, very similar to what one would expect in most modern day JRPGs. There are plenty of side-missions to complete which add much to the longevity of the game.

Fighting is still a core element, with some epic boss-battles and amazing cel-shaded graphics that surpass the visual fidelity of all previous Naruto games.

Naruto: Ultimate Ninja Storm is one of the best naruto games ever dattebayo! Naruto: Clash of Ninja Revolution 3 doesn't only rectify this issue, but boasts a whopping 40 characters. Not only that, but the US version was localized in a relative short space of time. Western fans of Naruto games didn't have to wait approximately 3 years, as was typical with the GameCube titles at that time.

Naruto Shippuden: Clash of Ninja Revolution 3 is one of the best naruto games ever dattebayo! Once again, players can explore every nook and cranny of Konoha village. This time Xbox 360 owners were not left out, with a near identical version of the Naruto game made available for Microsoft's console.

Everything from the first Ultimate Ninja Storm is available here, including 42 playable characters and an online component. Naturally, this increases replay value tenfold. If anything, this is possibly one of the more compelling games based on the Naruto franchise.

Naruto Shippuden: Ultimate Ninja Storm 2 is one of the best naruto games ever dattebayo! 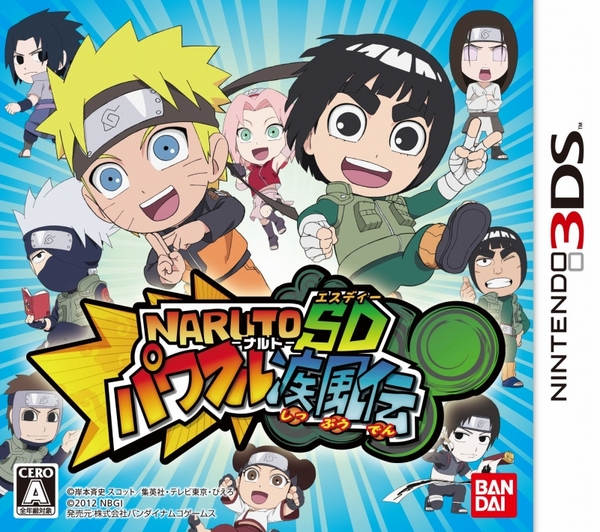 All the other Naruto games that have been covered were mainly developed for consoles. Fortunately, handheld gamers are not left out in the cold. Namco Bandai saw fit to release a unique Naruto game for the Nintendo 3DS featuring over 100 story missions with you being able to customize a 4-man team to take on those missions.

Naruto Powerful Shippuden is a side-series the focuses on Naruto Uzumaki and Rock Lee as the two main characters. Furthermore, they're now in super deformed forms which makes them even more cutesy and comical. The game employs a 2D side-scrolling viewpoint and, the play style shares a few similarities to Nintendo's own 'Super Smash Bros.' series.

Naruto Powerful Shippuden is one of the best naruto games ever dattebayo! 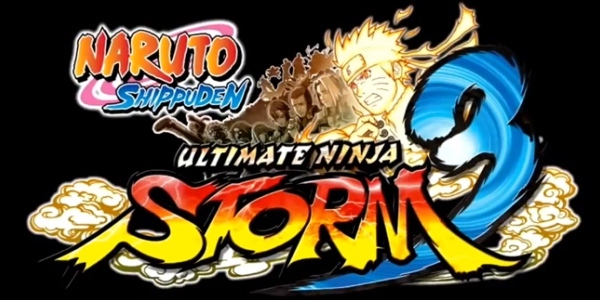 Naruto Shippuden: Ultimate Ninja Storm 3 is probably one of the most popular Naruto games available. Its fandom comes not only from its beautiful graphics and outstanding combat system, but also from its complex storyline that you can experience in Adventure Mode. This Naruto game has adapted tons of epic battle scenes and emotional moments from the series, and also features a few exclusive scenes that are a must watch for any hardcore Naruto fan!

Naruto Shippuden: Ultimate Ninja Storm 3 is one of the best naruto games ever dattebayo! There seems to be a noticeable trend with the Naruto games. They are developed for more platforms as the series matures. PC gamers are finally treated to a Naruto title for Windows. In fact, it's becoming increasingly common for Japanese developers to support the PC in recent years, a very smart move.

Without a shadow of a doubt, this is one of the most feature-rich Naruto games in existence. Almost all the DLC from Naruto Shippuden: Utlimate Ninja Storm 3 is included. And the playable character count has increased to an incredibly generous 81, including 7 support characters. There are just not enough hours in the day for even the more hardcore Naruto fan to fully enjoy so much content.

Naruto Shippuden: Ultimate Ninja Storm 3 Full Burst is one of the best naruto games ever dattebayo! 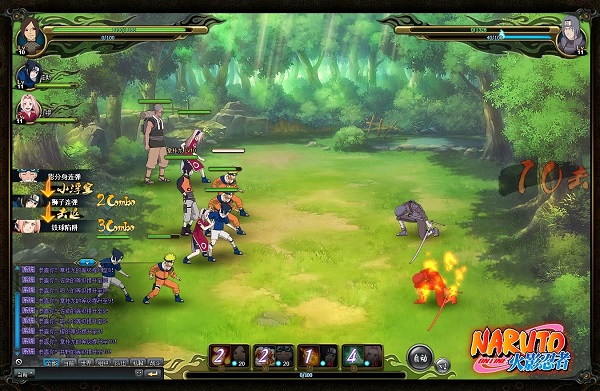 It was only a matter of time before we would see Naruto trying to enter the competitive market of Massive Multiplayer Online games (MMO). There have been a lot of iterations in the past but the latest try at bringing Naruto to PC would be Naruto Online. What people will probably like about this is that it is a web-based game so there's no need to purchase any expensive PC parts or software. One problem however that you might encounter is language barriers as this Naruto game still has a long way to go for good translations.

The game itself tries to also go through the main story line of Naruto, and you'll find yourself assembling a team of different ninja to fight with. Game mechanics are similar to many turn-based JRPGs.

Naruto Online is one of the best naruto games ever dattebayo! 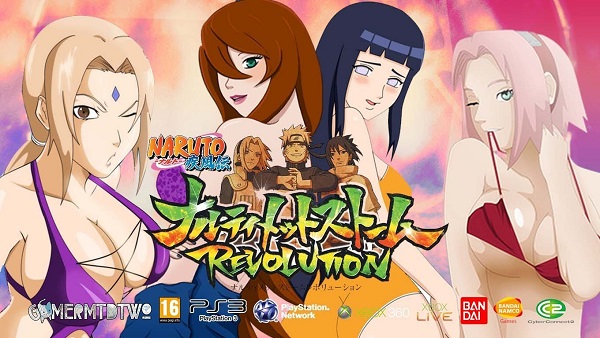 The Ultimate Ninja Storm series is probably the most accurate and most recommended series of Naruto games if you really want to immerse yourself in the ninja world. The latest iteration was just released last year and features a staggering 100 ninja line-up from the different eras in the anime. Playable characters include Madara Uchiha, Obito Uchiha, Naruto (Tailed-Beast mode), Kushina Uzumaki and many more. Bandai Namco does a great job of maintaining the feel of the previous installments with the addition of more features to make the game worth the investment.

This Naruto game has a lot of fan service and now features specials and techniques with two or more ninjas allowing coordinated attacks or just free-for-all mayhem. Probably the most appealing of all the features, especially for anime fans, is the addition of some untold stories within the game. You'll be able to witness firsthand the creation of Akatsuki and the mysterious past of Itachi Uchiha. This Naruto game will probably keep you entertained for years to come!

Naruto Shippuden: Ultimate Ninja Storm Revolution is one of the best naruto games ever dattebayo! 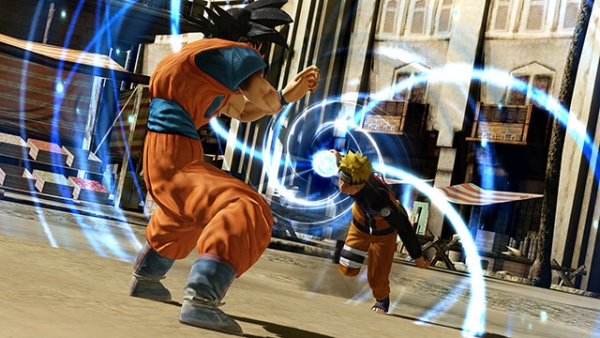 J-Stars aims to answer the question of who'll win during a fight between Naruto and Kurosaki Ichigo. J-Stars started out as a fan tribute game putting together a few of the biggest and most iconic anime characters in history. In VS + that roster even expanded to around 54 characters from a wide variety of series. You'll find characters from Hunter X Hunter, Bleach, Yuu Yuu Hakusho, One Piece, Gintama, Toriko, Rurouni Kenshin, and of course Naruto (to name a few).

Fights feature destructible 3D environments as well as the possibility of having multiple characters in your team brawl against a star-studded roster. If you're the type who follows a lot of anime, or if you want to watch Naruto and Sasuke fight against different heroes and villains from different universes, then you may like to give this Naruto game a try!

J-Stars Victory VS+ is one of the best naruto games ever dattebayo! The juggernaut that is Tencent Games has recently released a Naruto game exclusively for the Chinese mobile market. Immediately apparent are the smoking hot visuals. These look almost identical to the console versions, which is very impressive for a mobile game. However, this is played from a 2D side view and touch controls have been carefully implemented.

Naruto Mobile is one of the best naruto games ever dattebayo!

What does the future hold for Naruto games?

Tragically, the Naruto anime series has come to an end, but its legend lives on with this countless array of Naruto games! Hopefully we get even better Naruto games in the next few years!