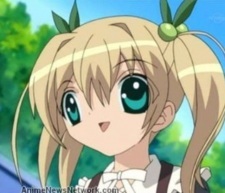 YourFearexe Jan 27, 11:29 PM
I feel The same about Black butler Book of Atlantic though it was a five for me it was nowhere near as good as the other black butler book or seasons but I had to watch it so to not miss what will happen in the next book/season really good review of it though.

smug_cat Nov 21, 2019 5:08 AM
makes sense, though I'd say that reviews are meant to try to judge it's quality rather than just what you think of it and if you did or didn't like it.

smug_cat Nov 20, 2019 4:30 AM
black butler is good, I personally like book of murder and book of circus a lot, I didn't like the first 2 seasons though so I just skipped those. but I have to say, that review was seriously filled with nothing but personal opinion. and anime movies for series are always meant as a kind of filler so that complaint doesn't even make any sense. so me that review looked like you were trying to enjoy the movie as just another part of the series when it very obviously never even tried to give the impression that that's what it was going for, it was going for entertainment and nothing really more, as it's own seperate thing with the same characters and for me that plot twist with the elizabeth was fucking awesome

smug_cat Nov 16, 2019 5:54 AM
lol, it's kind of funny how I could tell you were a girl just from your black butler review. I was so conviced that I went here to check and I turned out to be right XD

jtpetino Sep 24, 2017 7:27 PM
It makes sense if you think about it. Out of her entire family she was the only one acting diferent (even when she has a mother like that). She seems like the type of person which wants to serve rather than serve, so it would make sense for her to do that.
Although I agree that she is too simple minded, that is how the author made her; and for good reason. The main purpose of the manga is Ciel and Sebastian solving crimes, not progressing a romance story between Ciel and Elizabeth. So the simpler the romantic interest is, the easier will be to make breather chapters

jtpetino Sep 24, 2017 12:47 PM
This is the arc that comes right after the last adaptation of Black Butler. So I don't get why you don't like it seeing as this is basically faithful with the manga. You are just looking for a reason to deem anything made by A1-Pictures (regardless of the source material) bad.

JoseiQueen Sep 24, 2017 11:57 AM
There were things they left out in the manga, but overall, I was pleased. I would've liked it better as a series because the campania arc packs so much information that is relevant in future manga arcs that it feels like it's all over the place at points. It's no one's fault for it, but even though I was pleased, that bugged me throughout the movie. I really liked it as a movie, but I think it would've worked better as a series. The Green Witch arc, however, would work as a movie.

JoseiQueen Sep 24, 2017 3:55 AM
I AGREE WITH YOU ON THE CGI WITH THE BOTA MOVIE. I PERSONALLY LIKED THE ADAPTATION, BUT THE CGI WAS UGH

Littoface Mar 26, 2017 5:10 PM
Hahaha I'm the opposite, I WISH I had more time to accumulate achievements. (If only there were a life achievement for taking three months to respond to a comment...)
All Comments