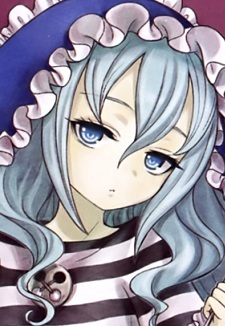 JadeMew 10 hours ago
I tend to like the more loud characters I guess. I do like Rena but she's my least favourite out of the group.

I feel deep sympathy for Miyo and I just can't hate her. I truly believe everything she did was due to being sick with the syndrome. Cos at a certain point she stopped caring and started doing bad experiments but it only started when she felt pressure and I think that's what caused her to get sick. That being said, I am not condoning her actions and I believe she needs punishing but at the end of the story it was said she was sick.

I am the type of person who feels a lot though.

JadeMew Yesterday, 11:09 AM
I'll save the link and wait and see what happens. x3

You know, when I watched the anime I never liked Rena but when I went to read the VNs I ended up liking her.

I can't help but love Mion I find her really sweet and cute.

Oh, what did you think of Miyo?

Renkini Yesterday, 10:13 AM
Yeah, getting 100% here is kinda easier than Mond and Liyue. I still have some marks I put on map where I couldn't solve the puzzles and I'm pretty sure I'm still missing some Electroculus. Maybe it's some kind of compensation for the harsh environment and time-gated quests.

I've already done the shrine thing where you need to pray daily. I think it takes 3 days. At the last day, the samurai will attack you and after defeating him, you need to dig his treasure at the nearby village. I know the old notes but still haven't got the luxurious chest. Might be missing some notes but I dunno how to check where I missed nor which are the ones I read.

There's also one place in 3rd Island where you can put 12 Naku Weeds in a basket to get an exquisite chest the next day. I dunno how many days you can continue doing it tho. I've done only 2 days and already ran out of weeds. The basket was available after you've done the quest where you talk to an NPC who asks you Naku Weeds and protect him from Fatui.

I'm not against dark skin but anime cliches tend to make dark skin characters as athletic/boyish/gyaru types so it's hard to find a girly/cute one I usually like. If Genshin can make such a character, I might pull her but no if they're just Xinyan 2.0.

There're still 4 nations remaining and the game isn't even halfway done. Not saying your playstyle is wrong but I can't imagine playing only as Ganyu main throughout the whole journey. It'll get bored real quick. I was Jean main before I got Keqing, then Keqing main, and now building to become Ayaka main. I like Keqing but that doesn't mean I'll always use her and I don't believe "not using her = you don't like her anymore." For example, I became to like Jean even more after the Archipelago to the point that I bought her skin but I barely use her lately.

Ah yes, they were not all females. Now I kinda remember there was also Thoma in it but not Eula. Kokomi's design was changed very distinctly too.

Renkini Jul 31, 10:22 AM
Well, now I have first and third island 100% and second one at 90%. The only place left I need to explore properly is yours truly furnace and I'm at "final preparation" phase of its quest chain so I hope it'll over tomorrow. I knew by chance online that the electro effect will disappear after the quest chain so I left it to explore only after that. Currently I'm Samurai Slayer to farm handguards for Ayaka/her weapon/her talents. Got enough Sakura blooms just today.


Bow isn't available yet
It's available but it takes an annoying daily 1/3 chance gacha to get it: https://gamerpillar.com/how-to-get-hamayumi-bow-in-inazuma-genshin-impact/
I found this NPC some days ago but didn't know you need to do it daily so I missed some days. Need to get back on it.

I have very little interest in 5-star characters' Constellations cuz I feel like they aren't worth it to sacrifice your 90/180 pulls. I'll get a new waifu instead of that just for collection's sake. And after Inazuma, the next region will be Sumeru, which will be based on India so not being racist but I probably won't be interested in those character designs so this might be the best time to use up my Primogems.


So you don't like Yoimiya?
Both her personality and playstyle are fine but her design is a big minus. Do you really think I, who likes girly girls, will be interested in a girl with tattoos all over her body and wearing Orochimaru's obi around her waist? At least Raiden is smoking hot and Kokomi is cute like a magical girl.

You too. I think you said you like Kokomi's design when I showed you 8 leaked female characters. Now what happened? (I think her name was Mimi around that time. Now they changed it to Kokomi.)

AL_TheProdigy Jul 31, 10:13 AM
Thank you very much for the long detailed explanation! I've heard of School Days and Nier but never considered playing it. :/
Both sound interesting but I think I'll start with Hoshi Ori Yume Mirai first :D.

I have to be honest, I haven't watched Steins;Gate yet but a friend said the game is better then the series. I saw it many times in the Playstation Store but never bought it..

I really really recommend you The Last of Us, I finished the first game about 4 times and get platin trophy on PSN xD It's one of my favorite games. The sequel was great too, but I would say the first one is unique and unsurpassable! Story, map, characters, action, thriller - everything is amazing, especially the "enemys". Naughty Dog are genius, one of the best developer ever!!!

I enjoyed Tales of Berseria was really fun, but after that never thought of playing Zestiria.

JadeMew Jul 31, 5:22 AM
Thank you! I think I will wait till they're on Steam though as I like to collect the cards and achievements. x3

Rena has a sweet voice. Do you ship her or Mion with Kei-chan? I actually like Mion x Kei.

AL_TheProdigy Jul 30, 12:58 PM
I like both but i would prefer romance, so should I start with Hoshi Ori Yume Mirai? What is the story about?

A few weeks ago I finished Root Letter and Tales of Berseria. I wanted to start with Steins;Gate, but was too lazy :D

Otherwise I currently play Rocket League and sometimes The Last of Us.

JadeMew Jul 30, 8:58 AM
I only played/read the ones on Steam right now. If they translate the others and put them on Steam I will probably get them just cos it's Higurashi.

The VN about Shion and Satoshi made me cry in many parts and the song "You" is my absolute favourite and makes me emotional.

Here's a cool version were they all sing: https://www.youtube.com/watch?v=KQPmBnnAczA

I see you play VN games, is it fun to play? Which one can you recommend for a beginner?

JadeMew Jul 30, 2:46 AM
Omg eeep I love meeting Higurashi fans. Did you play/read the visual novels?

Renkini Jul 28, 7:37 PM
I'm 97% rn on first island, but only above 70% on other two. I did Archon quest very early but taking my time with world quests and exploration cuz fuck Mikage Furnace cuz I don't see any point to rush. Still, the event that'll give you a free Beidou forces you to explore all islands so at least I've unlocked all teleport points. Just got the katana yesterday and when I checked my craft list, I'm stilling missing the bow and the claymore.

According to the leak video I watched, Raiden will use her infamous boob sword for a very short time when using Q. A sword is not equippable. Not sure how great will be her damage output, but judging from that video, her moves are very plain and underwhelming. Nothing flashy and impressive like an Archon should be. So I'm rethinking my strategy to get her. Maybe I'll pull her banner until pity hits, and if I lose 50/50 and get another 5-star, I'll give up on her and just try my luck on Kokomi banner.
The video btw: https://www.youtube.com/watch?v=zlnHSY-oI_M

Renkini Jul 25, 9:51 AM
Of course and definitely. Her personality is even softer than I expected. Wanted a photo of Lumine and her strolling in festival with those fox masks on, like in hangout events. It'd be a very beautiful and memorable wallpaper. Definitely my top favorite Genshin girl rn, and by a large margin.

Btw, still disappointed that Raiden is a lancer instead of a saber.

Renkini Jul 24, 10:22 AM
Yeah, the color purple and Electro-looking design just screams Keqing but the problem is, Ayaka's samurai aesthetics makes her not suited to any existed sword until now. She's only suited to katanas and at least this one is a katana AND her BiS, plus the new pity system for weapon banner is like begging me to pull this sword for her. The new craftable 4-star katana looks suit her too but I dunno how to get it yet.
All Comments