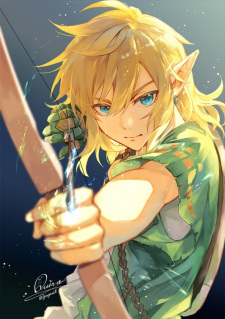 vegeta8639 Sep 16, 5:17 PM
Have you done anything interesting recently? I've been on an anime binge and watched Katanagatari, Ergo Proxy and now I'm 5 episodes into Dog Days which is a complete clown fest so far. Protag gets isekaied into a world where they fight super friendly safe wars where nobody gets hurt and people fight for fun except the battles still matter I guess and function under rules that haven't really been explained so far. Kinda like No Game No life except less serious and not nearly as fun.
Does have this adorable pink haired dog girl as the main heroine though so I'm hoping it gets better https://myanimelist.net/character/39498/Millhiore_Firianno_Biscotti/pics

vegeta8639 Sep 2, 8:50 PM
It was a nice episode too. Horie Yui did a great job voicing her. Really looking forward to what's gonna happen in the next 30 episodes since there's still so much time and we're already at the Shaman fight. In the original anime that was already late late game. Like 70%-80% in. So there should be a ton of new content I've never seen before. vegeta8639 Aug 31, 7:59 AM
Well looks like you're done with that trial part now. So what did you think about the resolution? Looks like the plot is gonna shift in a completely different direction from here on so I'm looking forward to it. And yea I also like Fitoria's type. I like how Naofumi is jogging some of her old memories.

vegeta8639 Aug 30, 1:50 PM
Yea I guess. I could imagine the same things happening even if they're not being quite as graphic/gory about it. I don't know exactly how far into the story you are but the plot takes a pretty big turn near the end so it should be interesting where it goes. Did you like Fitoria? She's one of the few smart characters.

vegeta8639 Aug 30, 10:59 AM
I think Raphtalia's personality shift during the first few episodes was a bit abrupt and not very well handled. Also the side characters suffer from a bit too much retardation at times but other than that I enjoyed the first season for sure. Looking forward to the sequel.

vegeta8639 Aug 28, 5:27 AM
Because I've been growing very distant from the series for a while now and she was the only one on my list didn't have a particularly strong emotional connection to. For me Touhou was always about the character designs and gameplay. Maybe I'd catch a bit of their base personalities from the game dialogue if I bothered to read it.
Also I'm kinda already working under the assumption that I'll have to take 3-4 characters off so pretty much the entire bottom of my list has to go anyway.
Funny you're that surprised since I see a certain lack of emotionless necromancers on your own list XD
It's not like I took Rem or Mikasa off.

But I'll have to do at least 2 more later, possibly more. Ayaka hasn't been in the comic yet so she still doesn't have a page. Trails is getting an anime next year so I'll most likely be able to add Altina. And as far as Genshin is concerned there's also Hu Tao who I might add if she gets any decent story content in the game. That'll probably be it as far as Genshin characters although they could always release more great ones.
Candidates for deletion are the bottom of my list. I love all of them but the competition has just gotten insane. You can notice I put Ganyu all the way up to my 4th spot.

vegeta8639 Aug 25, 11:28 AM
Looks like it's time for me to revamp my own favorites list whether I want to or not: https://myanimelist.net/manga/138079/Genshin_Comic_Anthology/characters

vegeta8639 Aug 19, 5:30 AM
Oh in that case you probably should have just left them on until you're done with your deliberation but if you're doing it literally today I guess it doesn't matter much. So which girl is so similar to Eu but better? I would think Kanade but I doubt that's where you're going with this.

The term you're looking for is "visual novel". But for me anime style games are fine too. As long as it looks like an anime character it's whatevs.
I used to do the 1:1 male/female thing too but then there were just too many girls I liked way way WAY more than any of the guys so here we are. But other than that I think my list is pretty diverse and follows your rules except I have 2 characters from School Days, not that I think it's a problem.

vegeta8639 Aug 19, 4:41 AM
I was gonna agree with you but then I realized you kicked them off without replacing them with those "better" characters so now I am just confused.
In the course of a week I swapped Silica out for Rena and then Rena back for Illya again literally because I saw one scene from Heaven's Feel which brought back a ton of emotions. I don't like how wishy washy I am with some of these. But I don't get how someone could not fill up their favorites list. Even when I made my account I just filled it with whatever cool characters like Kamina and L.

vegeta8639 Aug 11, 4:14 PM
Oh seriously? Well it's not like I read the existing ones past where the anime stopped but it's still good news for Bleach I guess. Presumably they'll adapt the new stuff as well.

Renkini Jul 25, 9:41 AM
When will global have them too?
All Comments