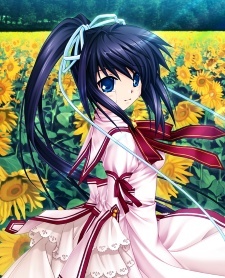 Otaku__Girl Sep 18, 5:51 AM
Hello, I happened to saw one of your posts on the forums, I saw that your profile is io from Acchi kocchi on the forums, its rare to find people who have seen it.

Very rare to spot one of my main favorites, specially since she is from a VN, which was not yet adapted to an anime, and will probably never be, since it a much harder adaptation to do, versus other Key works...
Truly, not a bad way to start morning at all.
Lucia ٩(๑•◡-๑)۶ⒽⓤⒼ

Gabichicaloca Apr 12, 2013 4:29 AM
Hahahaha yep I can see that. That can definitely be frustrating the waiting game... I have a different problem seeing that as I've been out of the anime/manga loop for awhile so I feel like there's too much for me to watch/catch up on... Any recommendations?