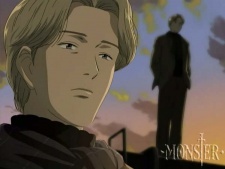 db212004 Jul 6, 2018 7:25 AM
it does around episode 9 man..ya i think they got enough backlash...it really does start getting good..i actually look forward to this anime every sunday.... its hard to recommend to people cause the screaming is just so annoying....i google searched...DOES he stop yelling ever, after the 2nd episode i watched...i couldn't get an answer from anyone..gritted my teeth and carried on..glad i did.

Huss Mar 5, 2018 4:57 PM
Hello :)
I have noticed that you watched Hyouge Mono. sorry if this is out of nowhere, but i really like Hyouge Mono that i actually browsed people who have watched it. Do you mind if i have some discussion with you about the show? i thirst for people who like to discuss it. the thing is most people i know didnt watch it or dont like to discuss things. again i am sorry for coming out of no where, but i dont really know how to start a conversation.

MonochromeSong Aug 19, 2017 5:51 PM
Hi! Oh my gosh, I am so sorry for this late reply! From what I remember, you can watch just the first season and be content. Second season brings up a new story, so its not necessarily a continuation of the first season.

Once again, sorry for the late reply!

deadoptimist Jun 22, 2017 11:59 AM
I don't remember the details all too well, but yeah, that's more or less the same ending as in manga, just with different accents. I don't remember: any Signal people, especially any girl of the like, things like "unable to become spirit"; government also ended up being a complex and conflicted entity. There were some other major factors too, like beastpeople.
Lag's origin and his mother's story in their connection to sun were explained - both in flashbacks and in theory.
So yeah, if you want to fill in some details or read through a fixed version of the ending, I think manga could be useful.

deadoptimist Jun 22, 2017 2:15 AM
Hi! The problem is that I haven't watched the anime, so I can't judge the ending unless you describe it to me. But looking at how the anime was aired 6 years prior to the end of the manga and considering the difference in length, I think it's likely that the ending in anime was largely original.

The manga is pretty decent and it has a definitive ending. But as for answers it's a bit hard to say. I did feel some rush, when they arrived in the capital, not much was said about the life there, they quickly switched to the esoterics of the end sequence, and some reveals were too fast, even if they mostly made sense in the context. But their context is not very consistent in itself - Niche is a walking plothole, for example, since she is a completly unique being. There're some scary moments in the end and they're good though.

All in all the ending wasn't outright bad and there's a lot of content that couldn't be adapted. If you're interested why not give it a try? The manga gets on track at ch.30, and anime had to go through the earlier fluff.
Also I think that the moonscapes would be more striking in black and white too.

deep3anime May 23, 2017 1:12 AM
Hai i found a couple of episodes at maruko at https://9anime.is/watch/chibi-maruko-chan.2472/424ql7. If you find where i can see all episodes please inform all the MAL COMUNITY including me.

BowlingJD May 17, 2016 11:35 AM
I would say the original OVA first and then the movies as they are in the same timeline. Plus, the tv series is separate from everything and I don't think as good.