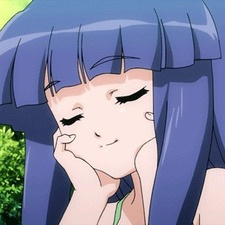 Timbsoka 8 hours ago
Hey, it's been a while. Hope you've been well! :)

GodOfWolves Sep 14, 1:28 PM
Hey there, found you randomly in a thread about random friend requests haha, - anyways, I looked at a bit of your favorites and the games, seems you're really into horror themes and thats whats up lol

You should totally check out Ghost Hunt - it had some dark scenes to it, also slice of life so some part areee, somewhat eh, but overall it wasn't too bad i kinda been thinking of rewatching it but just never have,
[/url="https://myanimelist.net/manga/122663/Tower_of_God?q=tower%20of%20god&cat=manga]Tower of god Mana[/url] - this story starts out - words don't describe it goes from weird to cool to everything in between - but a lot of characters seem to have some dark pasts, and things aren't always so nice and playful - tons of betrayal - ya might like it - i was never really a manga fan, but its certainly more fluid like to read, or easier on the eyes - probably because every page is colored, which i'm not sure ive seen many manga like that lol
Oh yeah and the anime was ok for the first 6 episodes from then on they butchered the rest to fit 80 chapters into 1 season,,, it was not good...

BannedAkko Aug 28, 2:39 AM
Yeah I’ve been on my keyworker shit all this time too. Yes I have heard of vtubers. Have you heard of project Melody? Caused quite a storm not long ago lol. No mention of Brandon. Weren’t you guys planning to meet up? I guess corona has put the brakes for that for now. Maybe you two could do a you to be video together or something? I’m sure you have plenty of ideas already for content. Or maybe you want to keep your private life out of it?

BannedAkko Aug 22, 9:01 AM
We don’t see you about the forums so much anymore 😢
You should take another look at my profile. See what it has become since you introduced me to underground vocaloid 🤗
I hope all is well with you and yours 😺

SteelingMax Apr 18, 12:16 PM
Gotcha, so, they're basically doing it a chapter per episode adaptation, it makes sense since the manga is double the length of the usual chapter because it's monthly and not weekly.

I'll probably start reading it today, but if i don't get used to the style and composition of the art i might switch to the anime.