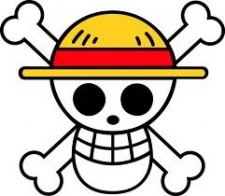 Necromancer13 Jul 26, 2013 8:25 AM
Hey there! I have chosen you to do a survey for an upcoming club idea and i would like your opinion on it, even though i might not know you lol. My idea was to make a club where people could watch anime together and do other anime related things. People who live around the same area or city can come together for offline meetings if you so wish, and hopefully we'll have districts or branches set up to accommodate people who live in other cities. Most people I have found don't have real life friends who like anime, and instead, have friends online. With this club we could do a bunch of things to have real friends who like the same thing! If this was a club would you join? Please inbox me your answer and the problems you see.

xDiablo Apr 25, 2013 6:35 AM
Would you mind checking out my now official first review. Just good criticism of what i could improve or maybe spelling errors. I tend to have a lot since my keyboard doesnt work at times. I like your opinion since you help me my first time to get started. I will link it.

i,m damn glad there is NO yu yu hakusho remake or reboot, i mean that basicly would be an rape to the franchise, same what they did with the dragonball kai , for kids that justr living rushed lives they HAD to cut all the good stuff out and speeding through it, without even considering other saga´s like buu. HOW IN THE HELL can u try to remake something from the Original and try to make it better looking than the manga itsself.... with loads of it i just stick at the Original, cuz that created the ´spark´of the story.

but i will give jojo´s adventure 2012 version a chance, but thats it!

Rasti_m23 Apr 12, 2013 2:00 AM
Reborn I didnt see but the animation style looks old and from what you said yes i think it could use one. And wait they ended it? Are you sure it's not on hiatus or something?

Oh heck yeah. Kai isnt good enough and GT has the potential to become very good. Gt was so random and so many plot holes it's incredible. Actually yeah it's not dragon ball anymore gt is a series of it's own.

HSG and Claymore I didnt watch but I was planning on it but if you say the anime is far better then i'm there ! Thanks for that.

Filler's no problem. There were barely any ! But me myself really enjoyed whatever fillers it had. But I though think it was done very right. Dare I say it, better than the manga. Especially the latest arc. In the manga its terrible but so far the anime actually made it ... pretty good !

Dang, you have a lot of animes you're not satisfied with, eh?
What about say one piece, bleach, naruto. Other than the fillers were you satisfied with everything about them? Voice acting, faithfulness to the manga, animation, pacing and all that stuff.

Oh and what's your top 5 anime in order?

So wait its going on hiatus right? If only one piece did that. It would be greater than it already is. All they do is drag and fit one chapter in one episode -.-

Only series I want a reboot for are Yu yu hakasho (I deparately want one for it), katekyo hitman reborn and dragon ball- any of the series but especially gt since it was so random and .. stupid at times. (I know there's kai but it's not gt and I want a better one). What about you?

"Fairy Tail is an above average shonoun anime series."

That is how you end a review, not begin it.

"It's based on a great manga series"

Great for whom or what? That is not how you describe something, especially one many now make fun of.

What is a shonoun? XD

No ti isn't. This is something only desperate for more shounentards would watch. And only to appreciate the other shounen more.

Starbalest Mar 29, 2013 1:46 AM
Saw your Zetsuen no Tempest review and I completely agree; especially with the fact that you'll either like the constant Shakespeare quotes or find it annoying.
It's just one of those love/hate series.