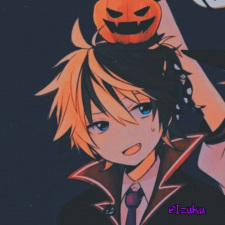 Greyleaf Sep 3, 2019 11:34 PM
Bro! Have you heard about the Uzumaki adaptation in the works? It actually looks like it's going to be really good.

I just find Letterboxd to be really convenient overall, and I just like the simplicity of the UI.

Oh, speaking of horror, I also made a list of my top 20 works of horror if you wanna check it out: https://letterboxd.com/greyleaf/list/good-horror-ranked/ I'm not exactly a huge horror buff, but these are just ones that I really enjoyed, or found to be a cut above the rest.

Greyleaf Jul 15, 2019 7:58 PM
Hey dude! Sorry, I've been a bit inactive these past couple days. Really been trying to get back on my movie game, haha. Are you on Letterboxd?

I hope you enjoy Steins;Gate, man! It's one of the two series that got me interested in anime again as an adult, and the fact that I've now seen it three times and continue to consider it an all-time favorite of mine really testifies to its quality. Even as my taste within the medium has matured, it's always felt relevant. Anyway, I hope you end up liking as well! ^_^

Btw, you absolutely need to watch Mononoke. If you're enjoying Aku no Hana for the art style, I guarantee you'll love it. Frankly AnH didn't appeal very much to me, as I frankly found the manga to be much better and I'm not a fan of rotoscoping, but to each their own! Anyway, here's a short review I wrote on Mononoke: https://letterboxd.com/greyleaf/film/mononoke/

I also just watched the film The Witch a couple nights ago and loved it. Thought you might be interested in reading this as well (this one's extremely short): https://letterboxd.com/greyleaf/film/the-witch-2015/

Greyleaf Jul 8, 2019 8:56 PM
Yeah man, I wanted to throw your name out because you're one of the first people I started talking to frequently on here earlier this year. You can check it out here when you get the chance (it's pretty lengthy though, you don't have to read the entire thing or anything haha): https://myanimelist.net/forum/?topicid=1787100

That's awesome you enjoyed Gantz so much. Idk, the premise never really appealed all to much to me, especially with the brutality of the manga (from what I had heard). Not sure if we had discussed this before, but the type of horror that appeals to me is the more atmospheric stuff like Itou, or in films such as The Shining.

As for the blog, I had a few entries up, but removed the majority for now, as I'm in the process of moving them to an actual wordpress blog in the future. Idk when that'll be, but I'll let you know xD

Greyleaf Apr 2, 2019 7:46 PM
Ahh I gotcha dude. I have those times as well. Anime is my main source of entertainment nowadays, but even I still take breaks from it when I'm feeling a bit burnt out. I haven't been watching anything today, focusing on my writing instead. If you're interested, I just finished my latest blog! Only if you have the time to spare, of course :)

Greyleaf Mar 26, 2019 3:06 PM
For sure man, I do appreciate the consideration! :) I'm just all over the place with my viewing/reading habits. Sometimes I'm in the mood for horror, then I could go for 3 weeks without it, in favor of watching simple slice of life shows, etc. xD

Greyleaf Mar 20, 2019 2:26 PM
Haha yeah, the only reason I tend to avoid challenges is that I feel like it inhibits what I could be watching/reading, or I just feel like I need to put my time into something for the sake of completion. I've never been a challenge-seeker or completionist for any medium, really. But if you enjoy doing them, awesome! :)

Greyleaf Mar 18, 2019 5:58 PM
Hell yeah, dude! I'm glad you enjoyed it. It's amazing to see how he was able to take something as mundane as a shape and make it horrifying, huh?

Also, When They Cry is sooo disturbing lol. I'm 16 episodes in and I have no idea what the hell is going on, but in a good way. This might be the best mystery series I've seen in a long, long time. :O

Yeah dude, just be prepared for a very slow, relaxing show. Archaeon's reviews were actually what first inspired me to take a look at the show to begin with: https://myanimelist.net/reviews.php?id=1839 That dude is a tough critic, so to see how Aria the Origination was one of his only two "10"s out of over a thousand shows was what really got me interested, haha

Dude yes, you'll love Higurashi. Without a doubt. This show, so far, is a master of tone shifts, which is why it's so damn creepy. One minute all the girls will be happy together at school, and then the next thing you know they're all murdering each other (don't worry, that's not a spoiler, but actually a plot point. You'll understand after like 5 episodes). Shit's really disturbing xD

Greyleaf Mar 17, 2019 1:20 AM
Dude yeah, When They Cry is fucked up lol. This is the first genuinely disturbing anime I've seen :O

Greyleaf Mar 16, 2019 7:01 PM
Haha, yeah that's one way of interpreting it. I didn't think much about that episode at all after I finished it. Well if you continue on with Yamishibai, maybe send me some individual episodes you liked from the later seasons? I have all of them readily available on Crunchyroll so I'd be down to watch a random episode here and there xD

Dude, thanks for taking the time to read it! I stress what I said though, it's not a series for everyone. Many people will find it unrealistically optimistic, but frankly that's what it's meant to be. It works as a pick-me-up for when you're feeling down, and performs its job in that regard to perfection. Plus the final season is just the most complete, fulfilling piece of media I've ever experienced. :)

Hell yeah, looks short and sweet! I'll definitely read it when I get the chance! Also I have an anime recommendation for you: When They Cry. I'm only a few episodes in, but I have a feeling this series is going to be truly disturbing. A lot of people consider it to be the only worthwhile work of horror in the anime medium, but they also say it doesn't "get good" until the second season. Idk, I loved the first four episodes, so we'll just have to see :D