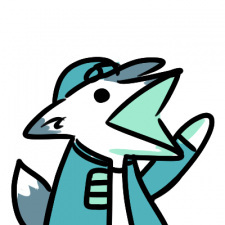 betaweeb Oct 28, 5:19 PM
first of, congrats and good luck with the undertaking of this journey.

about the manga or anime question, i'm for the most part a one piece anime fan, as it's a show that was with me for almost all of my life and i still recommend it, despite the anime's clear flaws (and in general, i'm more of an anime guy than a manga bro). that said, there's a pretty wide consensus about the manga being better, due to less prominent pacing issues (that can be felt throughout most of the anime, especially later on) and more consistent art. so if that convinces you, you can go with the manga, though you'd be missing out on the regular anime experience, you know, of moving pictures, color, acting performances and in one piece's case, a killer ost, though it's definitely the way to go if you want to save time.

regarding the overall quality of one piece and differences between arcs and so on, i'd say despite some people say "it only gets good at x", i think it was very good and charming since the beginning, where you can already see and understand a lot of its appeal almost then and there and became amazing at the alabasta arc and peaked at enies lobby and the solo luffy arcs (stuff like impel down and especially marineford war).

even though, weirdly enough, in my opinion, one piece somehow got this reputation in the community, especially recently, as that one battle shounen that is "actually good" and consistent and what not, i'm of the mind that after the timeskip the quality kind of plummets, which is very much a shame to me, but it doesn't seem like most agree on this, as hype for one piece is still very much alive, even when in my eyes, that is kind of a stockholm syndrom of fans loving it since they were with it for so long, even if it hasn't been that good in like a decade.

some would argue it's an anime problem and though a lot of the pacing issues are centered post time skip (after episode 500-ish), i think it's a writing issue and the manga won't be that much better, but i won't elaborate (unless you want me to).

there are a ton of awesome moments and fights throughout the series so i'm not sure what more to specify, but be prepared for emotional backstories i guess.

i hope i didn't bum you out with my take and even if you'd end up sharing it, there's still fun to be had in those much later arcs as well and most of the first 500 episodes (or manga equivalent i guess) is the kind of adventure and experience that can easily make you a fan for life and make the show a personal favorite, if you like these kinds of shows, with battle shounen hype and a huge, engrossing and insanely dynamic worlds.

betaweeb Sep 23, 12:56 AM
i think jjk owes a lot to its predecessors, the author himself expressed what an inspiration bleach was to him, which is something that could be felt in the character designs, the battle system and how it kind of builds towards these epic, ultimate techniques and so on. i also think you can feel the naruto influence with some character traits and dynamics, like the main trio and gojo. if any of this sounds good to you along with what was previously said, you could watch one of those, as long as you have a filler list at hand (so you could skip those) and adjust your expectations, since these shows are often much slower and less refined than something like jjk, due to their format and age.

other than those and as i said prior, my strongest recommendation would be hunter hunter, its battle system is a lot more unique and stands out from the crowd in the battle shounen landscape, the 2011 adaptation is somewhat of a miracle i would say, with how great the production values were (from the music, to the visuals) and how they remained fairly consistent for the entirety of the show's runtime of almost 150 episodes.
the biggest draw of hunter hunter though is its writing and how it kind of takes these tropes of naive, bright eyed, super talented and kind main characters and confronts them with a world and story arcs that get increasingly more dangerous, cruel and grim. but it's not pure edge, as the result of this can vary from terrific character growth, epic conflicts of ideas and heartbreak, to super wholesome and unforgettable relationships and bonds created in the face of the show's escalating adventures. maybe i should mention potential drawbacks of the series (though i personally don't view these as such). the show has a very long arc, which is also very different in some ways than most that came before it and it's kind of divisive, as some people really dislike its pace and occasional long-winded narration, but some consider this arc to be the best of the series (and one of the best in anime), filled with fresh ideas, awesome and incredibly written antagonists and many fresh and surprising ideas and twists, which as you may have suspected, i'm of the latter.

i hope i didn't over sell it and created unreasonable expectations for you, as it is my all time favorite, but i just truly believe hunter hunter is the series that truly delivers on the premise of a battle shounen the most, which is already a formula and genre i gravitate towards.

betaweeb Sep 22, 8:51 AM
i'm a pretty big shounen guy, at least regarding the main ones, so depending on what you're looking for, i would recommend a lot of those.

the question is, what kind of long running are we talking about? my most immediate recommendation would be hunter hunter (2011), but if you're looking for something that has even more meat (quantity wise), you could definitely go for one piece, gintama (though that one skews more towards the comedy side of things, especially early on), naruto and so on.

about the two you've mentioned, i personally think people are way too hard on bleach, i admit it is my least favorite of the big 3, but it still has a lot to offer and could definitely be more to your liking, depending on your tastes.

i dropped black clover super early on due to what was basically an insufferable performance for the main character, but i heard it gets better and i have seen some clips of it that seem pretty hype, so based on that and what i heard from fans, it seems like a good time to me, though maybe for this one the dub is actually the way to go and it might be more suited to when you are done with most of the big ones and kind of want an off brand battle shounen to hit that spot.

i'm happy to elaborate more, if you want to hear about one that really seems like your cup of tea, or looking for particular elements more than others (for instance, bleach has great charcter designs, the most swag and some awesome world building that is often overshadowed by one piece's world building that is even more impressive, along with a much more lighthearted tone, naruto has the best fights by a large margin, with some of the most memorable characters and villains and i could go on).

betaweeb Sep 12, 5:54 AM
I respect that and I can totally see space dandy as a show that feels natural in dub. It’s still not really my scene but maybe i’ll Try to watch one of my favorite episodes in dub at some point just to see if I feel the same, I don’t mind an excuse to see episode 9 again.

betaweeb Sep 12, 5:30 AM
Oh I’m definitely going to watch it. The thing is, that I actually promised an irl friend to wait for him so we could talk about it as we watch during a similar time period so it might take me a while, but I plan on finishing it.
A bit of a shame if it’s not as good but glad to hear that there are still high tier episodes or moments.
I don’t really watch stuff dubbed, kind of a sub purist, but if you have like a YouTube clip on hand to showcase what’s great about it, I’ll watch that.

betaweeb Sep 12, 12:38 AM
thanks! feel free to message me whenever about whatever.

Baka3301 Aug 23, 12:21 AM
yeah i suffer every episode. but i have to. as a true naruto fan ;-;
i literally hate all the boruto characters ngl. im only here cause my man naruto's the hokage