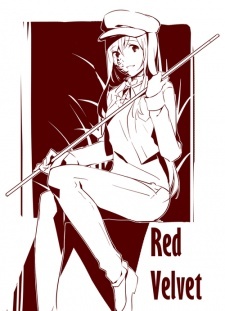 OneChad Jul 2, 7:11 PM
Eyy man can i ask you a question, i was checking this Summer 2022's shows and i found the original creator of White Album 2 being the script writer for an original anime called 'Encage Kiss', so i checked his works and found White Album 2 with your review. Do you still think white album is a 10/10? and can i watch it first before the 2009 White Album anime?

SomePeople99 Mar 22, 7:12 AM
just finished kazusa route in the VN. i just wanna say that i like your WA2 review

Yeah. That should fix things. As I alluded to, that is definitely an option. Simply, write another short story. Given that we're reading the story from his point of view, it would be the case. Another option would have been to switch points of view but that probably would work better with a longer work. Or quite simply, you could even write the same story from the point of view of the Spider Girl. Then the stories would work together as a pair. That might be interesting in its own right.

ABHISHEKV Sep 7, 2016 9:07 AM
Right, so my thoughts on your fan fiction novel. This isn't much and I am not that adept at giving a critical analysis but I'll just offer my two cents on the matter.

First off, I can see where you got the Re:Zero inspiration from. I know very little about Dark Souls though. I assume that this is the first time that you have actually tried writing a fan fiction novel and for a first time, it was really good. You definitely have potential. As for the story itself, the initial section was solid. The environment description was on point and it certainly tingled my imagination. The usage of words was apt and it was really effective in easing the reader into the world. That entire section was also effective in piquing the reader's interest (I probably shouldn't speak in general but it was certainly the case with me). At some point, I was very interested in what the Spider Girl was all about.

Next (and pretty much the rest of the sections), I can't help but feel that there should have been a little more content here. The Spider Girl and Sister section was way too short. I wanted those characters to have more exposure or more like, they should have been given more exposure. Given that, this was an experimental fan fiction, I don't blame you and simply the fact that I wanted more is a testament to how good your novel was at hooking me. If not, I wouldn't have said this. The ending (or was it the epilogue?) was sweet. I am a sucker for happy endings like that so no problem there. If there was a little more to the middle section, this would have been a great short novel. It's still very readable and your potential was clearly illustrated there. And I seriously wouldn't mind reading any new creation of yours. More than welcome.

Apart from that, there were a couple of typing errors but that is inevitable I suppose. Also, that one picture of the Sister and Spider Girl hugging was pretty darn good. Not sure how helpful my thoughts were, but that's pretty much it. If there's anything specific that you want me to comment on, let me know and I'll do so. It was an interesting read :D
All Comments