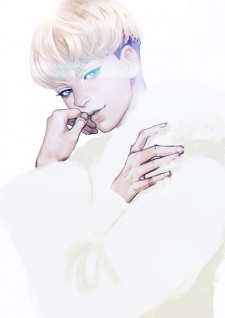 You're forum set is pretty great too.

NeonStarrzzify Jul 25, 2018 12:45 PM
Hey! Sorry for the late reply. I just saw your message. I assumed everything was still down, but it’s up and running for the most part. So we may be able to go back to PM. Anyways!

Sorry that they’re cooking with an ingredient you get sick of. Which ingredient is it?

Oh my goodness XD That sounds like a whole lot of stuff. That’s good that the currency is good. It seems those two bags may not be able to hold all of your stuff. Is there more stuff you may be searching for to buy?

I’m a big scaredy cat when it comes to roller coasters. Glad you have fun on one though :3 It sounds fun, but also scary XD

Yes I am. I actually really like. Especially the mood. There is quite a bit of mixed feelings, but 8’m sure it will get resolved. A lot of the characters I do recall from other episodes, OVA’s and movies. I think there’s only like 2 new characters or just 1. Everyone else is from the other stuff. Also there were OVA’s that happened right before season 3. Luckily I found it on YouTube before they had the chance to take it down. Only one team translated it and kept it on their tumblr. I would have never been able to find it if not for that person putting it on YouTube. I feel bad, but hey, as long as I watched it. I’m content.

SlyBlue08 Jul 23, 2018 9:14 AM
Here I am, shamelessly replying almost 20 days late, when you're already back. I was writing a reply early for once, before you would travel, but when I was going to write my opinion about Devilman Crybaby I got stuck, and just stared at my screen for twenty minutes or so-- Since I was overwhelmed and completely clueless. Now, for the long awaited reply.

I was genuinely happy and excited when I found out you're going to China! I've never been to the eastern part of Asia, and China has always been in one of my "must visit countries" list. I definitely want to see pictures, and know about the things you did over there!
The new apartment is a lot more comfortable than the previous one, and luckily, it's super close to my college campus. The building itself is quite old though, so that's the main downfall.

The forums got me by surprise as well, I think it's about time they bring them back. I usually check the forums before watching an anime as well, and mostly for when I just finish an Anime, I go and read people's overall opinions. Aarinfantasy, huh. Last time I checked it, the website itself didn't open.

Now, about Devillman Crybaby. To be completely blunt, my main thought after finishing it was "What the actual fuck did I just watch". It was not my kind of thing at all. I really didn't like it. I was expecting it to be different, and I already had the idea of reading the Manga after watching it. Mainly, the extreme gore and the emphasis on the sexual concepts and scenes weren't to my liking. I mean, I do like gore to some point, but I don't like it when it reaches the level of intestines flying all over the place. And I suppose uncensored naked ladies isn't really my kind of thing. lol I do admit that the anime had a huge impact on me, it was definitely like no other anime I have watched (some similarities to Parasyte though). But in the end, I don't see much point of it after it ended it that way. The characters didn't leave much of an impression, most of them felt bland. One of the best scenes in my opinion, was when
Miki got killed! I did not expect her to die like that at all, it was quite an intense scene
I am more curious about why you liked it so much! I need to know what other people saw in this Anime which I didn't see.

I used to watch plenty of documentaries on TV way back, that sure brings back memories. Nowadays, I hardly ever watch anything other than Anime. I never was a "TV series" kind of person, so I barely know any of the big names. Ugh, Cowboy bebop is an anime that I despise so much, I started it over a year ago, and haven't even finished episode 8 yet. I will never understand why it's so popular. I can suggest trying to watch gameplay videos on YouTube, they've got a similar feel to watching anime, while having this reading a Manga/novel feel, it's definitely a different experience. I think around two years ago, I got hooked on watching the DRAMAtical Murder gameplay, that was so fun. A month ago I tried playing some of those BL otome like games on the PlayStore, that's also a new kind of breather.

Sorry for the long reply, I would feel rude if I replied with something shorter than yours. Haha

Awesome! Thanks! Can’t wait to see the photos. I say just get any merch or objects they don’t sell back at your home or is at least hard to come by. Are they small or big bags?

Oooh~ That looks and sounds fun :0 Perhaps I’ll look into it soon. I know all the characters on your card except one XD

SlyBlue08 Jun 27, 2018 2:05 PM
Hey there! It's pleasant to see you blessing my profile!
Not bad, how about you? Things were pretty damn hectic. Around my finals, I also happened to be moving to another apartment, so it was simply exhausting. And a week after my finals, summer semester started while I was still adjusting the new apartment and all. I finally get to rest properly now, today was my first lazy day in a while!
Oh yeah, MAL was being such a pain. Last time I updated my lists, it was the end of May, then one day I opened it, and it was a mess. Couldn't access my account, and when I finally managed, I had problems accessing my profile and lists, it finally got solved a few days ago though.
Wow, travelling truly is the best breather there is. Where to?
For anime, I haven't been watching anything for almost the past two months, but today I finally caught up with the weekly episodes of Boku no Hero Academiya S3 and Steins;Gate 0. Within these days, I'll try to catch up with Nanatsu no Taizai S2 as well, and start watching Persona 5 and Devilman crybaby (FINALLY).

NeonStarrzzify Jun 26, 2018 11:40 AM
Your trip sounds very exciting! When you get back, you gotta let me know how it went, okay? Also show my pics of all the stuff you bought.

I always get e cited when finding Shounen Ai or BL manga at thrift stores too XD That’s awesome that you found Loveless! I had watched episode one of the anime and I guess I never continued it. It was about four years ago, so my memory is a little fuzzy. Most of th time, the manga has more material. I always love the anime that stay close to the manga, it’s just cool to see the scenes animated and it’s easier to keep track of versus finding the books online or going to buy them, especially if the series didn’t catch ones attention. I always buy manga that I like and have read at stores to show support and because I love them.

After you read volume 1 & 2, are you going to find the rest?

NeonStarrzzify Jun 25, 2018 2:50 PM
I’ve been anxious as well DX I’ve been wanting to message you, but I couldn’t. Since this area was available on profiles I found my chance XD

That’s cool that you’re going to China. What are you going for?

We’ve been talking for about... I think two years? It’s okay about communications. We’re both pretty busy so it’s understandable. I hope you’re doing well overall.

NeonStarrzzify Jun 24, 2018 1:17 AM
Hey I haven’t been able to access the inbox- well they’re still inactive. I do still have your message though. Just wanted to say hi and check in on ya. As soon as the inbox comes back up, I’ll reply! I miss ya!

SlyBlue08 Apr 6, 2018 8:53 AM
That sounds like so much fun! I personally don't like dealing with kids, but my sister was always telling me how she wanted to work part-time at a daycare. I'm happy you got a job you enjoy.

It was pretty cool! I didn't to see the stage that much though, was hanging out with acquaintances there, and on one of the days we were preparing a surprise for an acquaintance's birthday too. I also did a treasure hunt thing for my Instagram followers or random people at the convention. I basically hid a number of drawings as gifts around the convention for whoever finds them. It was an interesting and new experience.

SlyBlue08 Mar 6, 2018 2:34 AM
Mind telling me what kind of job it is? If you don't want to, that's fine too.
Nothing's new, really. It's the typical annoying cycle of getting up early, suffering at uni, coming home late and craving for some proper sleep and food. But I did go to a comic/gaming convention a few days ago!

SlyBlue08 Feb 25, 2018 3:31 AM
Seriously, don't sweat the small stuff!
Uni pressure is already starting to take a toll on me. How about you? Are you getting used to your job?

SlyBlue08 Feb 14, 2018 9:17 AM
I don't want to seem annoying, but Happy Valentine's day!
Last year, I was surprised to see you saying it to me, and I just had to return the favor this year! Hope you managed to get some goodies on sale.
All Comments